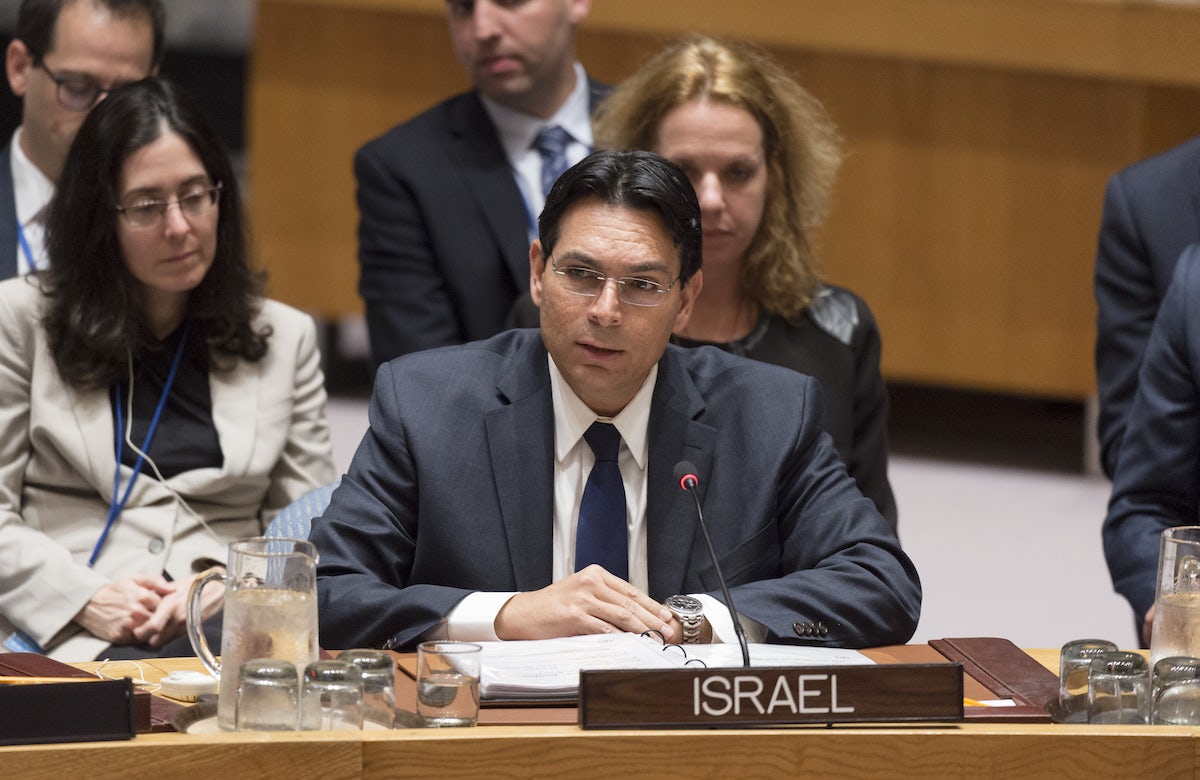 On 22 August, the World Jewish Congress and the Jewish National Fund honored Israel’s Permanent Ambassador to the United Nations, Ambassador Danny Danon, during a virtual gathering as the ambassador prepares to leave his post.

Ambassador Danon has served as Israel’s 17th Permanent Representative to the UN since October 2015. Prior to that, Danon was a Member of Knesset from February 2009 until August 2015 and served in several leadership positions, including Deputy Speaker of the 18th Knesset, Deputy Minister of Defense, and Chair of the Committee on the Rights of the Child.

WJC President Ronald S. Lauder opened the event, speaking to Ambassador Danon directly, saying, “It is with pleasure and gratitude that we meet here today to wish you farewell and to thank you for all you have done for the State of Israel and the Jewish people as ambassador of Israel to the United Nations.” Lauder proceeded to discuss some of Ambassador Danon’s most impressive accomplishments during his tenure at the UN, such as bringing over 100 United Nations ambassadors to Israel and being elected as Chair of the Sixth Committee.

“More than all this, you set an example for us all as a proud Jew and a proud Israeli who spoke truth to power in an unfriendly environment each day, imparting the reality of who the Israeli people really are and the peace they aspire to, and what Israel really stands for, namely freedom and democracy,” Lauder concluded.

In honor of his work, the World Jewish Congress and Jewish National Fund awarded Dannon a certificate in recognition of his outstanding example of Israeli leadership on the world stage.

Following the presentation, a short video highlighting Ambassador Danon’s career, as well as his willingness to speak out against antisemitism and the Boycott, Divestment, and Sanctions movement, and in favor of Holocaust remembrance and the State of Israel, was shown.

Danon concluded the event by thanking the WJC for its support of Israel, especially in the United Nations, and for its diplomatic activity on behalf of Jewish communities across the world. Reflecting on the progress made during his tenure, Danon noted that his next goals  are for Israel to create a vaccine for the coronavirus, welcome tourists back, and receive a seat on the UN Security Council.