WJC President Ronald Lauder welcomes Israel's envoy to UN, Danny Danon: This is a man who stands up for Israel 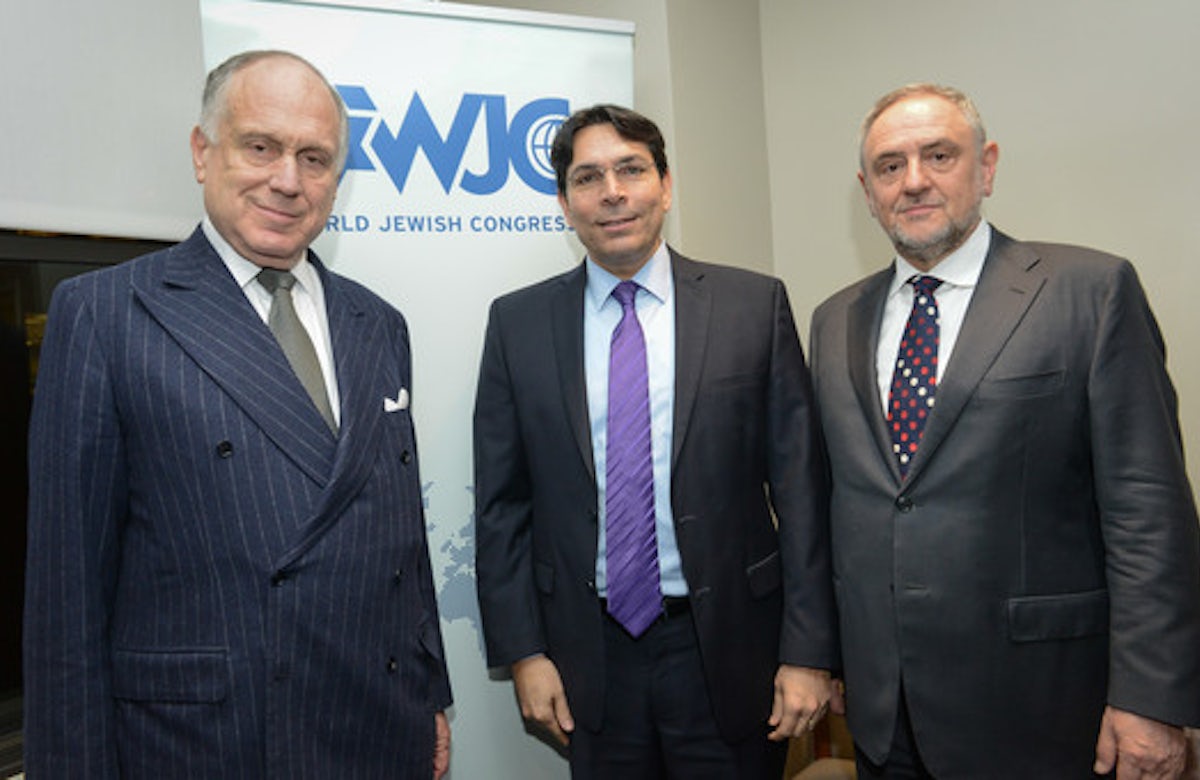 “In the short time that you’ve been here, you’ve already done so much,” Lauder said, telling the approximately 50 Jewish leaders gathered for the briefing: “This is a man who stands up for Israel.” 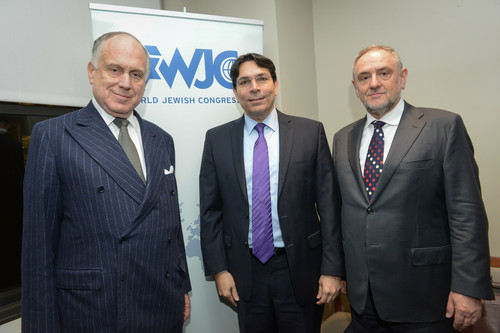 Danon replaced former Ambassador Ron Prosor two months ago as Israel’s 17th Permanent Representative to the United Nations. At the time of his appointment, Danon was serving as the minister of science, technology and space in Prime Minister Benjamin Netanyahu’s government.

In the off-the-record briefing, Danon sounded an optimistic tone at Israel’s chance of defeating anti-Israel resolutions in the United Nations. Israel can be proud of what it has already achieved over the last 67 years, Danon told guests..

In addition to leaders of the Jewish community and members of the WJC Jewish Diplomatic Corps, guests at the reception and briefing including the mayors of four Israeli cities.

In the two months since Danon has taken office, he has faced a number of anti-Israel resolutions being passed by the international body. In an address before the General Assembly on November 23, Danon lamented the resolutions and called on the UN to focus instead on demanding that the Palestinian leadership make “difficult decisions” in the name of peace.

“We look forward to the day when the Palestinians finally recognize the right of the Jewish people to a State in Israel. We look forward to the moment that Palestinian leaders follow the path of President Sadat of Egypt and King Hussein of Jordan, who bravely grasped Israel’s extended hand for peace. Their example is testament to the fact that peace can only be achieved through direct negotiations,” Danon told the General Assembly. “When that day comes, the Palestinians will find a partner for peace.”