WJC ANALYSIS - After Putin's visit: Are Israel and Russia inching closer together? 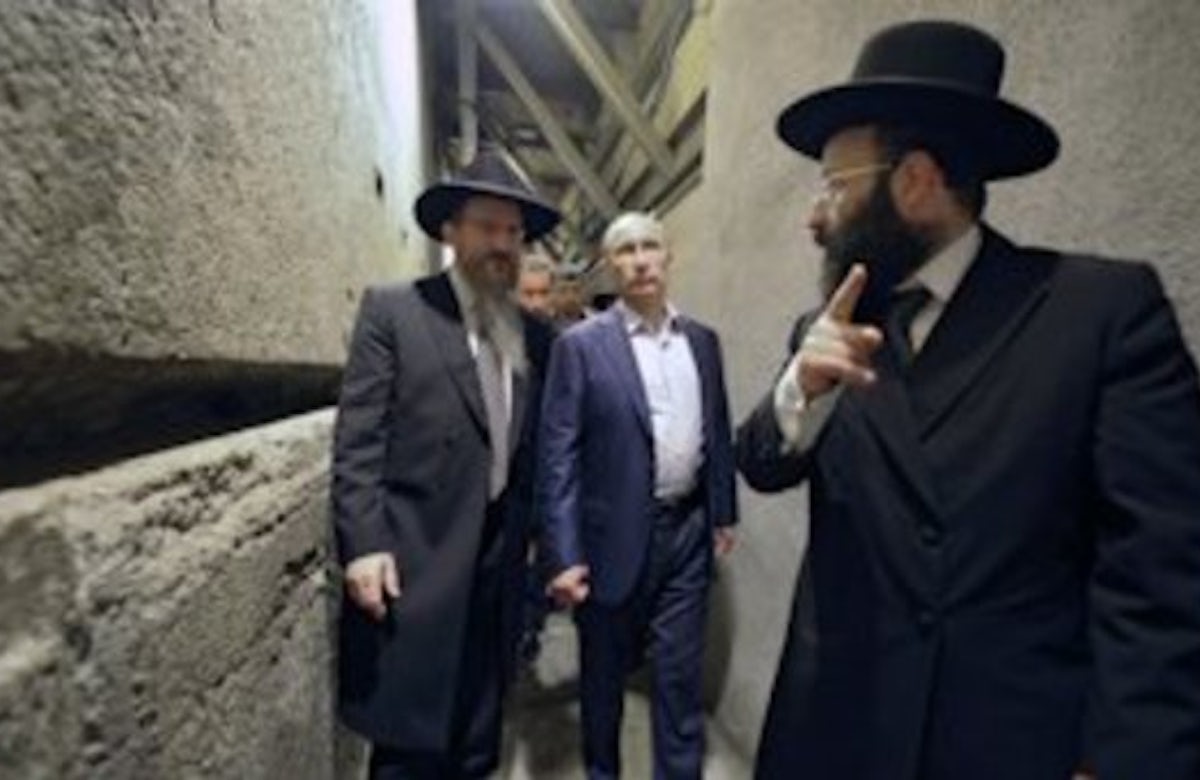 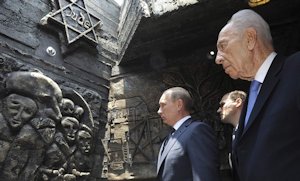 Last week, the president of the Russian Federation, Vladimir Putin, paid a visit to the Middle East including Israel, the Palestinian Authority (PA) and Jordan. Putin’s decision to begin his tour in Israel, along with the large size of his delegation, indicated that Israel was the focus of the visit, while the PA and Jordan were of secondary importance.

Israel and Russia disagree on many fundamental policy issues, none more important than nuclear Iran. However, the two countries agree on another, no less relevant issue that dominates political discourse in the Middle East: the concern over the advent of the Muslim Brotherhood to power across the Middle East and North Africa.

Putin’s arrival in the region must be viewed in contrast to President Obama, who has yet to visit Israel. The Russian leader’s visit to Israel might have been an attempt to align himself with America’s 'best friend' in the Middle East ahead of the US presidential election in November; laying the groundwork to either face a second Obama term or change the course of American policy, should Romney win, together with Israel.

President Putin’s visit was clearly calculated to be the mirror image of Obama’s last visit to the region. In a similar manner, while Obama chose to talk to Palestinian Authority President Mahmoud Abbas in his first overseas telephone call as president, Putin and Israeli Prime Minister Netanyahu spoke on the phone immediately after Putin's return to the presidency in May. 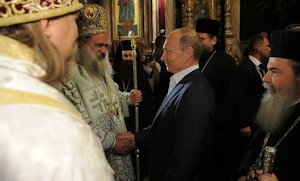 What’s more, not only did Putin begin his tour of the Middle East in Israel, he also made a point in visiting holy Christian and Jewish sites, while entirely skipping the Muslim shrines. He met with Christian and Jewish religious leaders but avoided meeting any Muslim clergy. Even when visiting the Palestinian Authority, Putin chose to come to Bethlehem – a Christian site – rather than Ramallah. Whereas Obama chose to reach out to Islam and the Palestinians during his famous 2009 speech in Cairo, Putin chose to appear as the defender of Christianity in the Middle East, outreaching to Judaism and playing down the Palestinian case. Putin’s gestures gave a clear signal to Syria, where the Christian minority is standing behind Bashar al-Assad in opposition to the advent of the Muslim Brotherhood (and, possibly al-Qaeda) to power.

Given Russia’s strategic interests in the region, it is likely that Putin’s remarks in the course of the trip on the importance of resolving the Palestinian problem were intended as mere courtesy to President Abbas. Indeed, when he insisted on negotiations instead of unilateral steps as the right path towards the resolution of the conflict, he practically endorsed Israel’s stance on the matter. Moreover, while in Jerusalem, Putin visited the Western Wall and the much-disputed Western Wall Tunnels, which the Palestinians claim belong to the Waqf (the authority that controls and manages the al-Aqsa mosque and its surroundings),  in addition to allegedly undermining the foundation of al-Aqsa.

Putin, accompanied by rabbis, gave statements that underscored the joint heritage of Christianity and Judaism. 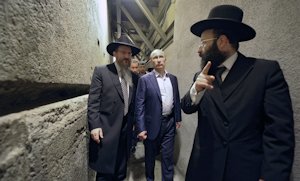 The Russian president’s moves in Israel are alarming the Palestinians. Russia is a leading member of the UNESCO committee deciding whether the area around the al-Aqsa mosque will be formally recognized as a Palestinian heritage site. In view of Putin’s visit to the Western Wall and his statements there, it will be difficult for Russia to sustain the Palestinian request.

However, while the PA did not enter into a conflict with Putin on the issue of Jerusalem, its rival Hamas was free to harshly attack the Russian President, calling on him to take back his statements.

The United States’ outreach to Islam bears special concern for Russia as it threatens to stir its own huge Muslim communities that may ask for US backing akin to American outreach to the Muslim Brotherhood. Putin may rightfully assess that Israel could have similar concerns about the advent of political Islam on its threshold.

One should not be deluded into thinking that Israel and Russia have become fast friends and strategic allies. Regretfully, Russia's best friends in the region are the rogue states of Iran and Syria. Yet, the shared concern regarding the advent of the Muslim Brotherhood and its welcoming by the United States, bring Russia and Israel a little closer.