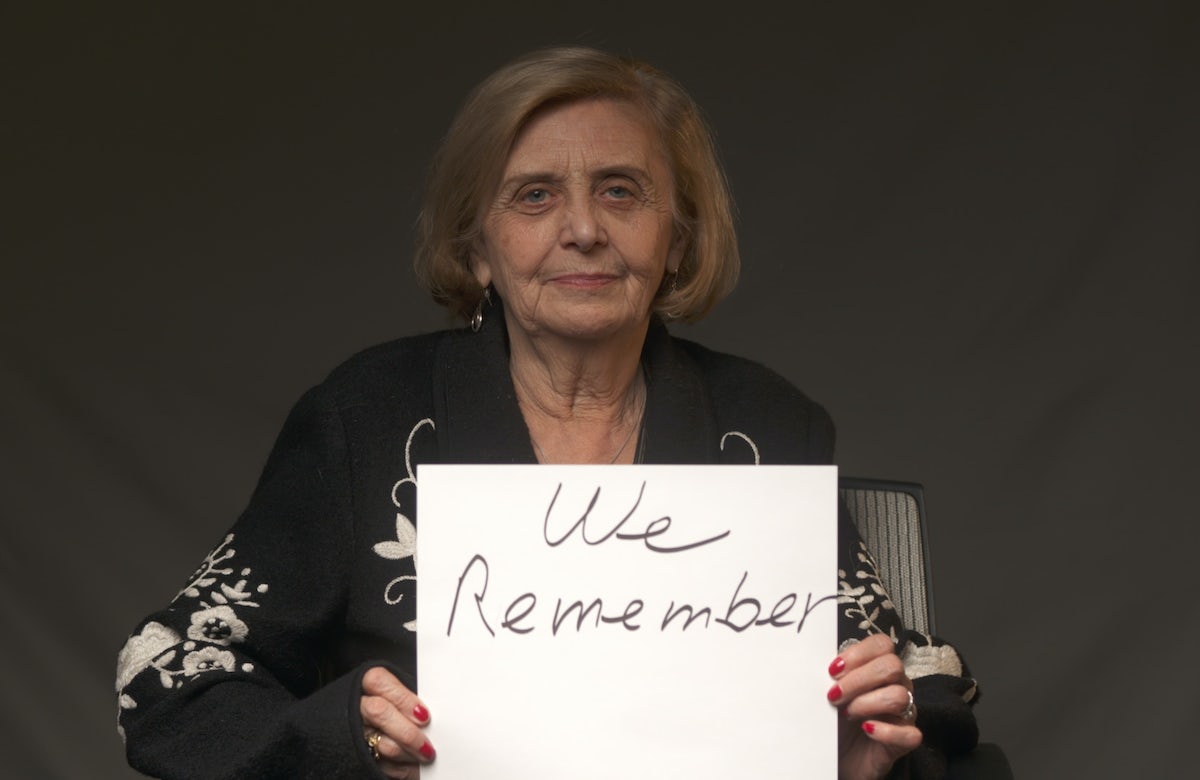 NEW YORK – The World Jewish Congress (WJC) today launched its fourth annual #WeRemember campaign to combat anti-Semitism and all forms of hatred, genocide and xenophobia. The campaign, which runs through International Holocaust Remembrance Day on January 27, promotes the importance and advancement of Holocaust education.

The 2020 #WeRemember initiative invites participants from around the world to take pictures of themselves holding a sign with the words “We Remember,” and then post their pictures to social media using the hashtag #WeRemember, to spread the message that “never again” must mean never again.

“As eye-witness memories of the Holocaust fade, we are witnessing rising levels of antisemitism, xenophobia and Holocaust denial throughout the world,” said Ambassador Ronald S. Lauder, President of the World Jewish Congress and Chairman of the Auschwitz-Birkenau Memorial Foundation. “We must heed the horrific lessons of the past and learn from and share the stories of Holocaust survivors to honor the memory of the six million Jews the Nazis killed and to ensure today’s escalation of hatred does not become a repetition of those atrocities.

“Join the #WeRemember campaign to preserve the past and ensure that ‘never again’ truly means never again.”

The statistics, both in terms of antisemitic violence as well as lack of knowledge, are appalling. In the United States, 780 antisemitic incidents were reported just in the first half of 2019 alone. The Claims Conference reported in 2018 that 45 percent of adults cannot even name a single ghetto or Nazi concentration camp that existed during the Holocaust.

On January 27, the WJC will return to the Auschwitz-Birkenau Memorial and Museum for the official 75th anniversary commemoration event, at which Mr. Lauder will address heads of state and representatives of Jewish communities from around the world, as well as close to 200 Holocaust survivors, as the world marks the anniversary. In front of the Birkenau death gate, Mr. Lauder will stress the fundamental nature of awareness and education in fighting the age-old hatred of antisemitism.

The #WeRemember campaign will symbolically culminate at the site of the former German Nazi concentration camp with a live-streaming of participant photographs on a screen erected next to the rubble of the former camp's crematoria, as a testament to the Jewish people’s survival in the face of adversity.

This campaign is part of the World Jewish Congress’s efforts to advance education as a means to combat ignorance and distortion of historical fact, particularly when it comes to the denial or obfuscation of the Holocaust. Through a comprehensive new online resource, AboutHolocaust.org, the WJC in partnership with the United Nations Educational, Scientific and Cultural Organization (UNESCO) are sharing the facts of the Holocaust with people around the world.

For more information and to watch the 2020 #WeRemember campaign launch video, which highlights the testimonials of five Holocaust survivors, visit weremember.wjc.org.