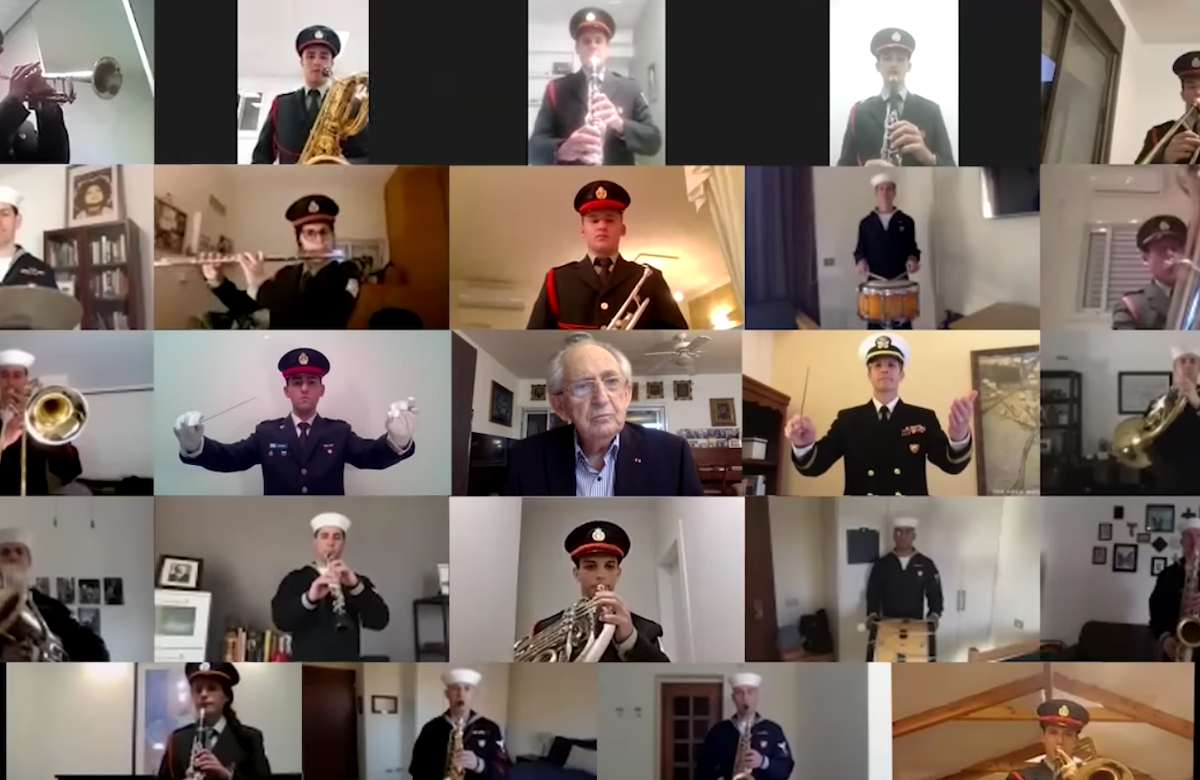 The United States Navy and the Israel Defense Force bands surprised Dachau survivor Abba Naor by playing HaTikvah, the  Israeli national anthem, especially for him during an online ceremony marking the 75th anniversary of the liberation of the Nazi concentration camp, in conjunction with Israel’s Day of Independence.

Naor was supposed to commemorate the anniversary on the grounds of the Dachau concentration camp, but the event was canceled and replaced with an online ceremony due to the coronavirus pandemic. In an interview with NBC News, Naor said he appreciated the opportunity to take part in the online ceremony, describing it as a “big honor.”

Naor, who was 17 when he was liberated from the camp, has two children, five grandchildren and ten great-grandchildren. After his liberation, Naor moved to Israel where he fought in the country’s independence in 1948 and later worked for Israel’s national intelligence agency. He gives between 80 to 100 lectures a year to German soldiers and students about the Holocaust.

“The most important thing in life is life itself, it’s a gift given only once and you should do the best you can from it,” he told NBC News. “You can also make something good from bad and I think I’m a bit of an example to that.”