Uruguayan President tells Jewish leaders: “We live in a troubled world and we must contend with terrorism" 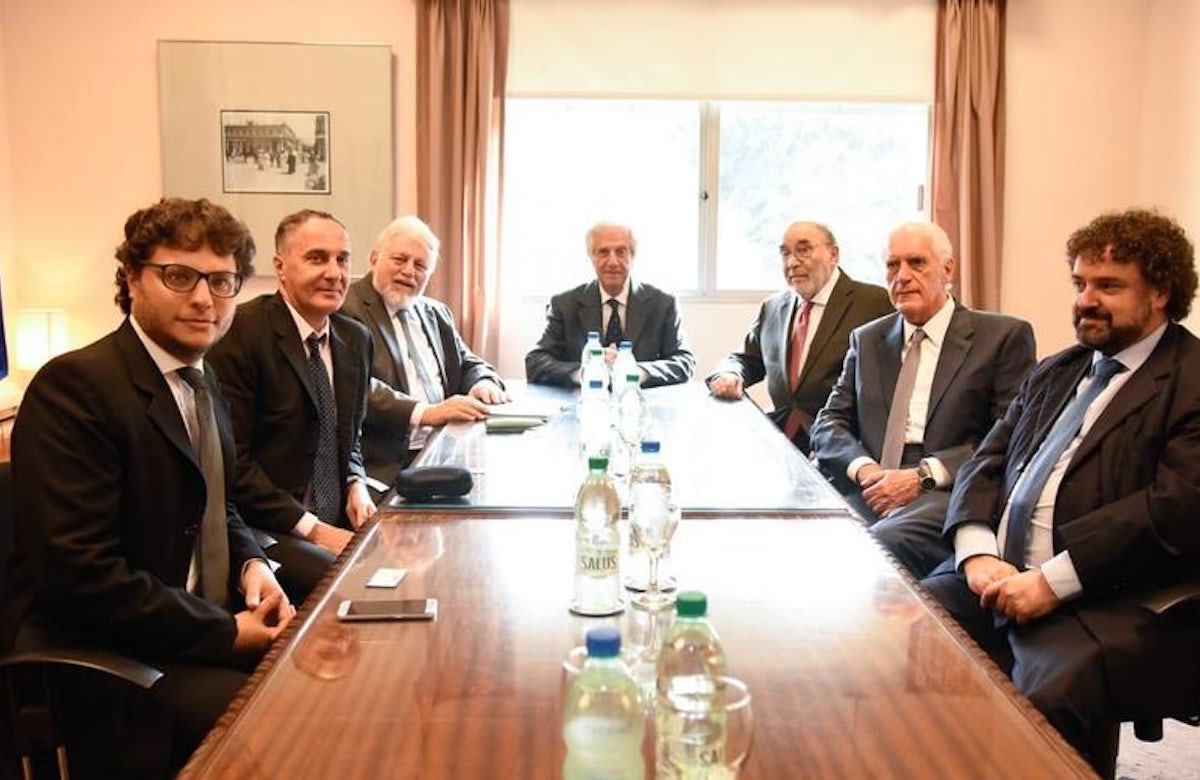 MONTEVIDEO – Uruguayan President Tabaré Vázquez hosted senior officials from the World Jewish Congress’ Latin American affiliate and members of the Uruguayan Jewish community on for talks focused on the challenges facing local Jews and the region at large.

In his meeting with Latin American Jewish Congress President Adrián Werthein, LAJC Secretary General Saul Gilvich, Executive Member of the WJC Jack Terpins, and President of Central Committee of Uruguay’s Jewish Community Samy Canias, the Uruguayan leader underscored that his government works closely together with society and that it maintains constant channels of dialogue with the Jewish community. The president also took the opportunity to affirm his commitment in the fight against terrorism: "We live in a troubled world  and we must contend with this."

The Latin American Jewish Congress invited President Vázquez to take part in the tributes organized for the 25th anniversary of the AMIA Jewish center bombing that killed 85 people.

LAJC President Werthein noted the president’s commitment in fighting terror and said: "All of Uruguay is committed to the pursuit for justice. This country, like the rest of the region, works for coexistence and we must continue on that path as an example to the world."