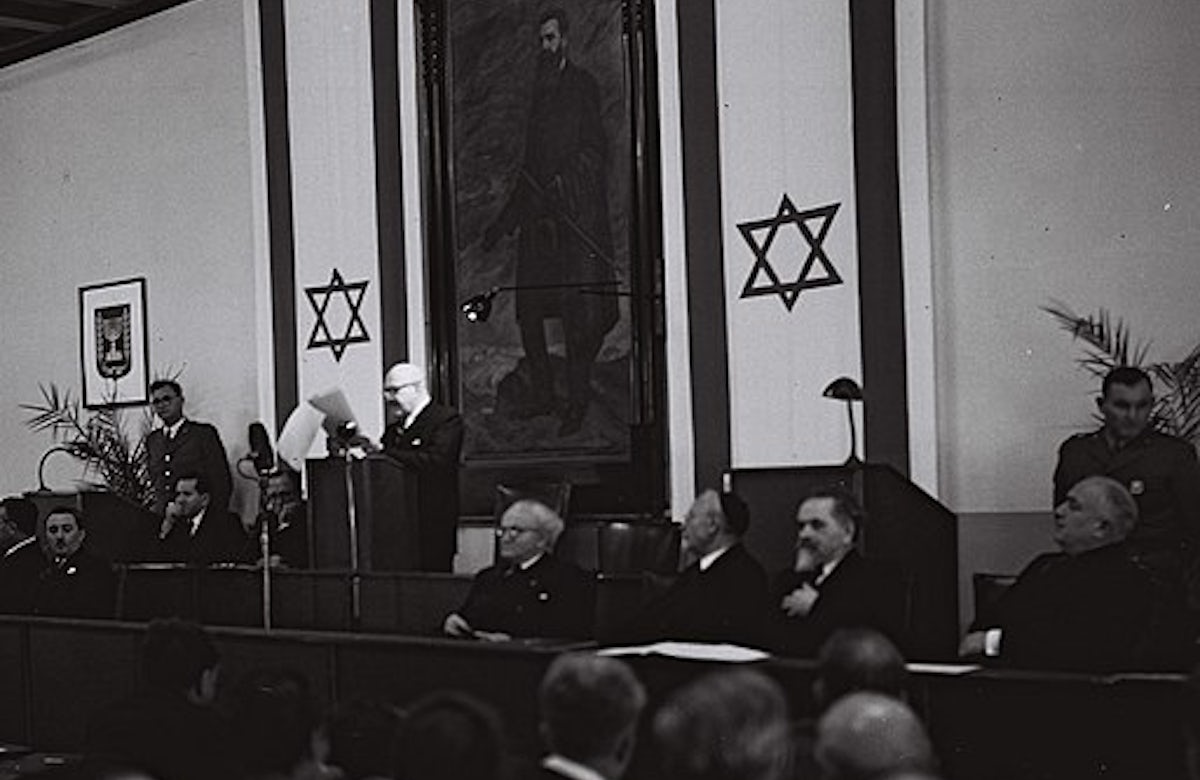 On 9 November 1952, Zionist leader and Israel’s first president Chaim Weizmann passed away at the age of 77.

Born into an Orthodox Jewish family in Motal, present-day Belarus, Weizmann was the third of 15 children. He left his birthplace to study sciences in Germany and Switzerland, eventually obtaining a Ph.D. in organic chemistry from the University of Fribourg in 1899. Weizmann proceeded to teach chemistry at Geneva University, while also engaging in research.

As a young adult, Weizmann was a vocal critic of Theodor Herzl's Uganda Plan, a British proposal for Jewish settlement in East Africa, rather than the Land of Israel. Explaining his opposition to Britain’s future prime minister, Lord Arthur Balfour, Weizmann rhetorically asked if Balfour would trade Paris for London, adding that "Jerusalem had been Jewish when London was still a marshland."

During World War I, in recognition for having granted the British government the rights to his invention extracting acetone - a key ingredient for gunpowder - from walnuts, Weizmann was appointed the Director of the British Royal Naval Laboratories. In that role, Weizmann developed working relationships with senior British administration officials with whom he was able to discuss Zionism, including a young Winston Churchill, Lord Balfour and David Lloyd George.

After Lloyd George became prime minister of Britain, the British Foreign Office sent a letter to Weizmann requesting that he submit a proposal for a Jewish homeland in Palestine. Weizmann submitted his proposal in July 1917, which eventually culminated in the Balfour Declaration.

As president of the Zionist Organization and Jewish Agency, Weizmann supported the Peel Commission’s proposal to divide Palestine into Jewish and Arab areas, arguing that “half a loaf was better than none.” Testifying before the Peel Commission in 1937, Weizmann prophetically stated: "There are in this part of the world [Europe] 6,000,000 people ... for whom the world is divided into places where they cannot live and places where they cannot enter." However, the plan was ultimately rejected by Arab leaders and declared unimplementable by Britain.

Weizmann attempted to prevent Britain from sharply curtailing Jewish immigration to Palestine. In contrast to other Zionist leaders who at times acted forcefully to convince Britain to expand immigration, Weizmann tried to persuade Britain through conversation. Ultimately, Weizmann was unsuccessful, and Britain implemented three “white papers” severely limiting official Jewish immigration to Palestine, culminating with the White Paper of 1939.

Weizmann was elected to a second term as president in November 1951. He carried out his duties as president until his ultimate passing near the end of 1952. His grave is visited by thousands of visitors every year.