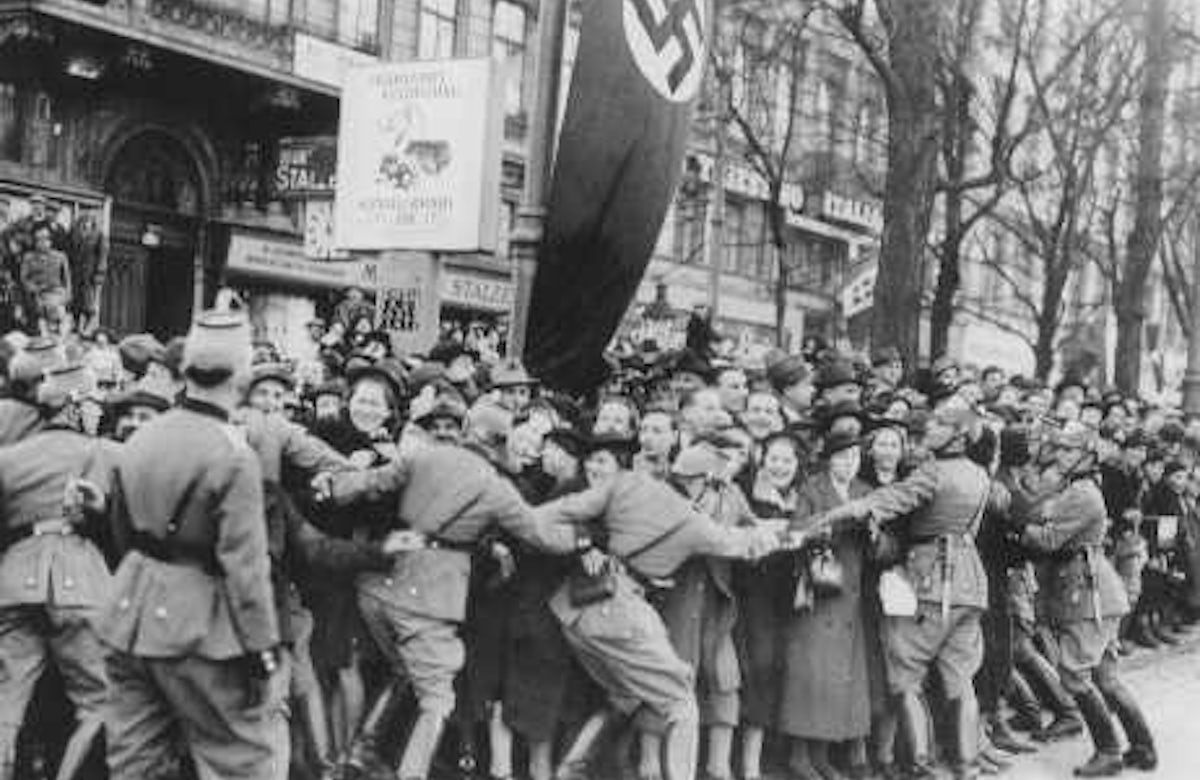 Following World War I, Austria was weakened by a weak economy and political strife. With Nazi propaganda increasing within Austria, a group of Nazis attempted to seize the Austrian chancellery and install their own government. While the mission failed, the Nazis did succeed in assassinating Austrian Chancellor Engelbert Dollfuss, who was replaced by Kurt von Schuschnigg, who would be largely ineffective and unpopular.

As Germany prepared to invade, Schuschnigg resigned, and Austrian Nazi-party member Arthur Seyss-Inquart “requested” Germany enter Austria. When German soldiers entered Austria on 12 March 1938, Hitler originally planned to maintain Austria as an independent puppet state but reneged on this decision, instead fully annexing Austria into the Third Reich due to the enthusiastic welcoming of the German soldiers.

According to historian Richard J. Evans, “The reception accorded [Hitler] by the [citizens of Linz, Austria], was so ecstatic that he was moved to tears. Indeed, the Austrian response to Anschluss surprised both Nazis and non-Nazis alike.”

Following the annexation, Austria’s political leaders were imprisoned, anyone opposing the Nazi rule was arrested and tortured, and a wave of violence broke out against Jews and Jewish-owned property across the country. The violence culminated in a series of pogroms, known as  Kristallnacht, the Night of Broken Glass, against Jewish population centers across Germany, Austria and the Sudetenland in the former Czechoslovakia, all of which had been annexed by the Third Reich.

Prior to the invasion, Austria had a strong Jewish population numbering approximately 192,000, nearly 4 percent of the total population. The overwhelming majority of Austrian Jews lived in Vienna, which in addition to being the capital, was an important center of Jewish culture, Zionism, and Jewish education. However, by December 1939, the number of Jewish citizens fell to approximately 57,000 as many decided to flee the country.

Within days after the annexation, Hitler visited Vienna, appearing at a rally in front of 200,000 people. In April, a manipulated electorate, which excluded Jews and Roma, overwhelmingly voted to approve the annexation (known as the Anschluss). Following the vote, the Germans quickly extended anti-Jewish legislation to Austria, and in the summer of 1938 the Mauthausen concentration camp was established.

Mass deportation of Austrian Jews began in October 1941, with approximately 35,000 Jews being sent to ghettos in Poland and Eastern Europe and another 15,000 being sent to Auschwitz. Within a year, only around 5,000 Jews remained in Austria.