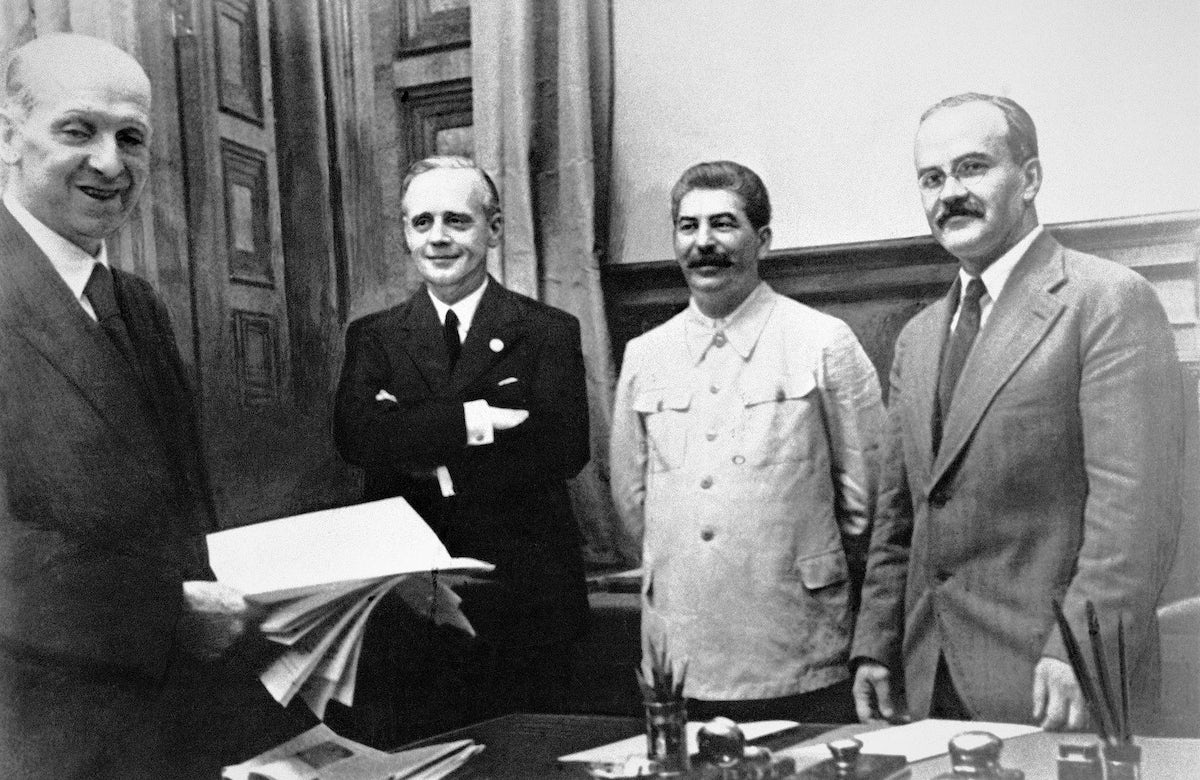 On 23 August 1939, Nazi Germany and the Soviet Union signed a non-aggression treaty known as the Molotov–Ribbentrop Pact.  That development stunned the world and set the stage for the division of Central and Eastern Europe between the two rapacious powers, paving the way to war. By signing the agreement, named after Nazi German Foreign Minister Joachim von Ribbentrop and Soviet Foreign Minister Vyacheslav Molotov, both nations pledged not to attack each other for at least ten-years, allowing Hitler to avoid  a two-fronted war, while Stalin could extend Soviet rule over eastern Poland, the Baltic states, and parts of Romania.

A little over a week after the agreement was signed, Germany launched an onslaught against Poland, and days later, Britain and France, in accordance with their mutual defense treaties with Poland, declared war on Germany.

The agreement contained a secret protocol that divided eastern Europe—the demographic and spiritual heartland of European Jewry at the time--into German and Soviet spheres of influence. In accordance with that plan, the Soviet Union occupied and annexed eastern Poland in the autumn of 1939, and in late November, the Soviet Union launched a bloody offensive assault on Finland, subsequently annexed Finnish territory borderlands. The Soviet Union also proceeded to occupy the Baltic states and seized northern Bukovina and Bessarabia from Romania.

Less than two years after the agreement, Nazi Germany and its European allies launched Operation Barbarossa, a surprise invasion of the Soviet Union. German forces quickly pushed towards Moscow, but their failure to defeat the Red Army set the stage for Germany’s ultimate defeat.