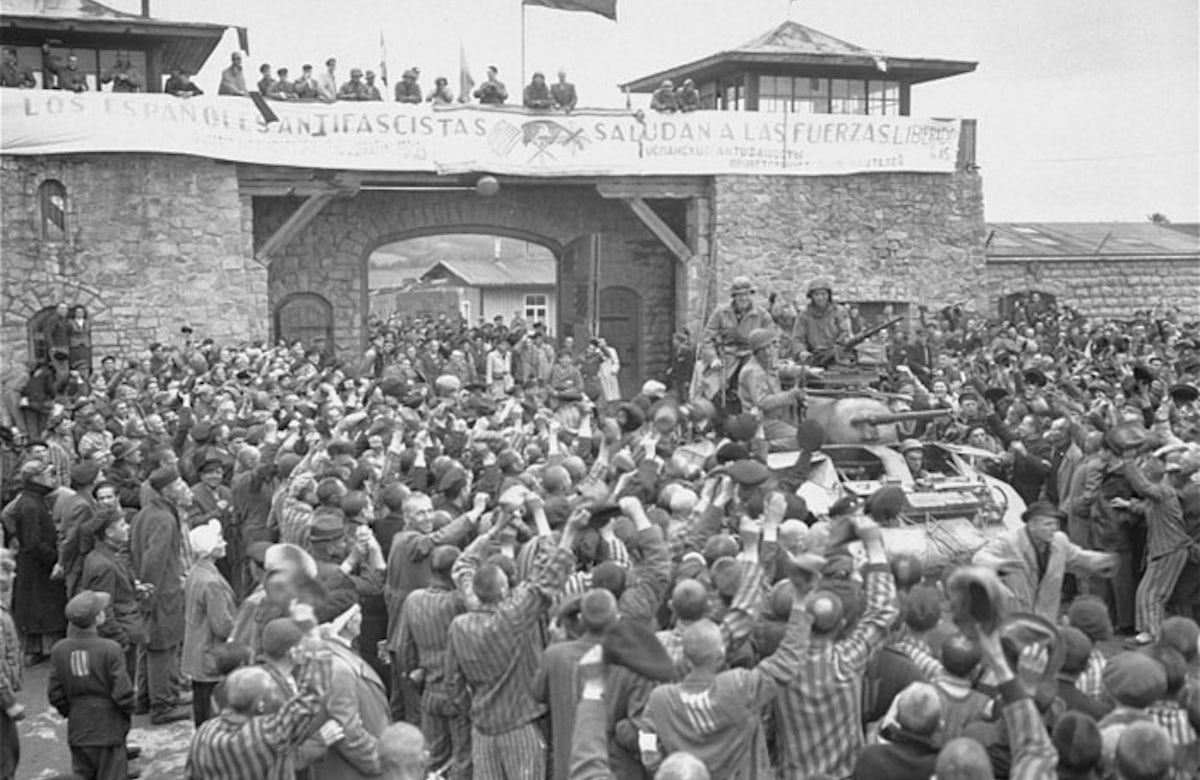 On 5 May 1945, American forces liberated the Mauthausen concentration camp. The liberation took place as World War II was coming to an end, as Nazi Germany would surrender to Allied forces in the coming days.

Chief of German Police Heinrich Himmler, General Oswald Pohl, and SS General Theodor Eicke, the Inspector of Concentration Camps, examined the site that would later be known as Mauthausen concentration camp following the Anschluss, Nazi Germany’s annexation of Austria on 11-13 March 1938. The site would be used, as Upper Austrian Nazi Party district leader August Eigruber put it, for “traitors to the people from all over Austria.” In August, SS forces began transferring approximately 300 prisoners, mostly Austrians and other people classified as “asocial,” from Dachau concentration camp to the Mauthausen site in order to begin construction of the new camp. By the end of the year, Mauthausen held nearly 1,000 prisoners.

Between 1938 and the end of February 1944, around 2,760 Jews were deported to  Mauthausen. The number would surge from March to December when at least 13,826 Jews, mostly from Hungary and Poland were deported. As a result, the camp became dangerously overcrowded, exacerbating the already dreadful conditions. Overall, thousands of prisoners died from starvation or disease, as the typhus epidemic ran rampant throughout the camp.

SS forces registered 25,271 Jews in the camp, though it is likely that the actual number, which includes arrivals during the last week of the war, may have been as high as 29,500.

When the American army arrived at the camp, they were horrified by what they saw: hundreds of dead bodies, and prisoners who looked like skeletons living in overcrowded, disease-ridden barracks that were covered in excrement. Thousands were so weak that, despite medical care provided by the U.S. Army medical units, they died in the weeks and months following liberation. Over 3,000 would be buried in ‘Camp Cemeteries’ next to the former concentration camps.

Arriving with the American soldiers was a war crimes investigation team, which collected evidence that would become the basis of the prosecution of SS officials who worked in the camp. It is estimated that at least 190,000 people were imprisoned at Mauthausen between 1940 and 1945; of those, at least 95,000 people, including at least 14,000 Jews, were murdered there.