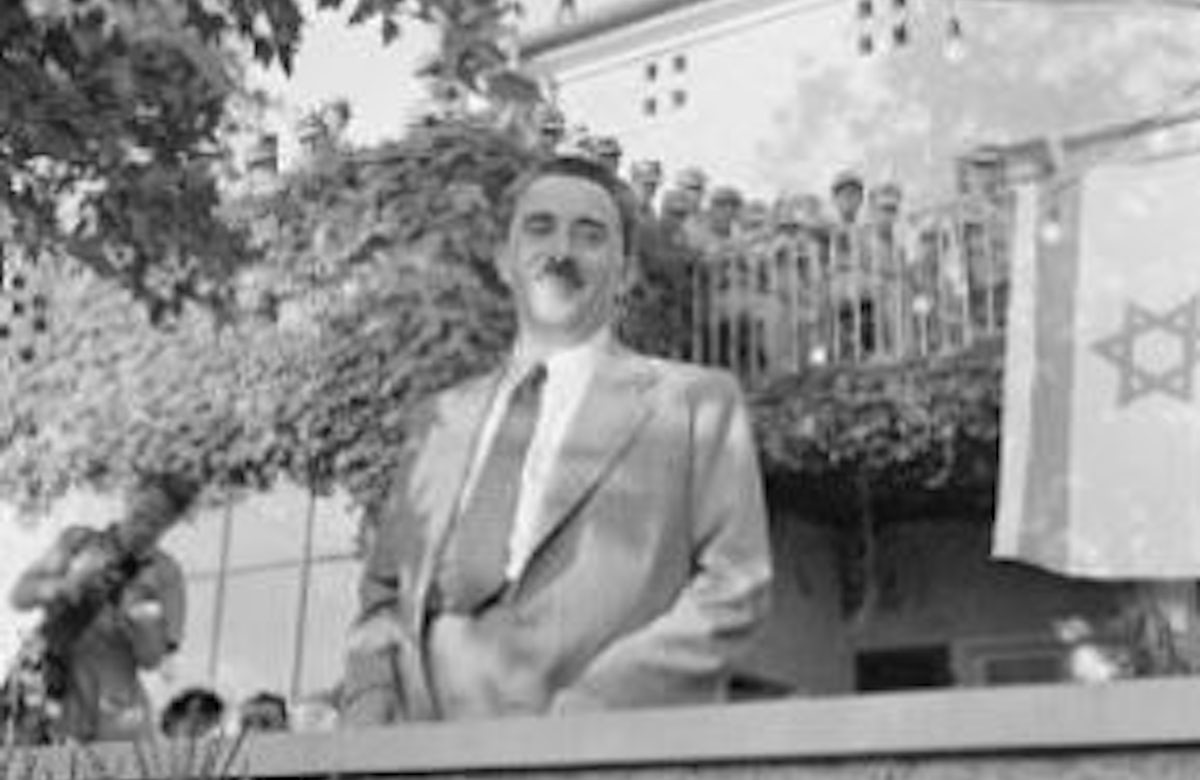 Born Moshe Shertok in what was then the Russian Empire, now present-day Ukraine, on 15 October 1894, Sharett immigrated with his family to Palestine in 1906 and is credited as being among the founders of what would become Tel Aviv.

As a result of his education and upbringing in Palestine, then under the control of the Ottoman empire, Sharett was fluent in Arabic and Turkish. During World War I, he served as an interpreter in the Ottoman army. After the war, he completed his studies at the London School of Economics.

Sharett served in a variety of leadership roles representing Jews in Palestine. He acted as head of the political section of the Jewish agency and was a member of the Mapai political party. In these roles, he worked directly with the British Mandate’s leadership and advanced the cause of the Zionist movement. Among his many accomplishments, he was instrumental in garnering support for Israel’s admission into the United Nations and the 1947 UN Partition Plan.

Sharett was one of the signatories to Israel’s Declaration of Independence and became the first Minister of Foreign Affairs of the nascent country. One of the key issues he addressed was that of Holocaust reparations.

When Ben-Gurion retired for the first time in 1953, Sharett was appointed Prime Minister. The two maintained similar policies on immigration and economic strategy but differed on their approaches to relations with the Arab world. Sharett was criticized for being too lenient and asserted that de-escalation was of the utmost importance.

Following the 1955 elections, Ben-Gurion became Prime Minister again, with Sharett remaining as foreign minister. However, conflict between Ben-Gurion and Sharett soon proved impossible to overcome, and Sharett resigned in 1956.

Though he left a career in politics, he remained a public figure through his activism. He was a representative for the Labor Party in the Socialist International and served as chair for Beit Berl College. In 1960 Sharett was elected chairman of the World Zionist Organization and the Jewish Agency.

He passed away at Hadassah-Hebrew University Hospital in Jerusalem in 1965.