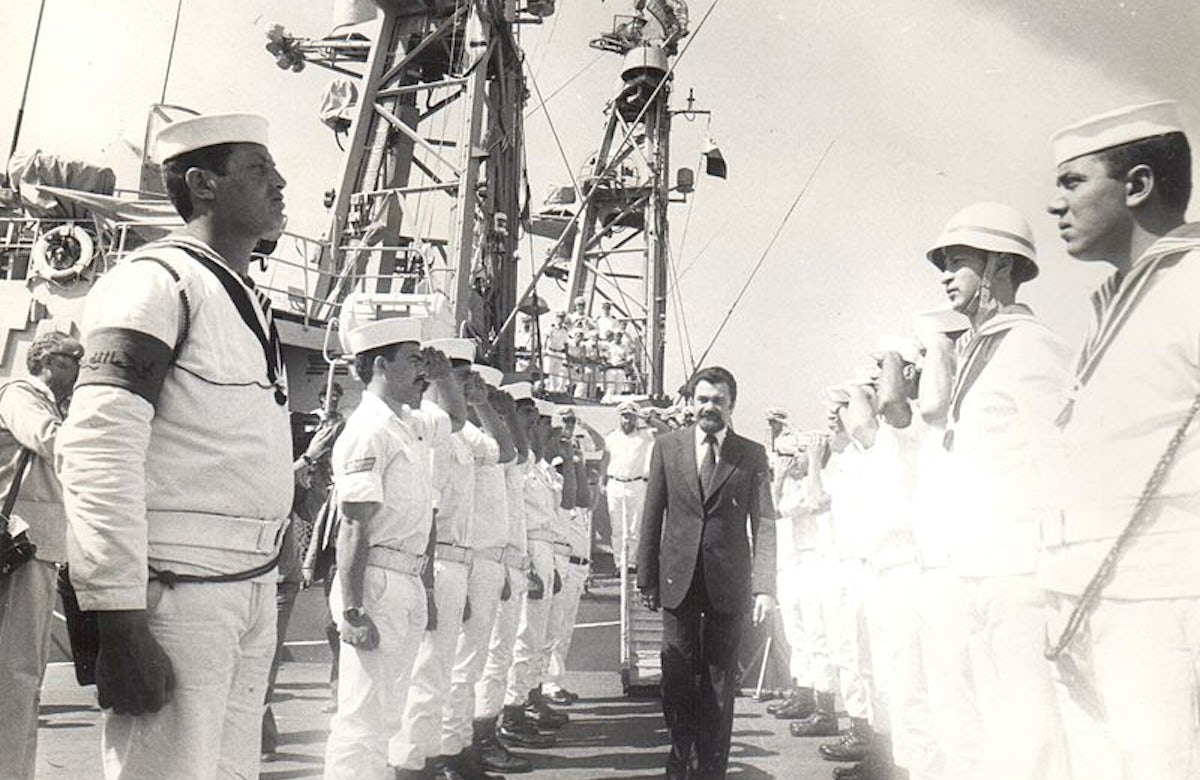 On 26 February 1980, Israel and Egypt ushered in a new era of peace by formally exchanging ambassadors, in a first for the two countries, and as an inaugural move for Israel’s diplomatic relations with its Arab neighbors.

Ambassador Sood Mortoda of Egypt and Ambassador Eliahu Ben-Elissar of Israel were named in the countries’ first ambassador-exchange, which came after Egyptian President Anwar Sadat and Israeli Prime Minister Menachem Begin agreed to a framework of the deal, the Camp David Accords, for which the two leaders were later awarded the Nobel Peace Prize. Exactly 11 months before the two nations formally exchanged ambassadors, they signed the 1979 Egypt-Israel Peace Treaty.

Under the terms of the agreement, Israel agreed to withdraw from the Sinai Peninsula and Egypt announced that it would formally normalize relations with Israel.

On 25 February 1980, Ambassador Mortoda and Ambassador Ben-Elissar met at Ben Gurion Airport to formally greet each other before continuing on to their respective positions.

Egyptian President Sadat praised Ben-Elissar, calling the incoming ambassador, “the right man at the right time and in the right place.”

Both Ben-Elissar and Mortoda shared positive remarks over the exchange. Ben-Elissar's message was one of gratitude and optimism, saying, “It is a great day for Israel and Egypt, a great contribution to the tranquilization of the region and to universal peace ... peace with Egypt is the first and there will be more to follow.”

Upon being granted credentials in Jerusalem, Mortoda reflected on the tumultuous history between Egypt and Israel and stated, “The paths of our two peoples have in the course of time converged or separated. Sometimes we have met in friendship, and sometimes in confrontation and struggle. It is our good fortune that today we are witness to the victory of the desire for peace.”

Following these remarks, Israeli President Yitzhak Navon responded: “This occasion is not only a great day in your, personal life, but an important and natural milestone on the road that both our nations have decided to tread: The road of peace, good-neighborliness and mutual cooperation.”

Since establishing diplomatic relations, Egypt and Israel have continued to maintain a high-level of coordination and cooperation, and as of February 2021, the ambassador of the State of Israel to Egypt is H.E. Ms. Amira Oron and the ambassador of the Arab Republic of Egypt to Israel is H.E. Mr. Khaled Azmi.