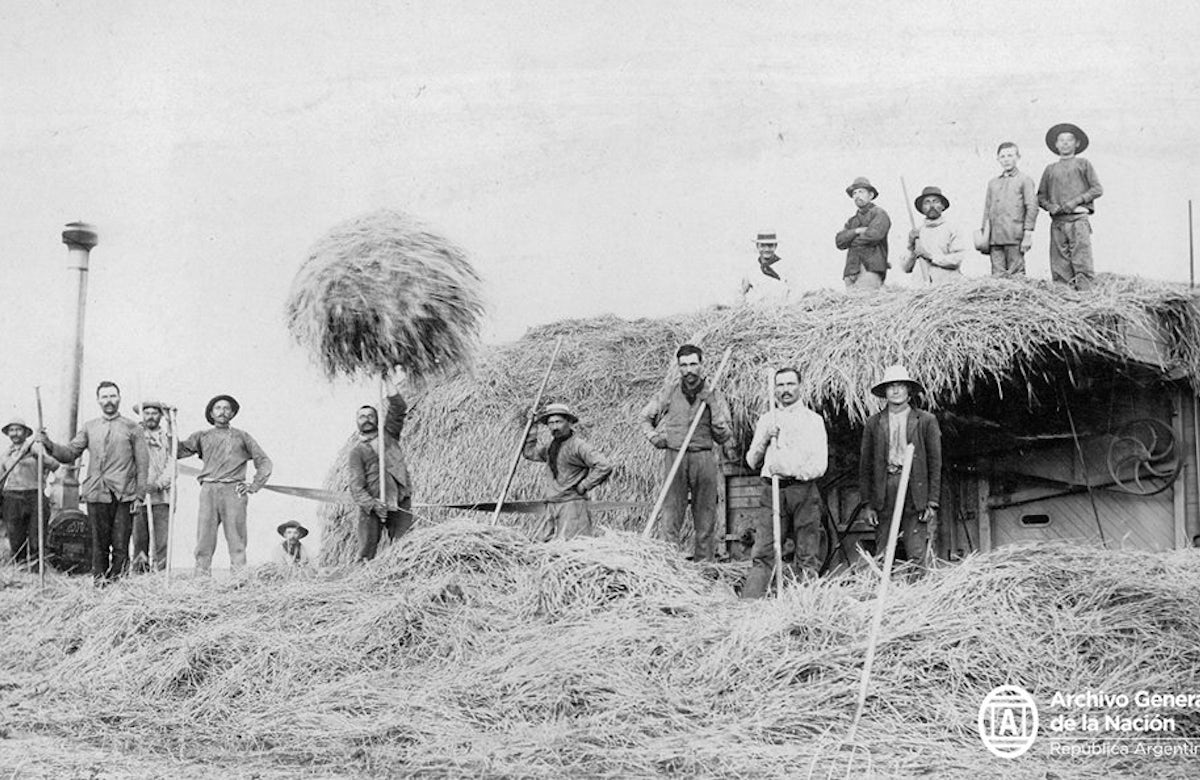 On 14 August 1889, 130 Jewish families fleeing antisemitism and persecution in the Russian Empire arrived in Buenos Aires, Argentina, to restart their lives and begin a Jewish community. While the 824 Russian Jews were not the first Jews to arrive in Argentina, they were the first to establish a Jewish agricultural settlement in South America.

The group eventually purchased Moises Ville in Argentina’s Santa Fe province, after discovering the land they originally intended to purchase in Buenos Aires was unavailable. After an unfortunately high mortality rate in their first year there, they decided to stay. Once they buried their loved ones, few moved away from the land.

The community was named in honor of European Jewish philanthropist Baron Maurice de Hirsch, who was instrumental in building the community. When Hirsch learned of the initial difficulties in establishing a strong community, he created the Jewish Colonization Association, which sponsored thousands of European Jews to live in Moises Ville and other colonies. Many of the Jewish immigrants became ranchers and farmers. Eventually, they came to be accepted by the local Argentine Gauchos, or cowboys.

During the period leading up to World War I, the mostly Ashkenazi population was bolstered by the arrival of Jews from the Levant. In 1884, the country’s various Jewish organizations united to form the Asociación Mutual Israelita Argentina (AMIA) and would evolve into one of Argentina’s central Jewish institutions. The Jewish community began to urbanize, and later, decades after the war, there were few signs left of the country’s once-flourishing Jewish agricultural community.

Today, approximately 250,000 Jews live across Argentina, with about 20 Jewish families living on the farms in Entre Ríos, one of the first agricultural settlements of Jewish Gauchos. There are about 100 Jewish educational institutions in Argentina affiliated with a variety of denominations.  The country is host to the largest Jewish community in Latin America and the sixth largest Jewish community in the world.