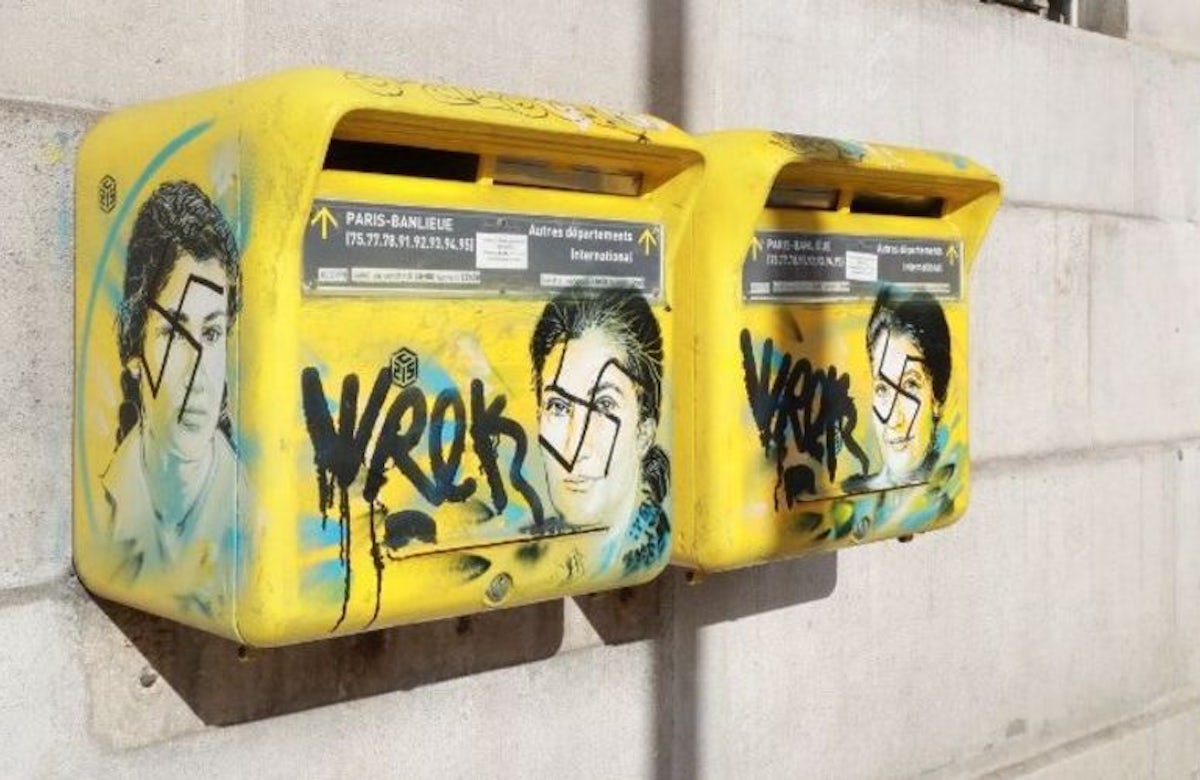 On November 17, the Yellow Vest movement took flight, to the detriment of the Jewish community. Now in its seventeenth week, this wave began as a popular protest movement with 300,000 people wearing yellow vests protesting the rise of fuel taxes and the cost of living in the country. But what started as a social movement almost immediately escalated into what it is today, a number of peaceful civilians accompanied by an overwhelmingly vocal demonstration of chaos.

The week after the first demonstration, a large number of antisemitic conspiracy theories began to rise both on social media and on the streets. The yellow vests were not the source of the deep hate we witness today – that in itself is not a new phenomenon in France - but rather a trigger exposing the sometimes dormant and suppressed antisemitism that has existed under the surface for many years. This is a dangerous pattern we have already seen, as far back as the Dreyfus affair and before: Whenever an “evil” happens is society, Jews are to blame.

First, a wave of antisemitic attacks and a massive escalation of aggression against the Jewish community: The physical assault against Jewish philosopher Alain Finkielkraut, the desecration of the tree planted in memory of the slain Jewish young man Ilan Halimi, the desecration of the Jewish cemetery in Strasbourg, graffiti slandering Simone Veil and Bagelstein, President Emanuel Macron himself being blamed for “collaboration” with the Jews – and these are just a few examples.

The second major event directly resulted from the first, as we witnessed one of the largest pro-Jewish demonstrations in France’s history, drawing tens of thousands into the streets to support the Jewish community – according to the media, there were more than 20,000 demonstrators in Paris alone. This demonstration underscored the unity of the community, with entire families coming to stand up for their rights, including children, their parents, and grandparents.

A day after that came the third major breakthrough when President Macron pledged to adopt the International Holocaust Remembrance Alliance (IHRA)’s definition of antisemitism, in a direct address at the CRIF dinner. Moreover, President Macron declared that anti-Zionism is without a doubt the new antisemitism.

Within just one month, we have witnessed what can happen when hate speech escalates into physical crimes, becoming more deliberate and frequent than ever.

But we have also seen the unprecedented strength of the community fighting for our right and for the fundamental French values of liberté, égalité, fraternité.

This hate is not new, and we must not be naïve as to its existence. Every day, we are facing acts of racism and hatred – some small, some large. When Jewish students have to hide their identity, make excuses for why they cannot come to class, out of fear for discrimination – this is not liberté. It is the effacement of diversity.

The Yellow Vest movement should serve as a wakeup call to all French citizens, the urgent need to create a more diverse and tolerant society, in France and elsewhere. The Jewish community is greatly united and standing up more than ever for its right to live freely and proudly practice as French citizens and as Jews.

The author is a member of the Jewish Diplomatic Corps of the World Jewish Congress (WJC), the diplomatic flagship program of the WJC with more than 300 Jewish professionals from 50 countries acting in the fields of diplomacy and public policy on behalf of world Jewry.