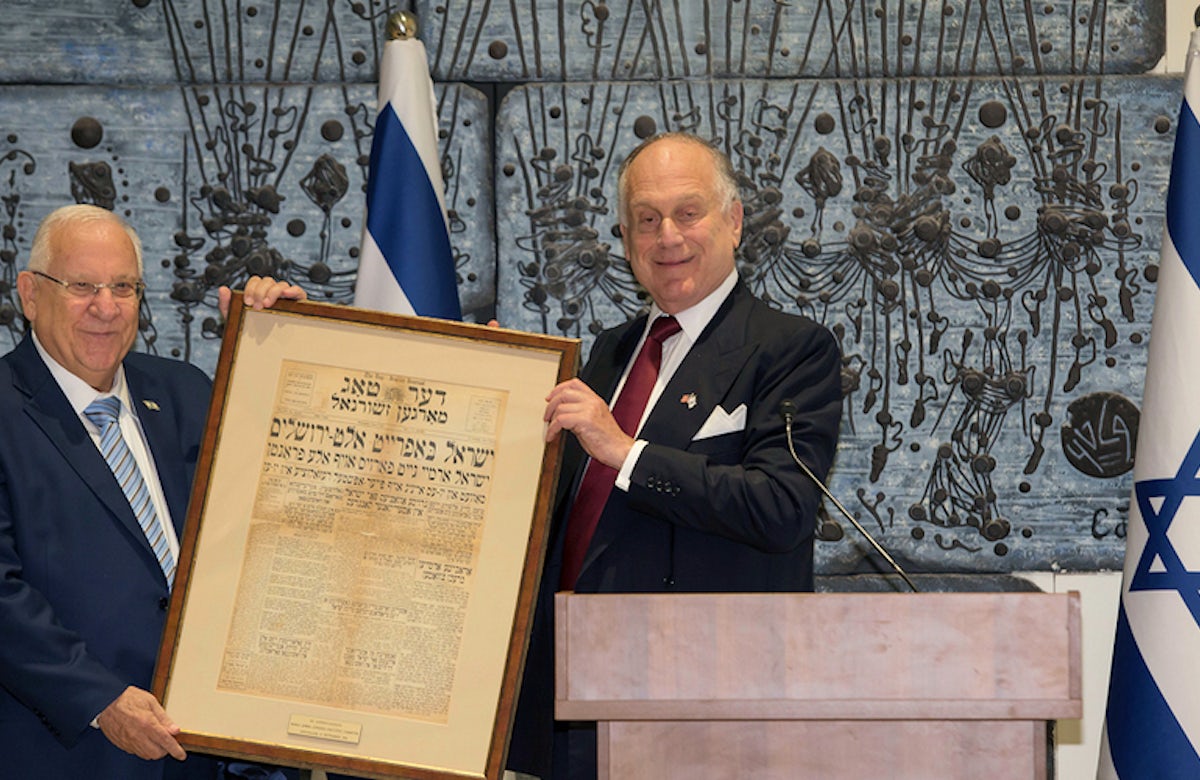 JERUSALEM - Israeli Prime Minister Benjamin Netanyahu told a delegation of World Jewish Congress (WJC) leaders on Sunday that despite the perception that Israel is isolated, there had been a dramatic expansion of relations with countries recently, including in the Arab world, something that would have been inconceivable just five years ago. “There is a lot of talk about Israel’s isolation. I beg to differ,” Netanyahu said. Countries across the Middle East were starting to view Israel less as an enemy and more as an important ally in the fight against terror. On Monday, the WJC Executive members were received by Israel’s President Reuven Rivlin, who outlined three major challenges facing Israel and the Jewish Diaspora. The WJC delegation at both meetings was headed by WJC President Ronald S. Lauder, Chairman of the Governing Board David de Rothschild, and Treasurer Chella Safra.

Netanyahu called the core of the conflict in the Middle East a conflict between medievalism and modernity. The cause of the specific conflict with the Palestinians is not territories and not settlements, but the persistent refusal of the Palestinians to recognize a Jewish state in any boundary and the inculcation to hate, the prime minister said. "I am very hopeful for Israel's future,” Netanyahu said, telling the WJC delegation: "You have always been there for us." 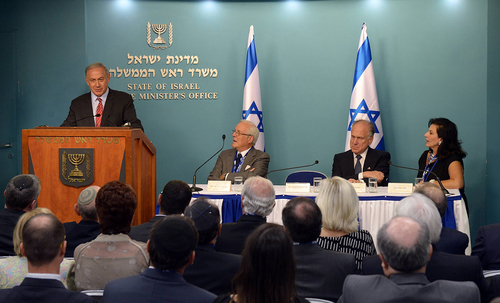 At the meeting on Monday at his official residence, President Reuven Rivlin focused on what he called the “three major challenges” Jewish leadership is facing today: Helping Jewish communities in need, strengthening relations between young adults and the State of Israel, and keeping Israel as a “strong, open and prosperous society."

Israel’s head of state went on to say: “The younger generation does not remember a world without Israel - some perhaps even take Israel for granted. Still, Jewish students today face a day to day struggle on campus and on the internet against Israel. They are called on to stand up for Israel for being Jewish, and it is not easy. This challenge is not just for them, this challenge is not just for you, it is a challenge for us in the State of Israel and in the Diaspora. 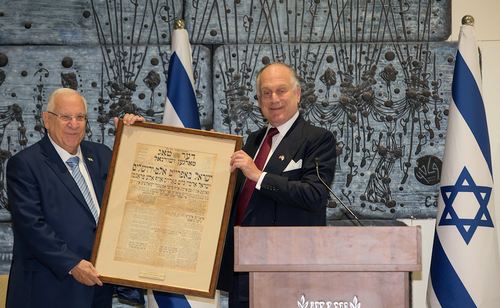 “I am pleased to say there are many good projects, in Israel and around the world to keep the bond between us strong. Each of you represent proud communities: proud to be Jews and proud to stand with Israel.

WJC President Ronald S. Lauder thanked President Rivlin and said: “You make us all very proud.” He presented him with the front page of the New York Yiddish newspaper ‘Der Tog-Morgan-Journal’ of 7 June 1967, the headline marking the liberation of the Old City of Jerusalem and the reunification of the city.