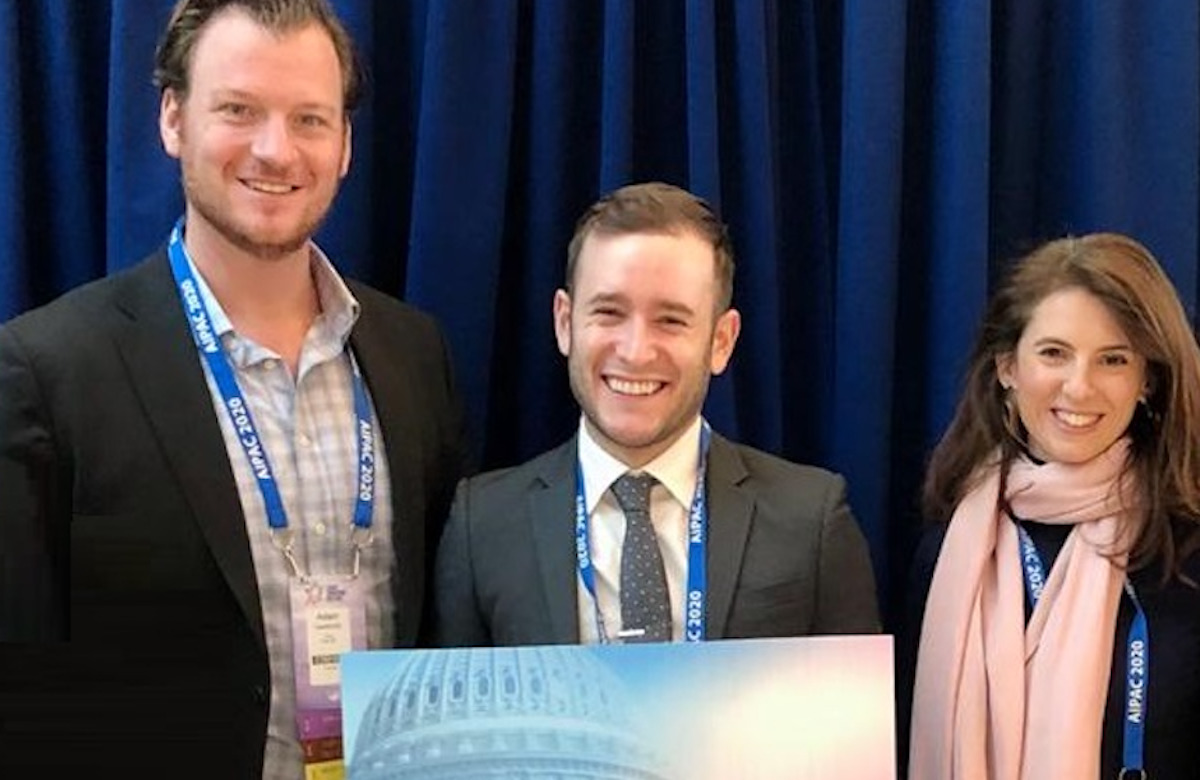 The World Jewish Congress selected six members of its elite flagship program, the WJC-Jewish Diplomatic Corps, to represent the cadre of 300 professional volunteers at AIPAC 2020 and the International Security Forum in the days preceding. The following is the personal reflection of a member of the WJC-JDCorps based in Asia

I was privileged to be one of six Jewish Diplomats (“JDs”, as we call ourselves) selected to represent the World Jewish Congress-JDCorps at AIPAC 2020 and the International Security Forum.

I had traveled all the way from Asia to take part in this conference, and as a first-time AIPAC attendee, I had no idea what to expect. Truth be told, I was also quite skeptical; as a non-American, progressive and somewhat left-leaning supporter of Israel, I wondered if my perspectives would even be welcome.

Thankfully, and to my pleasant surprise, I discovered AIPAC to be a place of belonging and growth—not just for me, but for nearly anyone, regardless of their persuasion or background. AIPAC, I realized, is what you, the attendee, makes it.

I chose to spend my AIPAC learning about ISIS, the International Criminal Court’s potential case against Israel, and the current state of Israeli-Palestinian political affairs. I attended sessions by renowned Canadian human rights activist, the Honorable Irwin Cotler, and Middle East policy expert, Ambassador Marc Ginsburg, amongst other inspirational speakers.

And while U.S. and international government officials and country leaders spoke predictably (and rather repetitively) of their strong support for Israel — support for which I am grateful — delegates could also attend fascinating and innovative lectures and discussions by leading experts on terrorism, international justice and human rights; on the United Nations’ fixation with Israel; and on Israeli elections, for example. There were also skills-building events on leadership, advocacy and lobbying, and apolitical panels that gave Israeli and Jewish businesses, tech start-ups and non-profits platforms to educate, inspire, and grow their support bases. And, although certain of these sessions were reserved only for the “AIPAC Elite,” with a little chutzpah and negotiation (techniques I had learned in Israel), even those doors were opened to me.

While daytimes were academic and political, evenings presented a different set of opportunities. Over countless receptions and dinners, I mixed and mingled with impressive Jewish and non-Jewish professionals, leaders and advocates. I made new friends and professional contacts, including lawyers, founders, activists and diplomats.

And then, in a flash, it was over.

During the long flight home, I reflected on all that had transpired over the past three days. I had learned a great deal about Israeli political affairs and niche human rights topics—topics about which I care deeply. And I had met wonderful people and made exciting new friendships.  But my reflections also led me to a profound—and disheartening—realization about myself and the world around me.

Attending AIPAC had proved to me that my initial skepticism had been wholly unfounded. But why had I been skeptical in the first place? The cause for my skepticism, I realized, extended far beyond my own misconceptions; I had unwittingly been influenced by the anti-Israel and BDS sentiments that surround us, carefully and quietly delegitimizing Israel and our support for her—even that support which occurs in a pluralistic and open forum such as AIPAC. These delegitimizing forces had even succeeded in convincing me, a friend of Israel, that it could be “shameful” or “extremist” to so much as attend a pro-Israel conference.

Those who have visited know that Israel is a country of tremendous diversity, where languages, ethnicities, religions and politics vary significantly from one person to the next. The realities of Israeli history, demographics and geography make such pluralism possible and, in fact, unavoidable.  And yet, despite this colorful coexistence, countless deny Israel’s democratic and pluralistic characteristics, and worse, her very right to exist. Claiming Israel to be an oppressor—rather than embodiment—of pluralism, they boycott Israel, just as they boycotted AIPAC. But, aren’t they the oppressors of diversity, by refusing to join the dialogue?

There is always need for growth and improvement and Israel, and the U.S.-Israel relationship, are no exceptions. But we all—critics and supporters—need to work together to make such positive change a reality. That is why AIPAC is so important. Like Israel, AIPAC welcomes diversity, providing a venue for individuals of divergent backgrounds, interests and political leanings to join together to exchange ideas and perspectives; forge personal and professional relationships; and ultimately, help shape the world of tomorrow.