President Lauder: I don't think the world has forgotten the Holocaust. But we still have a lot to learn - World Jewish Congress

President Lauder: I don't think the world has forgotten the Holocaust. But we still have a lot to learn 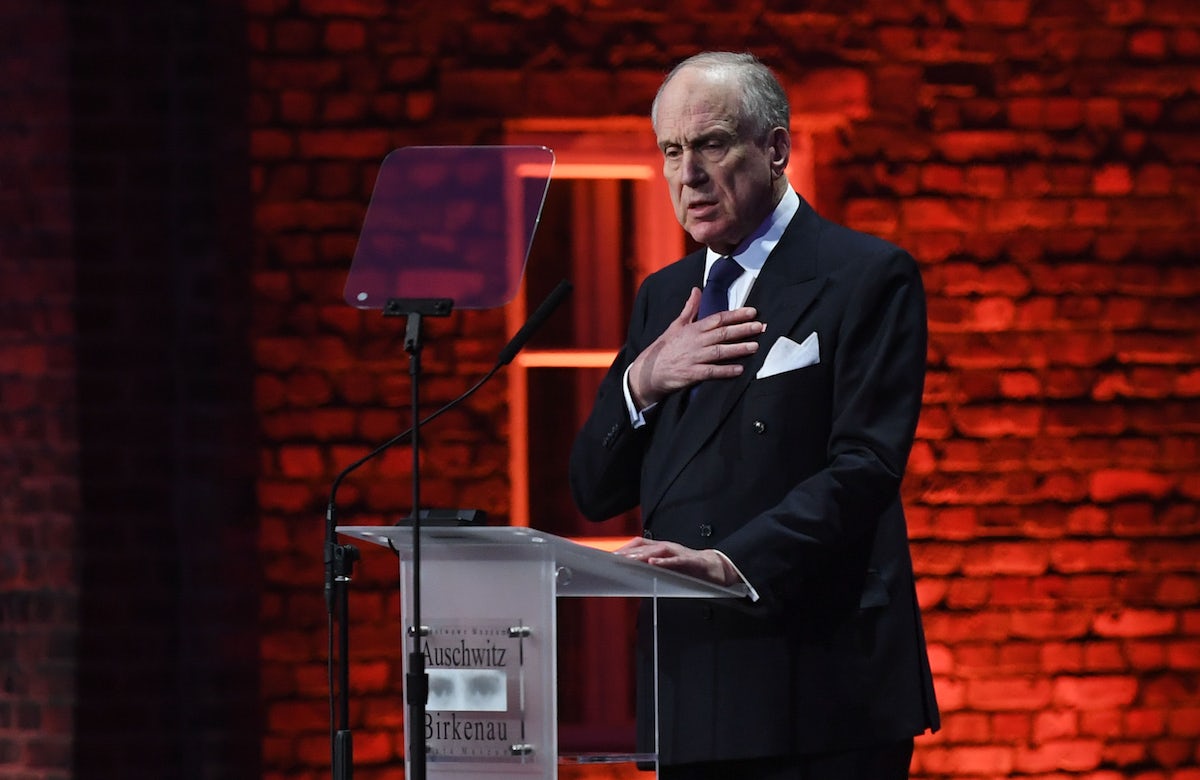 President Lauder: I don't think the world has forgotten the Holocaust. But we still have a lot to learn

In an exclusive interview with the German newspaper Bild, WJC President Ronald S. Lauder urged the world not to forget the horrors of the Nazi crimes and to put the Holocaust at the center of efforts to educate against hatred and racism.

Bild: The motto for the 76th anniversary of the liberation of Auschwitz is "learn from history, protect the future - we remember." Is the world beginning to forget?

Ronald S. Lauder: By the 1970s at the latest, memorial sites were being established around the world, including in Germany, telling young people what happened in the Holocaust and how it came about. But today, 50 years later, a new generation is growing up. And many have never heard of Auschwitz or the Holocaust. 63 percent of American youth don't even know that six million Jews were slaughtered back then.

I don't think the world has forgotten. But the next generation still has a lot to learn.

Bild: What if that doesn't happen?

Lauder: The greatest danger to the Jewish people and the world at large lies in forgetting. The aim of Holocaust museums is to educate people about all forms of hatred, racism and xenophobia. The mass murder of the Jews was historically unique because of the sheer number of victims, the capacity of the Nazis to murder in a methodical system, and because the acts were perpetrated by one of the most industrialized countries on earth. Therefore, the Holocaust must be at the center of all efforts to educate against hatred and racism. "

Bild: Everything is different during the coronavirus crisis. What will change in the Auschwitz anniversary ceremony this year?

Lauder: In 2020 we brought 200 Holocaust survivors to Auschwitz. Thousands heard their stories firsthand. Nobody will be able to meet in person this year; everything will take place virtually, via video conference.

I sincerely hope that the coronavirus crisis will soon be over and that young people can finally return to the memorial site. My wish is that many students will again be able to visit, because nothing can replace the impressions at the site of the mass murder, walking through the gates and relating to the stories of the victims who were there themselves.

Bild: Which moment at the site of the Auschwitz memorial leaves the deepest impression upon you?

Lauder: The sight of the shoes piled up there by the thousands. Every pair belongs to a person who breathed, dreamed, lived and was extinguished. Especially the children's shoes - that breaks my heart. To think that 1.5 million children were murdered there. What could they have become in a future they never had? Artists? Musicians? Or virologists who discover a vaccine against disease? At such a moment everyone understands the extent of what we have lost.

Bild: You have advocated strongly in favor of more engagement against hatred of Jews on the internet. Have you seen any progress?

Lauder: “Partly, yes. The EU published a declaration against antisemitism. Austria launched a national action plan. But there is still a lot to be done. In Germany alone, there are more than 2,000 attacks on Jews every year. Each one is one too many! Politicians and members of society must act. Our #WeRemember' campaign helps. But I would like to see a similar level of commitment whenever new hateful slogans appear on social media."