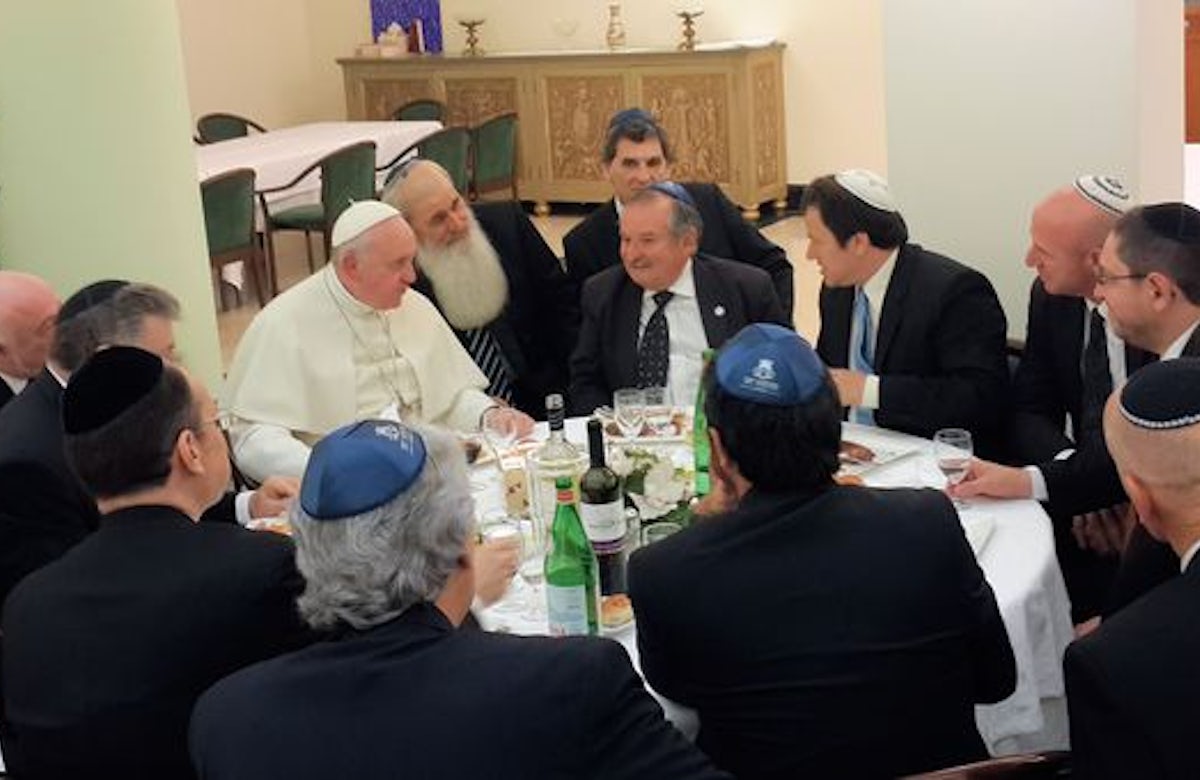 ROME – A delegation of 15 Argentine Jewish leaders was hosted Thursday for an informal kosher lunch at the Vatican’s Santa Marta guesthouse by Pope Francis. 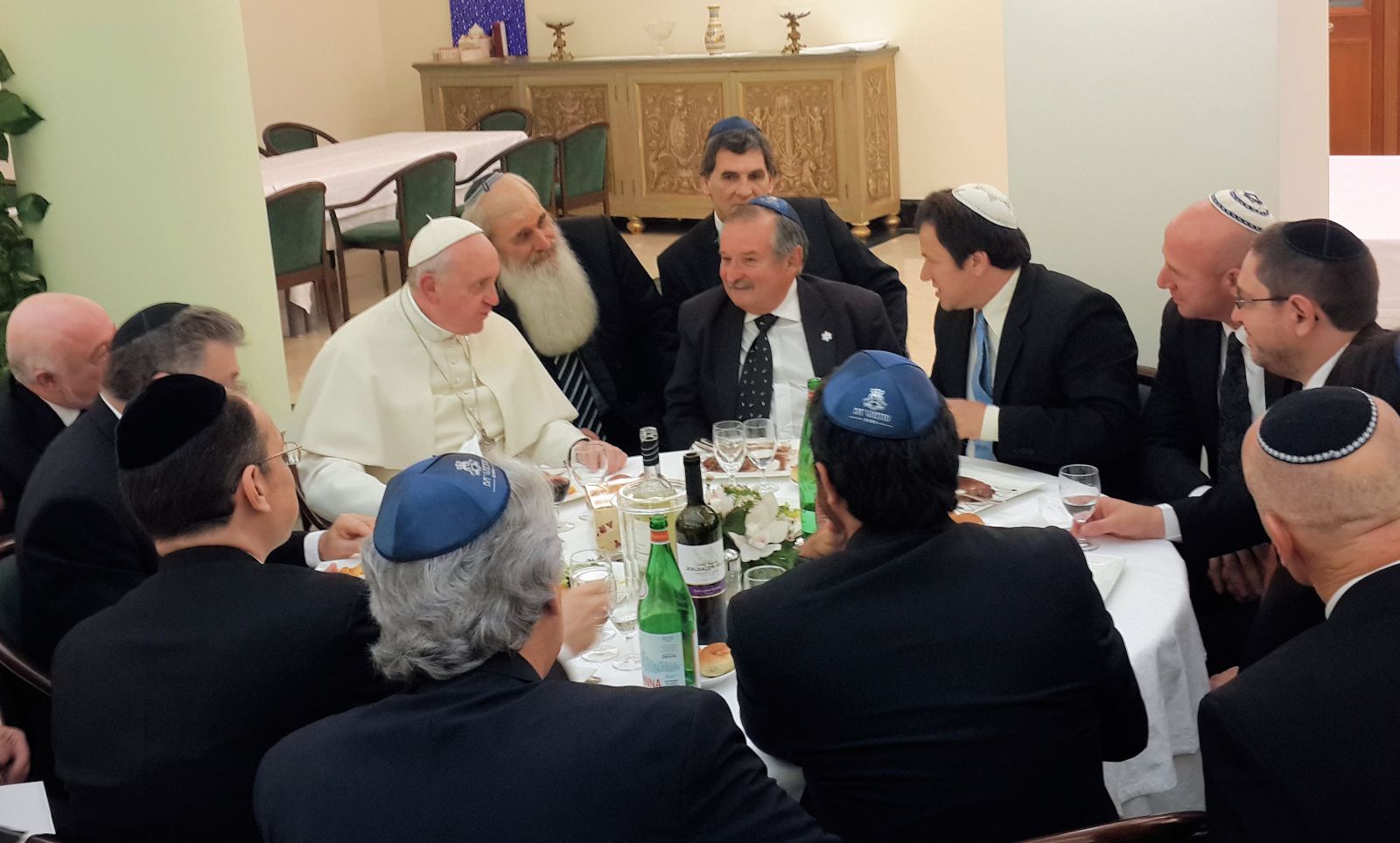 Latin American Jewish Congress Executive Director Claudio Epelman, who organized the meeting together with Argentine Rabbi Abraham Skorka, said it was an “extraordinary gesture by Pope Francis to take more than two hours out of his busy schedule for a conversation with Jewish leaders from his native Argentina.” Epelman said that the conversations with the Catholic pontiff focused on strengthening inter-faith dialogue.

Epelman, who is the World Jewish Congress official in charge of dialogue with the Catholic Church, added that welcoming the delegation, Pope Francis expressed hope that “this meeting will help nurture the seeds we have planted together” and emphasized how he was looking forward “with great expectations” to his visit to Israel in May. The LAJC executive director added that at the end of the luncheon, the Pope and the Jewish leaders together intoned Psalm 133 in Hebrew, which says, “How good and pleasant it is when G-d’s people live together in unity!”

The Jewish community of Argentina is the largest in Latin America. Participating at the meeting on Thursday were, among others, World Jewish Congress Vice-President Julio Schlosser, who is the head of the Argentine Jewish umbrella organization DAIA, Rabbi Skorka, Claudio Epelman, and Cardinal Kurt Koch, the Vatican official in charge of dialogue with the Jews.