Peace only possible if plight of Jewish refugees from Arab countries is addressed, Lauder tells UN 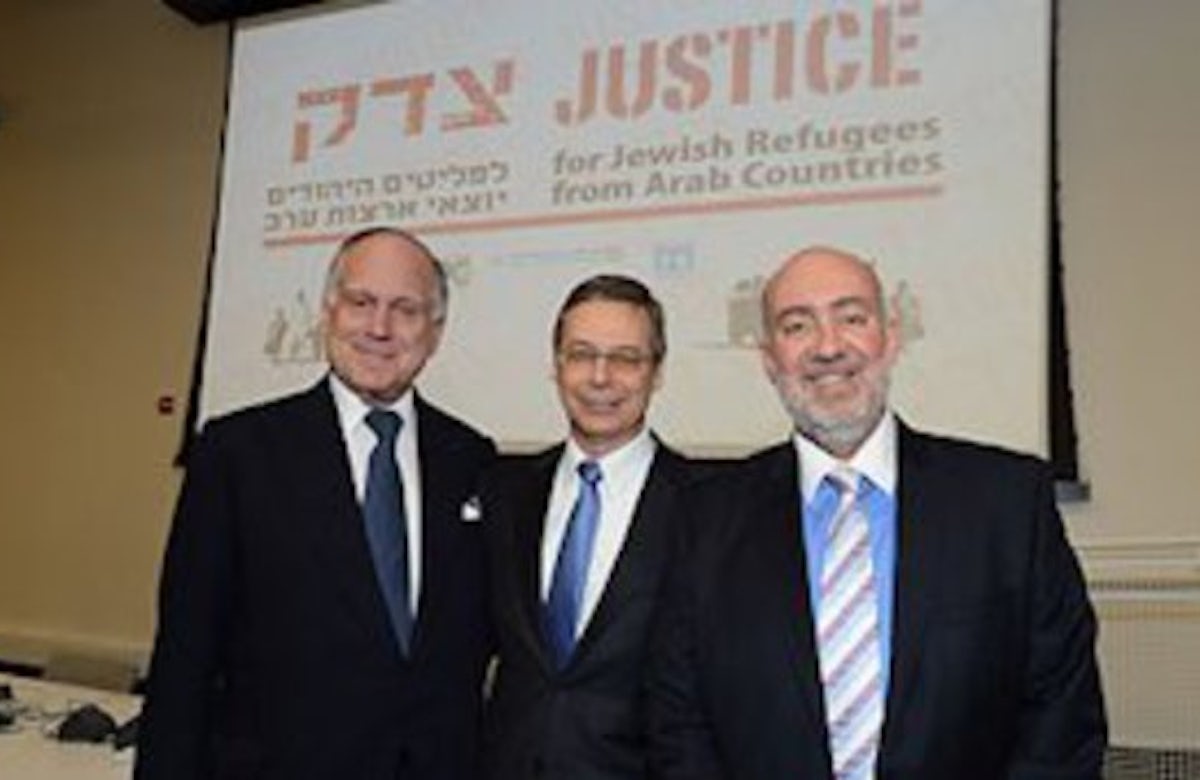 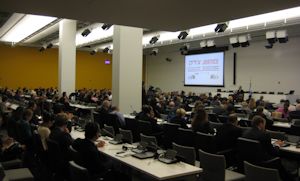 As part of its effort to raise awareness of the plight of Jews who were forced to flee Arab countries after 1948, the World Jewish Congress has hosted two conferences in Jerusalem and at the United Nations. WJC President Ronald S. Lauder urged the international community to recognize the suffering of Jewish refugees. "Now is the time to set the historical, diplomatic and legal record straight. Lasting peace can only be built on historical facts - both the issues of the Jewish refugees and the Palestinian refugees must be addressed.” Lauder added that "only addressing the historical facts can help bring about peace."

According to Israeli Foreign Ministry figures, approximately 850,000 Jews from Arab states across the Middle East left their native countries following the establishment of the State of Israel in 1948 due to state-sponsored persecution. Most were forced to abandon their property and possessions. 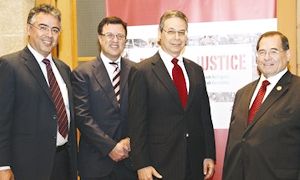 On 10 September 2012, WJC Secretary General Dan Diker, together with Israel’s Deputy Foreign Minister Daniel Ayalon and Senior Citizens Deputy Minister Lea Nass, welcomed 200 participants from around the world at Jerusalem’s David Citadel Hotel for a symposium on ‘Justice for Jewish Refugees from Arab Countries’. The conference heard a greeting by Prime Minister Benjamin Netanyahu, discussions by experts on the subject, including parliamentarians from various countries, as well as testimonies from former refugees.

A declaration by the two ministries and the WJC was released at the conclusion of the symposium, calling on the United Nations to place the issue of Jewish refugees on its agenda and that of its affiliated forums. Moreover, Israel's Foreign Ministry has instructed its  embassies around the world, including at the UN in Geneva and New York, to raise the matter in all official government meetings and with parliamentarians. “Jewish refugees from Arab lands deserve to have their story told, their history known, their rights recognized and the justice of their cause accepted, not just for the sake of memory, but to stand in opposition to the Arab narrative, which has been allowed to stand uncontested for too long, Ayalon - pictured below, second from right, with Dan Diker, second from left, and US Congressman Jerrold Nadler, on the right - told the conference.

More information on the conference, including speeches and materials, are available on the special event page - please click here.

Lauder: UN must recognize that Arab Jews were "persecuted, assaulted and forced from their homes" 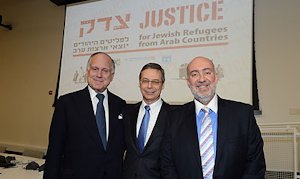 In his speech, Ronald Lauder (pictured left with Deputy Minister Ayalon and Israel's UN envoy Ron Prosor) said: "Israel’s detractors have spent decades infusing the courts of international public opinion with a one-sided history of the Middle East refugee problem. This will not bring justice or closure to this painful conflict. It is now time to set the historical, diplomatic, and legal record straight. Lasting peace can only be built on historical facts - both the issues of the Jewish refugees and the Palestinian refugees must be addressed.” The WJC president added: “It is time for the international community to recognize that with the birth of the Jewish state in 1948, Jews in Arab countries were persecuted, assaulted and forcibly exiled from their homes, personal and communal property confiscated and stolen. 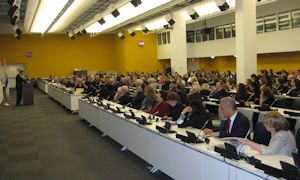 "The world has long recognized the Palestinian refugee problem. After 60 years, the United Nations should finally recognize the 850,000 Jewish refugees who suffered during those times. The World Jewish Congress calls upon the secretary general of the United Nations and all world leaders to acknowledge the truth, and place the plight of the Jewish refugees of Arab countries on the agenda together with the rights of all the refugees. Only addressing the historical facts can help bring about peace," Lauder emphasized.

Deputy Foreign Minister Daniel Ayalon said that "between the walls of the UN, we are starting to bring justice to the Jewish refugees who were tortured, persecuted and driven away, and whose rights were revoked.

In addition to the WJC and Israeli efforts, the Knesset – Israel’s parliament - is slated to vote soon on a resolution to establish a day commemorating the history of Jews from Arab lands and to found a museum focused on that history.

For more information on the New York conference, see here.