12 killed in attack on Christmas market in Berlin 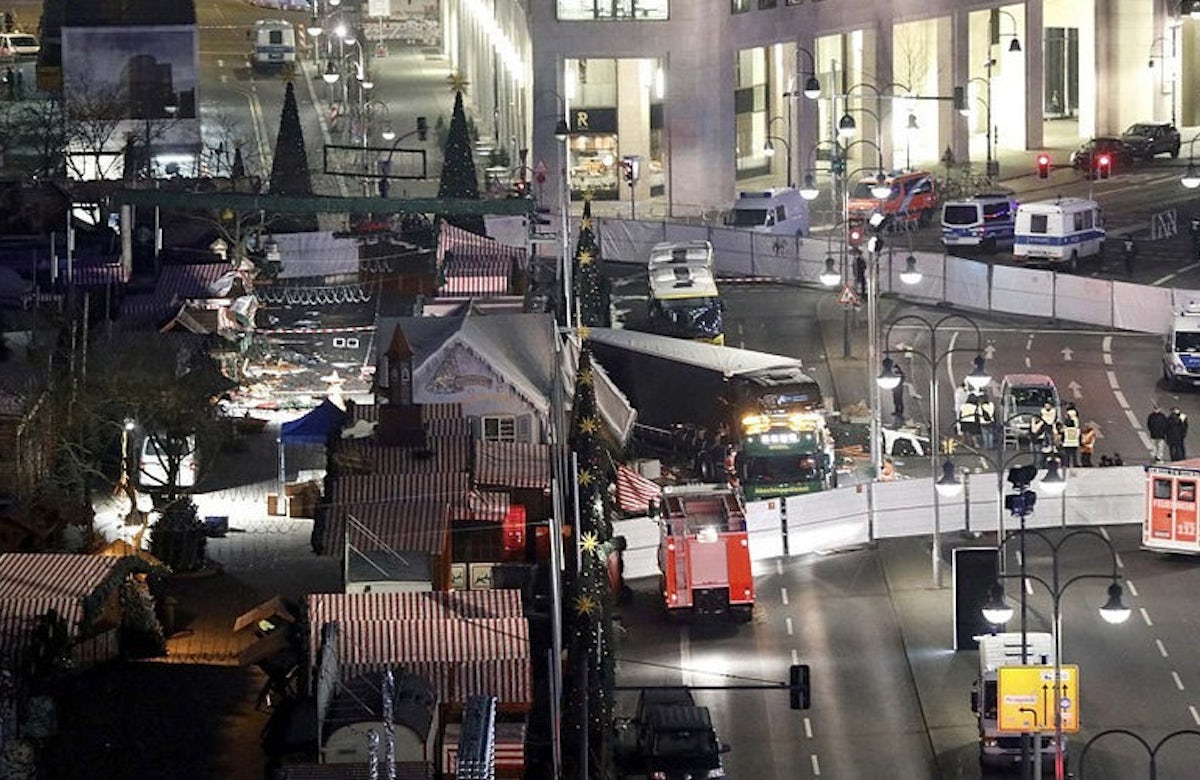 A truck plowed into a busy Christmas market in Berlin on Monday evening, killing at least 12 people and wounding 48 in what is being treated as a terrorist attack. 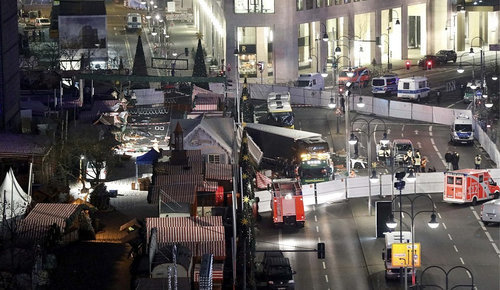 The truck struck the market outside the Kaiser Wilhelm Memorial Church, near the Berlin Zoo train station. The driver was initially believed to be a 23-year-old Pakistani asylum seeker, though he was released after questioning by police.

On Wednesday, Berlin police said that a 21-year-old Tunisian migrant was the chief suspect, but was still at large, possibly with injuries.

The attacker turned off the truck's lights before mounting the pavement and ploughing through crowds of people enjoying mulled wine after work. The vehicle was laden with steel cargo.

Witnesses said victims were sent flying like bowling pins as the killer driver steered at them before jumping out of the truck and racing from the scene. Police traced the masked terror suspect and managed to take him alive.

The Central Council of Jews in Germany reacted “with great sadness” to Monday’s attack: “We are deeply shocked. Especially in the pre-Christmas period, when our society focuses on values like charity, goodness and peace, our country was once again hit by this disgusting attack,” its president, Josef Schuster, said in a statement. He added: "Our thoughts are with the victims, their relatives and friends. We wish a speedy recovery.”

However, Schuster also warned that "our thoughts and deeds must not be overcome by fear and terror.”

German Chancellor Angela Merkel also condemned the attack. She said in a statement on Tuesday: "It would be very difficult for us to learn that a human being committed this deed who came to Germany to ask for refuge and asylum. It would be terrible for all of the Germans who are very active day by day in helping asylum seekers and refugees. It would be repugnant for them.”

Merkel added: “We do not want to allow ourselves to be paralysed by terror, although, this might be difficult in these hours but we will find the strength to continue living life as we want to live it in Germany, in freedom, and openness and together.”

However, Frauke Petry, leader of the far-right Alternative for Germany party, said: “Under the cloak of helping people Merkel has completely surrendered our domestic security.”