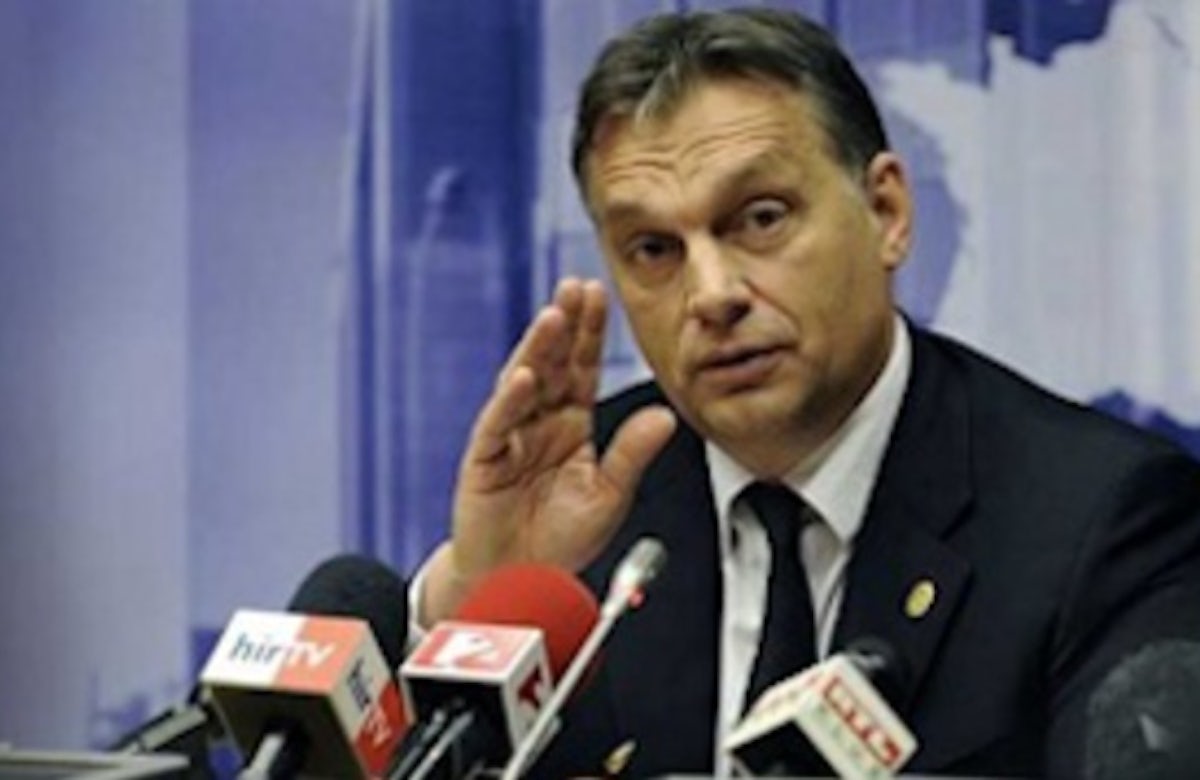 Over the course of my life I have met with many heads of state and government, from all political tendencies and in all parts of the world. In my experience, many of them started out as ideologues but became quite pragmatic once they took up government office. However, sometimes the opposite is true. One unfortunate example of that is Viktor Orbán.

The Hungarian prime minister was once renowned across Europe as a dynamic, but pragmatic conservative. He deserves credit for building a free and democratic Hungary. By leading his country into NATO he showed vision and determination on the international level. But today, Viktor Orbán has become the focus of increasingly strong international criticism. His second term as premier has been marked by an increasing narrow-mindedness on certain socioeconomic and political matters. At a time when many states in the world are placing an increasing emphasis on diplomacy, dialogue and cooperation, the go-it-alone Orbán seems to emphasize just one thing: Hungary’s presumed strength as national powerhouse.

Hungary's extreme-right poses a real threat to Jews and Roma

The far-right and extremist movement Jobbik has a strong influence. Support for it keeps growing, and some recent opinion polls even put it on second place, not very far behind after Orbán’s Fidesz party. Jobbik’s ideology is close to that of the Nazis, and in their public statements some of the party’s representatives deliberately evoke memories of the pro-Hitler wartime regime in Hungary.

Jobbik’s leaders believe that those who they consider to be the true, ‘native’ Hungarians are superior to others. They openly preach against minorities such as the Jews. They even call on the government to draw up ‘Jew lists’ – that sort of talk is reminiscent of the dark days 70 years ago.

Insults and threats against Jews and Roma have become widespread in recent years. Implementing this campaign of intimidation is the ‘New Hungarian Guard’, Jobbik’s paramilitary arm, which offers some historical parallels to the Nazi Party’s SA thugs. The public parades of these uniformed, torch-carrying bullies instill fear among people, and many refrain from going out on the street for fear of being insulted or attacked.

Threatening violence is part of the Guard’s strategy, and there have been quite a few cases recently when that threat was put into action, especially against the Roma. However, most of the time the menacing demeanor of these ‘guards’ suffices to intimidate people and to instill fear in them.

PM has a duty to protect all citizens

As the leader of a democratic country it is Viktor Orbán’s duty to protect the minorities in his country and to try to put an end to these goings-on. In his public statements he professes to be doing just that. Late last year, he promised the head of the Hungarian Jewish Community, Péter Feldmájer, that every Hungarian citizen would be secure and protected.

Words are important, but they are not sufficient. The situation on the ground continues to be difficult.

Since Viktor Orbán won a second term in 2010, Hungary has made international headlines for being a xenophobic and increasingly anti-Semitic country, and Orbán the fighter for democracy and civil rights seems to have turned into an ideologue for Hungarian nationalism that uses his two-thirds parliamentary majority to dismantle some of his own achievements of two decades ago.

Although he often says that he wants to unite all strands of Hungarian society, Mr. Orbán polarizes. In a subliminal message to Jobbik supporters, he and his party not only seek to revive ‘national symbols’,  they also try to influence and readjust certain cultural policies in order to change public opinion. In this process, many forms of prejudice against minorities not deemed to be part of the Hungarian nation are re-emerging, and sometimes these prejudices turn into hatred which manifests itself publicly.

The number of anti-Semitic or anti-Roma statements increased dramatically in recent years, and some of them have come from senior members of the prime minister’s party or his government.

At the same time, independent media organizations are under pressure. Television journalists are put under threat of sanctions if they run stories that don’t suit the authorities.

Equally worrying is the recent assault on the independence of the judiciary. Two weeks ago, Hungary’s Parliament changed the Constitution and de facto deprived the Constitutional Court of its ability to check the legality of the government’s actions. This was a serious infringement of the key democratic principle of the separation of power - of checks and balances. It rightly drew unprecedented criticism from the European Union, as it undermines the democratic foundation of Hungary. 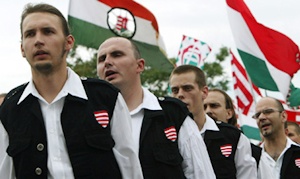 The dramatic changes triggered by globalization, the challenges posed by the economic crises of the past years, and the present uncertainties about the future of Europe ought to give conservative leaders an opportunity to show that they are able to marry key values such as freedom and tradition in such a way that all citizens can relate to them and that no-one feels excluded.

Top politicians today must to more than just lead. They must also lead in the right direction.

Prime Minister Orbán, however, seems to have lost his political compass. Despite an overwhelming parliamentary majority he still panders to the far-right fringe of Hungarian politics. That makes these people even stronger. Knowing that nobody is willing to rein them in they become even more extreme.

Next WJC Plenary Assembly to be held in Budapest

Anti-Semitism in Hungary will not just disappear overnight, once the economic crisis is over. On the contrary: If hatred against minorities is not opposed vigorously by the government it will become more deeply entrenched, and it will ultimately manifest itself not just in words, but also in deeds.

It is for this reason that the World Jewish Congress will hold its Plenary Assembly meeting in Budapest in May. We want to send a strong signal that Hungary – home to the third-largest Jewish community in the European Union – is on a dangerous track.

I am saddened to see that this beautiful country has become so isolated internationally, but I still hope that the leader of this country will find his political compass again and change course. Hopefully before it’s too late.