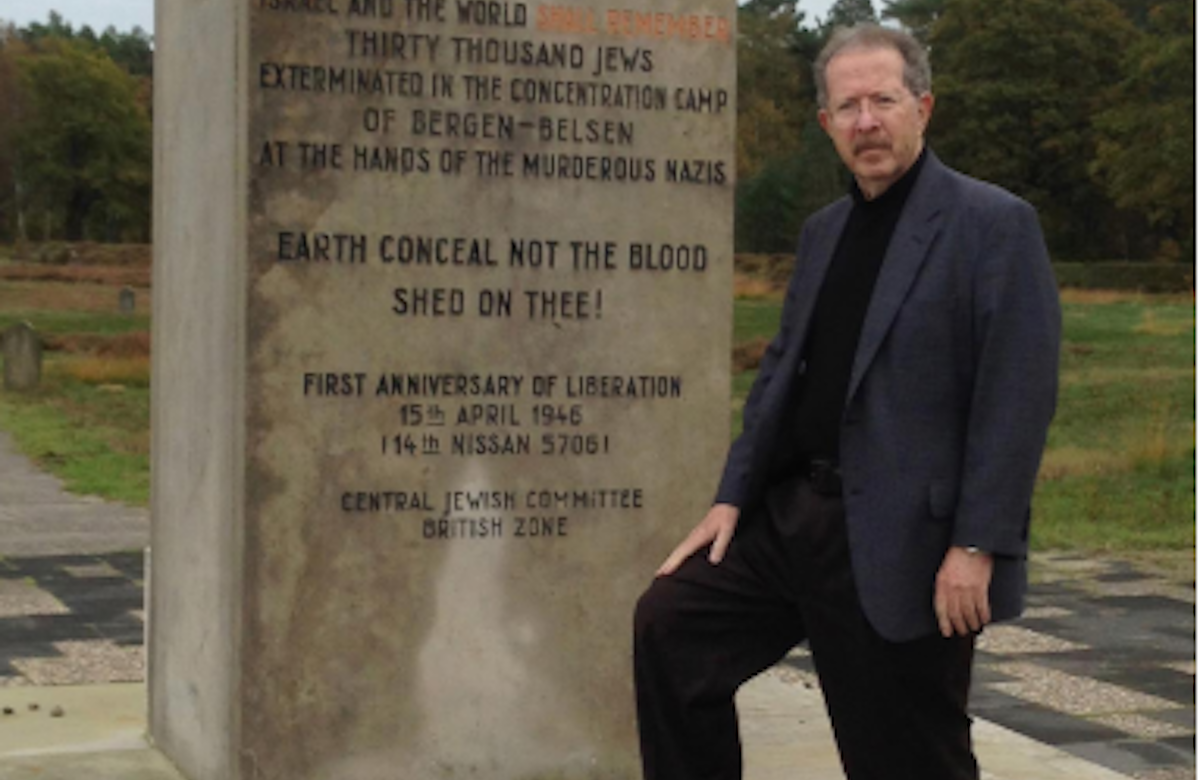 As the world commemorates Yom HaShoah, the Jewish day of remembrance for the victims of the Holocaust, a new book of poetry confronts God, the perpetrators of and the bystanders to the genocide of European Jewry during World War II.

“Poems Born in Bergen-Belsen,” published by Kelsay Books, is a book of poetry by Menachem Z. Rosensaft, the World Jewish Congress’ Associate Executive Vice President and General Counsel. Rosensaft is the son of two survivors of the Nazi German death and concentration camps of Auschwitz and Bergen-Belsen and was born in 1948 in the Displaced Persons camp at Bergen-Belsen. The collection, which is available on Amazon, focuses in large part on themes of the Holocaust from simultaneous personal, universal, and often theological perspectives.

“Over the decades I have tried to give voice to the dead in my poems, to comfort ghosts, and to provide a memorial to the millions who have none,” Rosensaft writes.

In a review of the book, Ambassador Michael Oren writes, “The breadth of these poems is extraordinary. Throughout, readers of Rosensaft’s poems will enter a world of unspeakable suffering and sorrow but also of defiance and faith.”

Rosensaft describes the burden of being the sole member of his family left to remember murdered family members, including in particular an older half-brother, Benjamin, whom he never met. Rosensaft has built a life committed to writing about and educating on the Holocaust and the dangers of antisemitism and hate. He teaches about the law of genocide at Columbia Law School and Cornell Law School. Using poetry as his tool, Rosensaft has attempted to ensure the atrocities of the Holocaust are never forgotten nor repeated.

“What I hope I can do with my poetry is take the memories that we received from our parents and transmit those into the future,” Rosensaft said.

“As long as we are blessed with memory, we have an obligation to share the memory of the past,” Schneier said. “We need to learn from the past,” he continued, “remember ‘zachor,’ and if we do that, Hashem will be with us.”

At a time where Holocaust denial has become rampant, Rosensaft’s poems provide personal insights and demonstrate the urgency to which these memories are never forgotten.

Klein Halevi echoed Schneier’s sentiments and described how children of Holocaust survivors are often raised in part to be “surrogate contemporaries” of their parents.

Of Rosensaft, Halevi said, “It is so rare in Jewish life to get a glimpse of the soul, to see someone who is known for a leadership role in the Jewish community, to give us a glimpse into the poetry of the Jewish story, for me, was very moving. Children of survivors are so intimate with our parents' stories that we can almost be them. “In your poems,” he said to Rosensaft, “I felt your parents’ voices.”

A number of Rosensaft’s poems are also rooted in the death of his five-and-a-half-year-old brother, his mother’s son, who was gassed upon arrival at Auschwitz – three years before Rosensaft was born. “Once upon a time,” he writes in one of his poems, “my brother used to laugh, used to play, used to sing, used to have tomorrows, but that was before ... before he went with his father and grandparents into a blackness without end.”

“We can’t expect others to understand our pain unless we identify and attempt to relate to their pain,” Rosensaft said. “Unless we do everything in our power to show that we care, we cannot expect people to care about our collective struggles.”