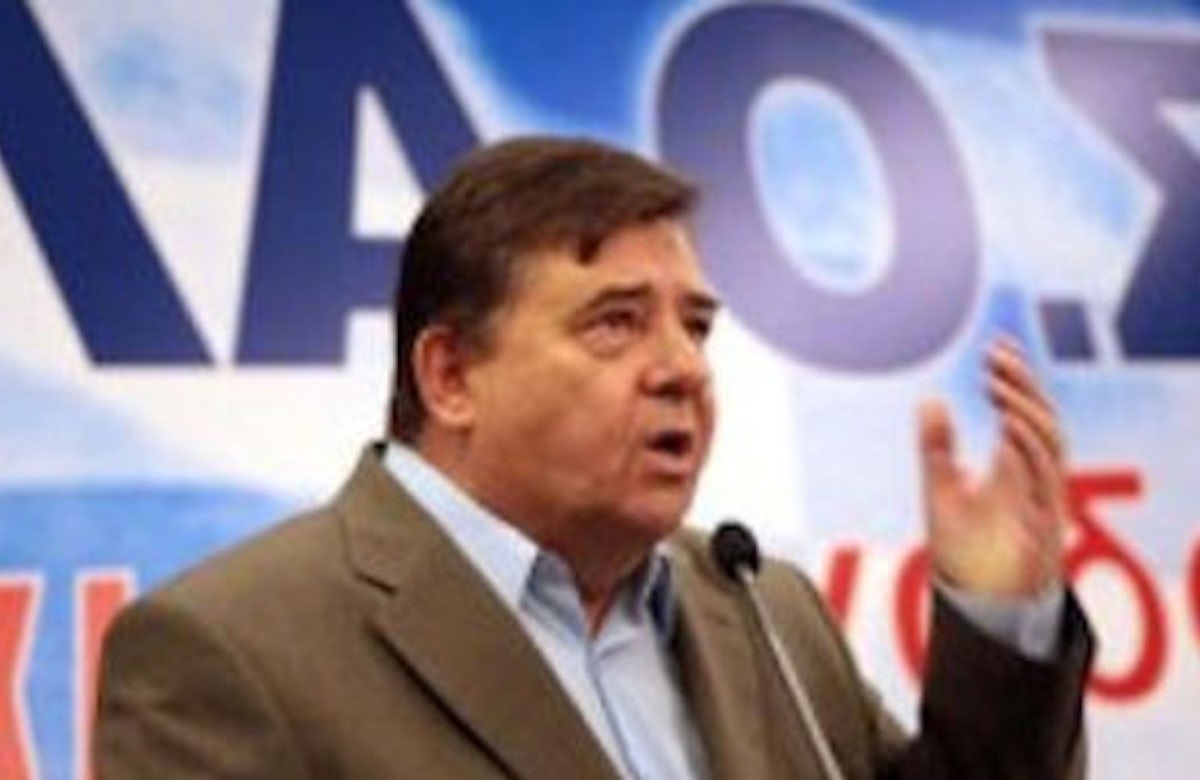 In Greece, several members of the extreme-right LAOS party, which has repeatedly been accused of anti-Semitism, have been appointed to the country’s new government. The ‘national unity’ coalition government led by Lucas Papademos was formed after the resignation of Socialist Prime Minister Georgios Papandreou and is supported by the Popular Orthodox Rally (LAOS).

The new minister of infrastructure, transport and networks, Makis Voridis, has reportedly questioned that the 'Protocols of the Elders of Zion' were a forgery, and Adonis Georgiadis – the newly appointed deputy minister for development – is reported to have said that “all major banks belong to the Jews” and that “the Jewish lobby” would determine the fate of Greece’s foreign debt. 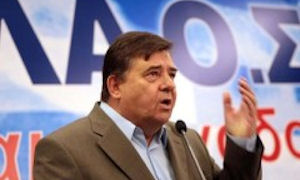 During Operation Cast Lead in 2008, LAOS leader Georgios Karatzaferis (pictured) said in a newspaper editorial that the Israel Defense Forces were acting "with savage brutality only seen in Hitler's time towards helpless people." He has also publicly questioned why Jews did not "come to work on 9/11", suggesting that they were warned to leave the World Trade Center prior to the attack. He challenged the Israeli ambassador in Greece to come and debate on "the Holocaust, the Auschwitz and Dachau myth" and in 2001 he stated that "the Jews have no legitimacy to speak in Greece and provoke the political world. Their impudence is crass."

In 2002, Karatzaferis accused then-Greek Prime Minister Kostas Simitis during a parliamentary session of having a daughter who "secretly married a Jew". Another leading party member, Adonis Georgiadis, publicly endorsed the anti-Semitic book authored by the self-styled “Nazi, fascist, racist, anti-democrat, anti-Semite” Konstantinos Plevris ‘Jews: The Whole Truth’ on a television show. In it, Jews are called “subhuman.”

LAOS has 16 seats in Greece’s 300-member parliament. It now holds one ministerial portfolio as well as three deputy ministers. The party is one of three parties in the coalition, the others being Papandreou’s PASOK and the conservative New Democracy of Antonis Samaras. Together they control 237 seats. While LAOS was not needed to build the coalition, its inclusion is widely believed to be an attempt to garner as much support as possible for the painful austerity measures Greece is expected to adopt in the coming months, following the dramatic economic and financial crisis of recent months.

In comments carried by ‘Reuters’ Karatzaferis now admitted that some of his past remarks on Jews had been a mistake, and he described Adolf Hitler as “the greatest criminal” of the 20th century. ”I am not dogmatic,” he was quoted by the news agency as saying, adding: ”I am not against peoples. I am against certain actions.”