Netanyahu on course to form fourth government after triumphing in election 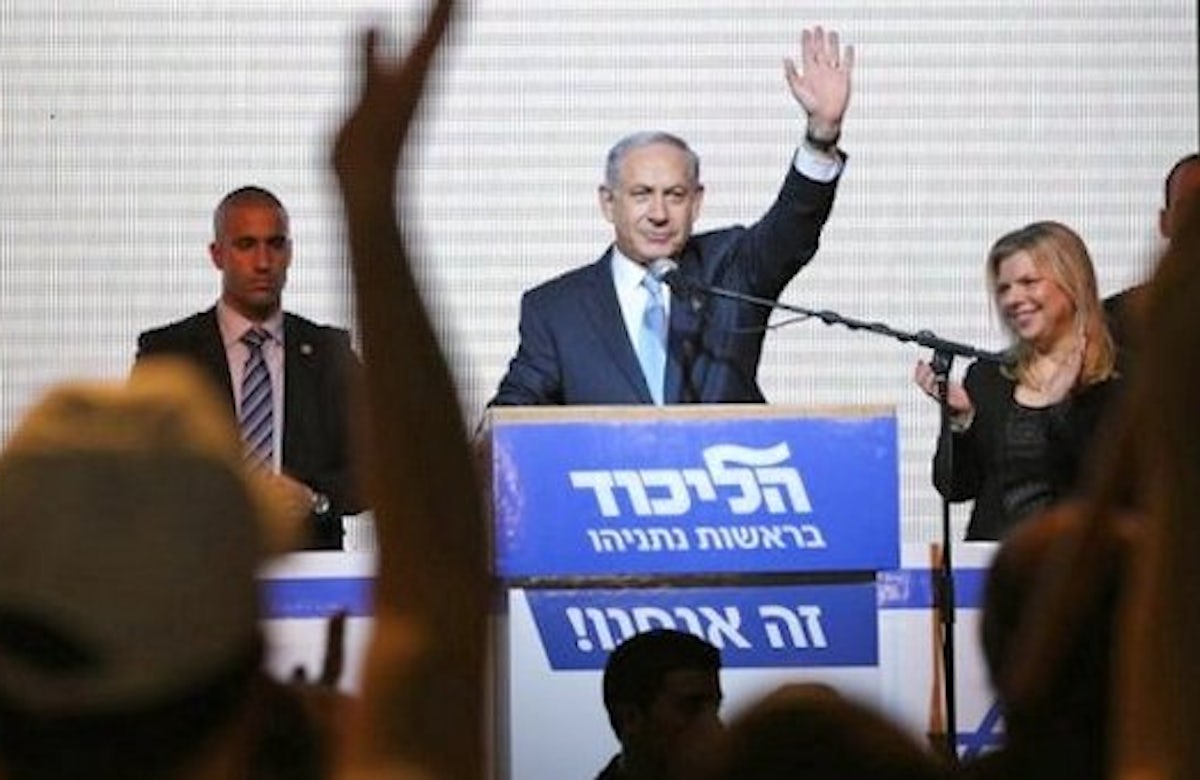 Benjamin Netanyahu and his Likud party won a clear victory in Israel’s election on Tuesday, paving the way for him to serve a fourth term as Israel's prime minister. Netanyahu and Likud overcame a strong challenge from his main opponent, Zionist Union leader Isaac Herzog. 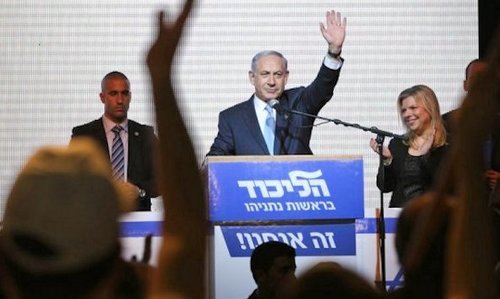 “Against all odds, we achieved a great victory,” Netanyahu told his supporters in a packed hall in Tel Aviv at 1 a.m. Wednesday, after separate exit polls by the three main Israeli cable networks had put the Likud and the Zionist Union neck and neck. However, after 99 percent of votes had been counted a few hours later, the Likud won 30 of the 120 Knesset seats and the Zionist Union only 24.

An estimated 71.8 percent of Israel's eligible voters cast their ballots in the election.

Herzog conceded the election in a telephone call to Netanyahu Wednesday morning. “I wished him luck, but let it be clear: The problems are the same problems; nothing has changed,” Herzog told reporters outside his home.

Herzog and an alliance of Israeli Arab parties called the Joint List will now likely form the opposition in the next parliament. The Joint List parties finished with 14 seats, making them the third-largest vote-getters. Herzog promised that his Zionist Union will continue to serve as “an alternative in every area.”

Likud’s gains nearly matched the total of 31 seats taken in the 2013 election in an alliance between Netanyahu’s party and a group led by Avigdor Lieberman, who became the country’s foreign minister. In 2013, Likud took 18 seats and Lieberman’s group gained 13.
Netanyahu said he had already begun to call potential coalition partners in Israel’s right and religious wings to discuss forming a new government.

Netanyahu has started discussions to bring the following into his coalition: Naftali Bennett and his Jewish Home party, composed of religious nationalists and the pro-settler camp; the populist and former Likud member and communications minister Moshe Kahlon; Lieberman, head of a small secular nationalist party whose base is dominated by Russian-speaking immigrants from the former Soviet Union; and the leaders of two parties that represent Israel’s ultra-Orthodox Jewish population.

The president of the World Jewish Congress, Ronald S. Lauder, congratulated Netanyahu on winning the election. “Israel is one of the world’s great democracies and once again, its people have shown this through a free and open democratic election. Prime Minister Netanyahu has demonstrated his tremendous leadership abilities over the years along with his incredible dedication to the Jewish state of Israel,” Lauder said in a first reaction.

“At a time that has seen a dangerous increase in anti-Semitic attacks throughout the world, the next few years will be a challenge for Jews everywhere, and I look forward to working with Prime Minister Netanyahu to make the world a safer place for all people.

“I urge world leaders to respect the result of this democratic ballot and to work closely with Prime Minister Netanyahu and his new government in the months and years ahead. In a volatile Middle East, Israel’s right to exist as a democratic, Jewish state must be safeguarded, the security situation in the Middle East must be improved and the government must ensure that Israel can continue to be the economic and scientific powerhouse it has become in the past decades,” said Lauder. 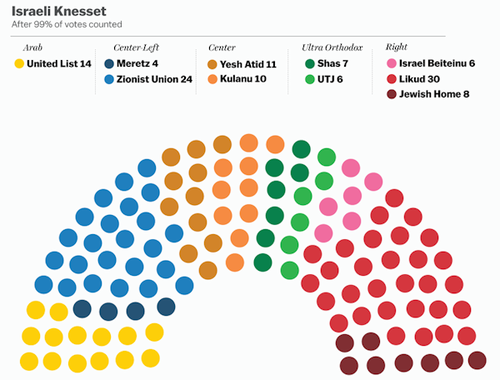