Memorial to the 64,000 Austrian Jews murdered by Nazis underway in Vienna 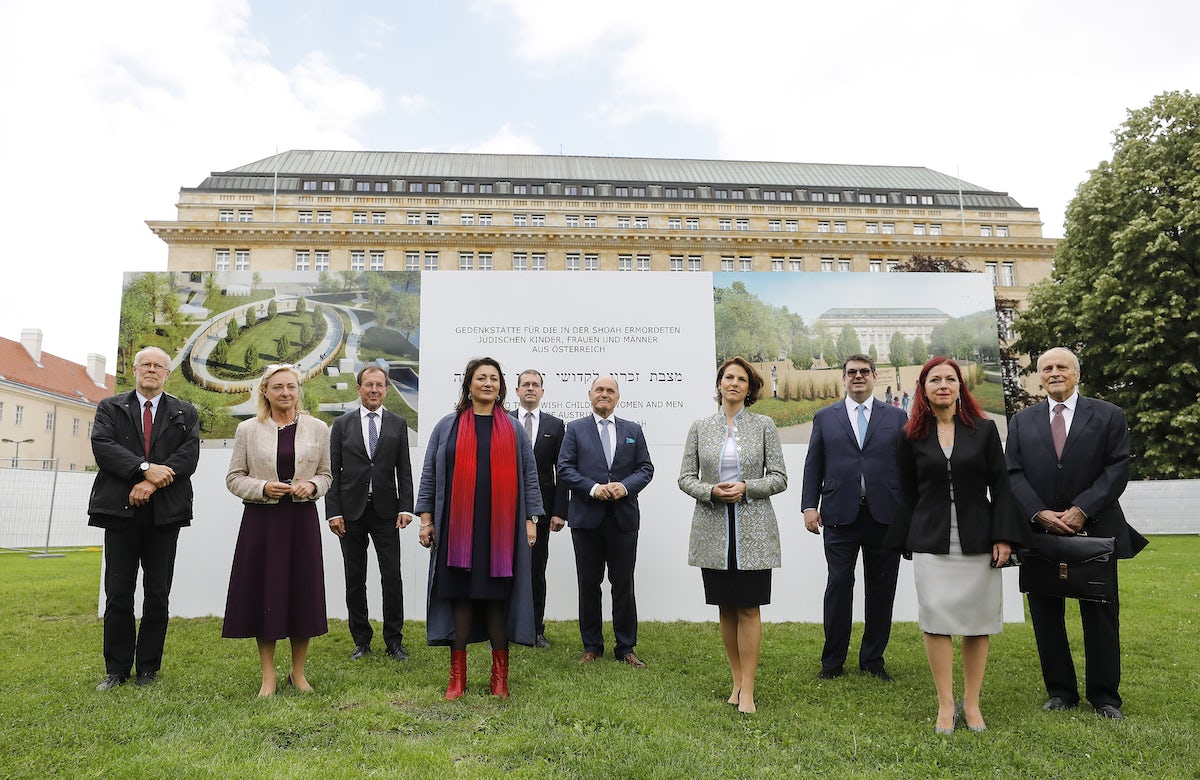 A groundbreaking ceremony was held on Monday at Ostarrichi Park in Vienna for the construction of a memorial to the more than 64,000 Austrian Jewish men, women, and children murdered under Nazi rule.

The memorial was initiated by Holocaust survivor Kurt Y. Tutter, and is estimated for completion in autumn of 2021. The memorial will comprise several stone walls in oval arrangement, upon which the names of the more than 64,000 victims will be inscribed. Ostarrichi Park is located in the Alsergrund district of Vienna, a green area in front of the Austrian National Bank.

National Council President Wolfgang Sobotka, who also serves as president of the National Fund of the Republic of Austria for Victims of National Socialism, thanked Tutter for his initiative and said he regretted that it had fallen on the shoulders of a survivor to create such a public monument to the victims of the Nazis. "We cannot undo the Holocaust - there is no gesture with which we can make amends, but we can make a gesture of remembrance," Sobotka said in his remarks at the groundbreaking ceremony.

The walls of this monument must serve as a "warning for the future," Sobotka added, indicating that there is a clear mandate for all to join the fight against the antisemitism emanating from the extreme right and left, as well as within Muslim circles. Only once Jewish life blossoms again will we have succeeded in fighting the roots of antisemitism at least halfway, Sobotka said.

Oskar Deutsch, President of the Vienna Israelite Community (IKG), underscored that "commemoration must serve the future," adding that there is a need for increased security for Jewish communities amid the rise of antisemitism today.

Deutsch also thanked Tutter for his initiative, and expressed his gratitude to Chancellor Sebastian Kurz, for whom the historical responsibility of the project carried such weight that he undertook overseeing its implementation.

The walls of this monument should be a place of remembrance, but also of reflection, Deutsch added. We all have a daily responsibility “to ensure that this never happens again – that is what we owe to those victims of the Shoah whose names are engraved here."

Federal Minister for the EU and Constitution Karoline Edtstadler, who also took part in the groundbreaking ceremony, noted that the future would judge us on how well we have fought antisemitism in all its forms and "which actions we have taken to create a society free from extremism.” The memorial is intended to return identity and dignity to those who were murdered, she said, adding that the names of the victims would be "indelibly carved in stone" to keep their memory alive.