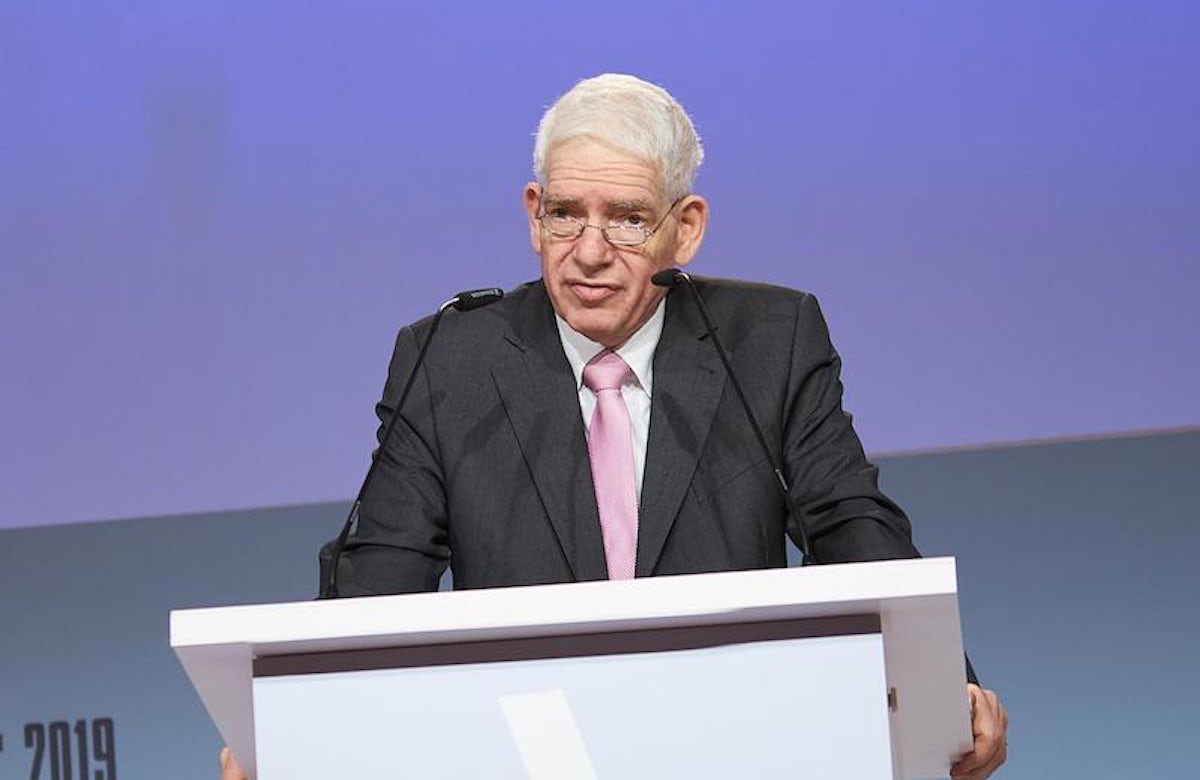 Many years passed after World War II before a culture of remembrance could take hold in Germany - even physicians were actively involved in Nazi crimes.  But an examination of history is now taking place within these public bodies and associations, says Dr. Josef Schuster, President of the Central Council of Jews in Germany, in an interview with the Ärzte Zeitung.

Ärzte Zeitung:  Given the hectic day-to-day circumstances of a practicing doctor at present, is this really a time for remembrance? I am thinking particularly of those events relating to Yom Hashoah, the Jewish day of remembrance for the millions of victims who perished in the Holocaust, which had to be cancelled due to the Corona pandemic.

Josef Schuster: It is almost the other way around, actually; because in addition to everyday office hours, many current appointments have either been cancelled or moved online. Travel and commuting times have thus been eliminated, leaving a bit more extra time.

Ärzte Zeitung:  As to your background: you studied medicine, specialized as an internist and opened your own practice. At the same time, you became involved in Jewish associations and at the end of the 1990s you were elected chairman of the Jewish community in Würzburg, just like your father, before you. Finally, in November of 2014, you were elected to head the Central Council. Over the course of these many years, the topic of memory culture was often spoken about, but did actions follow words?

Schuster:  Definitely. We are in a very different situation presently than we were in the early 1990s. It is also significant that today, the families of the perpetrators are more open and willing to deal with the topic.

If you examine your own guild, the medical profession: has it managed to reappraise its own role in the 75 years after the end of the Second World War?

Schuster: It was also the case here that initially there was silence for several decades. You didn't talk about it, you didn't want to talk about it, because even elected representatives within the medical profession could not have hidden their own involvement if you had drilled a bit deeper. Times have changed and over the past 20 years we have seen that the issue has been addressed by the entire medical profession, by professional associations in particular. This is important because only if you grasp what happened and how it happened is there a possibility to prevent this from happening again in the future.

The role of doctors in World War II

I am also thinking of Grafeneck in the Swabian Jura, a place where doctors first murdered patients with gas in 1940. Grafeneck was the first of six killing centers in which over 70,000 people were murdered in what was termed "mercy-killings". In 2018, the State Medical Association of Baden-Württemberg commemorated these crimes with a plaque. Better late than never... .?

And if you think of "Alt Rehse," a leadership school in Mecklenburg where doctors were educated to become strapping Nazis. My question: is it possible to excuse the initial silence? And then still say: Better late than never?

Schuster: There is simply no point now in asking why nothing has been done for decades. I believe that it doesn't help anyone today. I have hinted at some explanations for why this is the case. Better late than never, yes, that's right. And as far as your concrete example is concerned, there are concepts to establish an advanced training center in Alt Rehse - especially given its historical importance for the medical profession. This is apparently a bit tough and I really would have hoped for a little more support from the medical associations.

You mentioned it yourself, it is a tough process in many respects - nevertheless there were German medical meetings which recalled the memory of misdeeds: an exhibition on "Medicine in the Weimar Republic and in the Third Reich” in Berlin 1989, or an exhibition in Nuremberg in 2012 describing how licenses to practice medicine were revoked from Jewish doctors in 1938. Many chambers have followed suit. Was the implementation adequate?

Schuster: Yes, it was adequate. I am particularly pleased that many of the medical professional associations (surgeons, internists and cardiologists, to name but a few) have worked intensively on examining their history during the National Socialist era, whether in book form or via exhibitions.

Antisemitism, racism and Islamophobia are all phenomena that are directed against our basic democratic order. Looking at the past few months we can see an increasing number of assaults and attacks on Jews. Does this pose a serious threat yet?

Schuster: The situation for Jews has changed in recent months. After the attack on the synagogue in Halle in October of 2019, I clearly observed an increased level of insecurity in the Jewish community. The question: Can you safely visit Jewish temples and synagogues, or can't you? These are events that have a lasting impact on Jewish life in Germany, despite the fact that politicians acted absolutely correctly by strengthening security measures at Jewish establishments, thus creating a feeling of security again.

As in other strata of society, there are right-wing currents within the medical profession. Do they worry you?

Schuster: They do. I have to say honestly that it is actually incomprehensible to me how doctors - who are supposed to be committed to humanity yet harbor resentments against certain people – how such doctors can actually be elected representatives in local parliaments, probably because of the trust that some voters place in them. If there are doctors here who are running for the AfD (Alternative for Germany, a right-wing to far-right political party in Germany), that is sad.

Should doctors, by dint of their profession, also have a duty to tackle (not only) fascist tendencies in a society? You refer specifically to the Geneva Declaration: “. . .to celebrate my life in the service of humanity.”

Schuster: Then I'll answer you with a counter question. Doctors who served the National Socialists in the Third Reich - and what happened here, I call Auschwitz, but not only Auschwitz - they had different ideas and apparently did not have these noble goals in mind. So, I ask you: Do all doctors have these lofty goals in mind today?

I can't give you an answer to that. . . You say elsewhere: We are far too comfortable in Germany: a little antisemitism, a little racism, a little Islamophobia – it’s not all that bad! Yet the deeds in the recent past speak all too clearly. Are we trivializing a phenomenon?

Schuster: The fact is that many are of the opinion: "I am not Jewish, I am not bothered by anti-Semitism, I am inconspicuous in appearance, I am not a Muslim. So, what difference does it make to me? I can just sit back and relax.” Unfortunately, it is not clear to many that all of these attacks are not principally about whether this is a problem for Jews. Anti-Semitism, racism and Islamophobia are all phenomena that are directed against our fundamental democratic order. That is the crucial point which does concern everyone, and this is where you must be careful not to get too comfortable.

The Central Council of Jews

Dr. Schuster, you have only recently been appointed to the German Ethics Council. What are your expectations for this task?

Schuster: The expectations are difficult to assess. I know the committee, but I am unfamiliar with its work. I was a member the Central Ethics Committee of the German Medical Association for many years and gained experience through my work. I approach this new task with medical expertise, but also with Jewish ethical principles. It is my wish to combine both, and then perhaps - as a long-standing member of the profession - to bring in the perspective from my practice. I think these are important points.

Dr. Schuster, thank you for this interview.