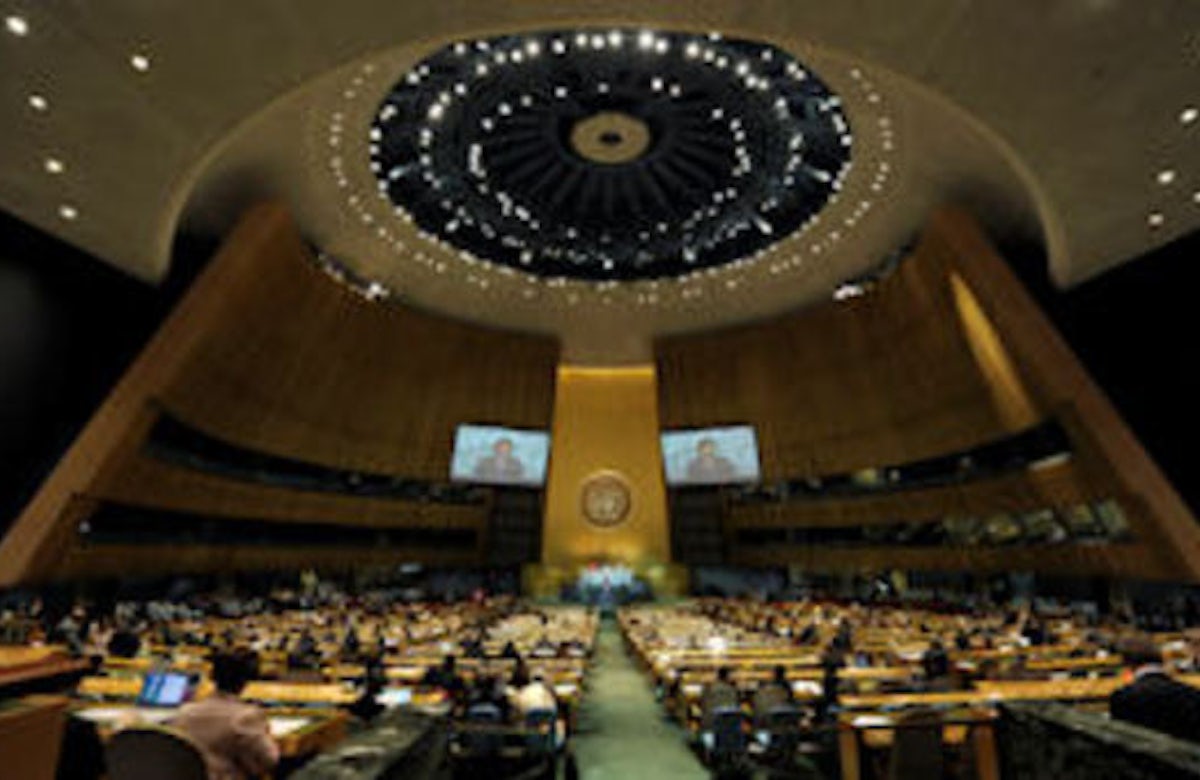 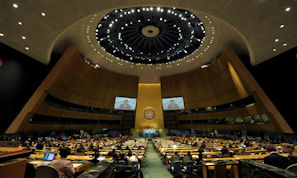 The tenth anniversary of the controversial Durban World Conference Against Racism has been marked at the United Nations in New York. Fourteen Western countries had announced that they would not attend 'Durban III' in protest against the parley's unhealthy focus on Israel. The participants at the conference voted on a political statement affirming the declaration of the original Durban conference, in which Palestinians were labeled as "victims of racism". One of the speakers at this year's conference was Iranian Foreign Minister Ali Akbar Salehi, who spoke about the "human rights violations perpetrated by the Zionist regime" against the Palestinians.

UN Secretary General Ban Ki-moon also spoke, referring to attempts to brand Israel as racist: "We are all aware that the original Durban conference and its follow-up two years ago caused immense controversy. We should condemn anyone who uses this platform to subvert that effort with inflammatory rhetoric, baseless assertions and hateful speech. Our common commitment must be to focus on the real problems of racism and intolerance," he said.

The 2001 Durban event was marked by wrangling about Middle Eastern and African demands for reparations for slavery, and attempts by Islamic countries to brand Israel as racist. Many of the participants used the conference to bash Israel, Zionism and Jews.

Israel and Canada were the first nations to announce their withdrawal from ‘Durban III’, followed by the Netherlands, the Czech Republic, Italy, Australia, New-Zealand, Germany, Bulgaria, and in recent days Britain, France and Poland. The US announced that it would boycott the conference three months ago in light of the fact that in recent years, a series of anti-Israeli and anti-Semitic resolutions had been adopted at its gatherings. The White House said the United States had not taken part in the event because "since its inception... the Durban process has included ugly displays of intolerance and anti-Semitism."

Israel's UN ambassador, Ron Prosor, criticized the world body for holding Thursday's event and hosting speeches from countries such as Iran. "We cannot and will not ignore such a willful misuse and abuse of the United Nations," Prosor was quoted by the news service 'YNet' as saying. "Many of the world's free nations are joining Israel in refusing to give legitimacy to this year's Durban Commemoration. Fourteen nations are boycotting the event outright. This is a powerful message." The Durban conference "and the anti-Semitic atmosphere in which it was held was a particularly unpleasant and divisive chapter in the UN's history," British Foreign Secretary William Hague said in a statement earlier this month. "It is not an event that should be celebrated." 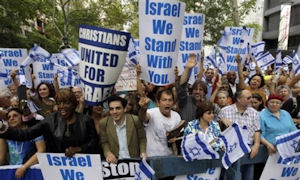 To coincide with Durban III, several groups held counter events. The Hudson Institute and Touro College held a gathering near the UN building entitled ‘The Perils of Global Intolerance: The United Nations and Durban III’. Calling Durban III an exercise in the deliberate delegitimization of the state of Israel, various speakers including World Jewish Congress President Ronald Lauder and WJC Secretary-General Dan Diker, Nobel Peace Prize laureate Elie Wiesel, former New York City mayor Ed Koch, and renowned lawyer Alan Dershowitz denounced the proceedings in the UN General Assembly Chamber. The former US ambassador to the UN John Bolton said the United Nations were commemorating a conference that went against the explicit purpose of the UN as an institution.

Outside the UN compound, thousands of Israel supporters staged a rally, denouncing the 'Durban III' (see picture above).