Hundreds of tombs vandalized in Jewish graveyard in France 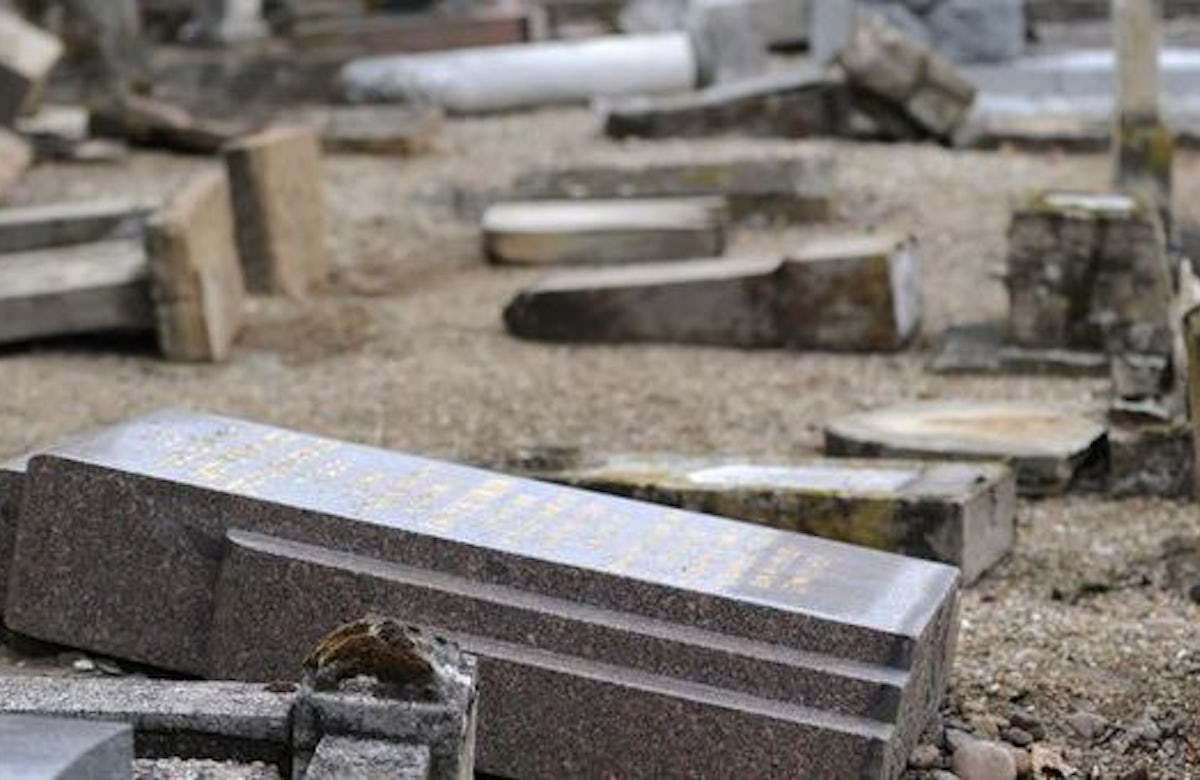 At least 200 tombs were desecrated and 100 mostly ancient headstones destroyed by vandals at a Jewish cemetery in Alsace, in eastern France, in what French Interior Minister Bernard Czeneuve called "a despicable act". 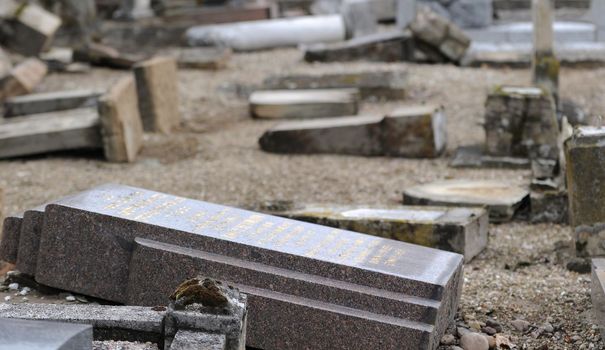 "The country will not tolerate this new injury which goes against the values that all French people share," said Bernard Cazeneuve, without giving further details of the incident in the town of Sarre-Union in the Alsace region. "Every effort will be made to identify, question and bring to justice the person or persons responsible for this despicable act," he added.

French President Francois Hollande added his voice to the condemnation, calling the desecration an "odious and barbaric act" while Prime Minister Manuel Valls, writing on Twitter, described it as "anti-Semitic and ignoble".

It is not the first time that a Jewish cemetery in Sarre-Union has been targeted. In 1988, around 60 Jewish steles, stone or wooden slabs often used for commemorative purposes, were knocked over, and 54 tombs were wrecked in 2001. The graveyard is still used as a burial place and counts about 400 headstones. Some media report that three quarters of the tombs were affected by the vandalism.

According to media reports, the incident took place between Thursday and today, when it was discovered by a woman who noted damages to the entrance portal and to the monument in honor of Holocaust victims.

News of the latest incident comes just over a month after an Islamist gunman shot dead four Jews in a kosher supermarket siege in Paris and less than 24 hours after a fatal shooting at a synagogue in Copenhagen. "I am fed up of all these anti-Semitic acts, in their different forms that we saw on January 9 in France, yesterday in Copenhagen and today in Alsace," Roger Cukierman, president of the Representative Council of Jewish Institutions of France (CRIF) and a vice-president of the World Jewish Congress, told the news agency AFP.

Such "cowardly acts" showed a "lack of moral and ethical values" and was an illustration of a failure of France's national education system, he added.