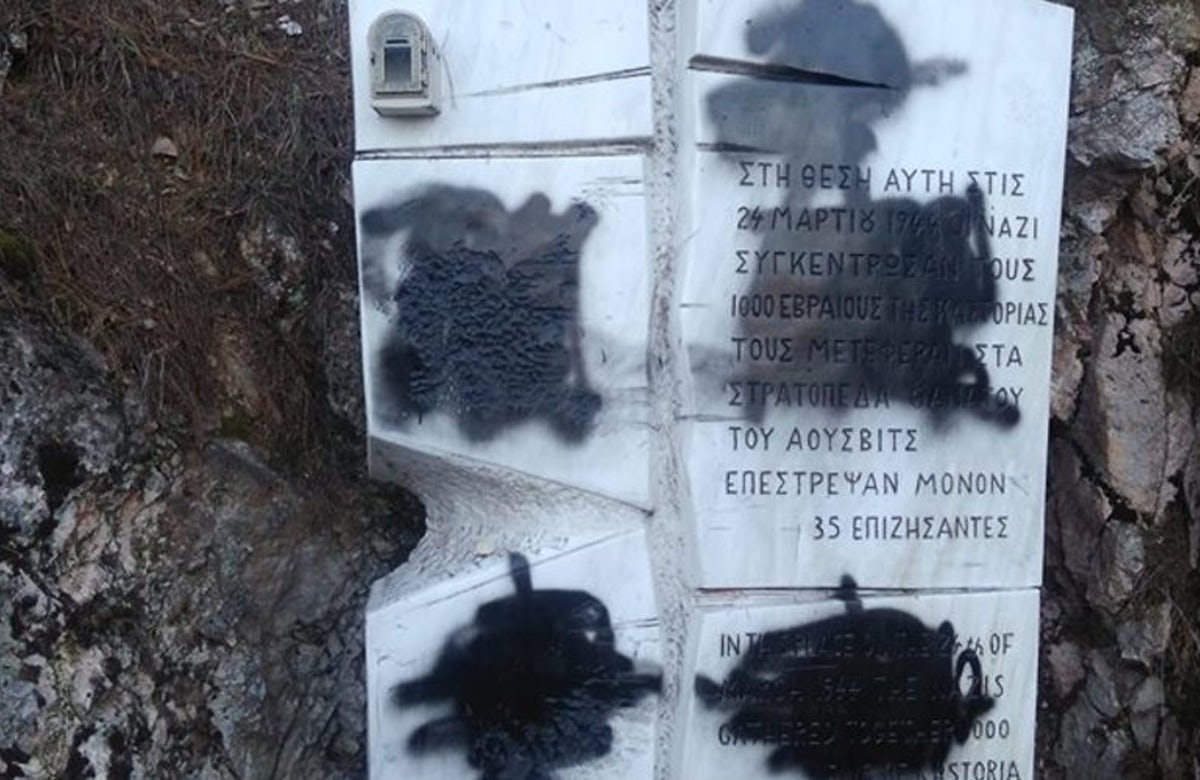 The World Jewish Congress stands with our affiliate, the Central Board of Jewish Communities in Greece, in condemning the vandalism of a Holocaust monument in Trikala, the latest in a string of such desecrations in recent months. Unknown perpetrators destroyed the fence surrounding the monument and removed its Star of David. The monument was also sprayed with antisemitic graffiti three times in 2019.

The incident comes just days after a similar incident at a recently restored synagogue in the city. The synagogue, which is one of the oldest synagogues in Greece was smeared with antisemitic slogans, such as “Jewish snakes out.”

The Central Board of Jewish Communities in Greece sent a letter last week in wake of the vandalism of the monument to the Minister of Citizen Protection, the mayor of Trikala and the city's chief of police, calling for the perpetrators arrest and prosecution as well as, “the adoption of effective security measures for the protection of all Jewish sites.”

The City of Trikala strongly condemned the incidents calling them "unacceptable, dark acts of bigotry and racism, violating any sense of respect to human beings and their values."

The incidents are the latest in a series of similar incidents in Greece. In mid- 2018, the Central Board of Jewish Communities in Greece organized a silent protest at the site of a desecrated Jewish cemetery and launched a social media campaign to raise awareness of the antisemitic incidents proliferating in the country. Unfortunately, a month or so later, a Jewish Monument at Aristotle’s University of Thessaloniki was desecrated.  Following the incident, World Jewish Congress President Ronald S. Lauder urged Greece to “follow through on its commitment to combating antisemitism, and treat these incidents with utmost severity, concern, and action.”

Manifestations of antisemitism have not been limited to the physical desecration of Jewish sites. Early in 2019, Vangelis Alexandris, a Greek television commentator, accused former US-Israeli basketball coach David Blatt of lying, because “he has Jewish blood inside him.”

Fortunately, there have been some signs of optimism in Greece. In July of 2019, following the election of Prime Minister Kyriakos Mitsotakis, President Lauder called Prime Minister Mitsotakis, “a true ally of Israel,” who has “always demonstrated deep support and friendship for the Jewish community in Greece.”

Following his election, in November, Prime Minister Mitsotakis announced that Greece would adopt the International Holocaust Remembrance Alliance (IHRA) definition of antisemitism, an action that the WJC has been demanding all countries to undertake in order to contend in a universal manner with incidents of antisemitism. The IHRA working definition offers a comprehensive description of antisemitism, including hatred and discrimination against Jews, and Holocaust denial, as well as clear criteria outlining when criticism of or attacks against the State of Israel constitute antisemitism.

WJC participated in the Jewish community of Athens' silent protest: "Jews are an inseparable part of Greece and have been for centuries. We must never allow vandals, criminals or anyone to call into question their wellbeing or their sense of security" #SayNoToAntiSemitism pic.twitter.com/8RZDlpMhSp

Another Holocaust memorial has been vandalized in Greece. This comes only 12 days after a different monument was similarly desecrated. We will stand shoulder to shoulder with the Jewish Community of Thessaloniki to combat these acts of anti-Semitism. https://t.co/EAHkitqnRm pic.twitter.com/GYUGeGmFTP