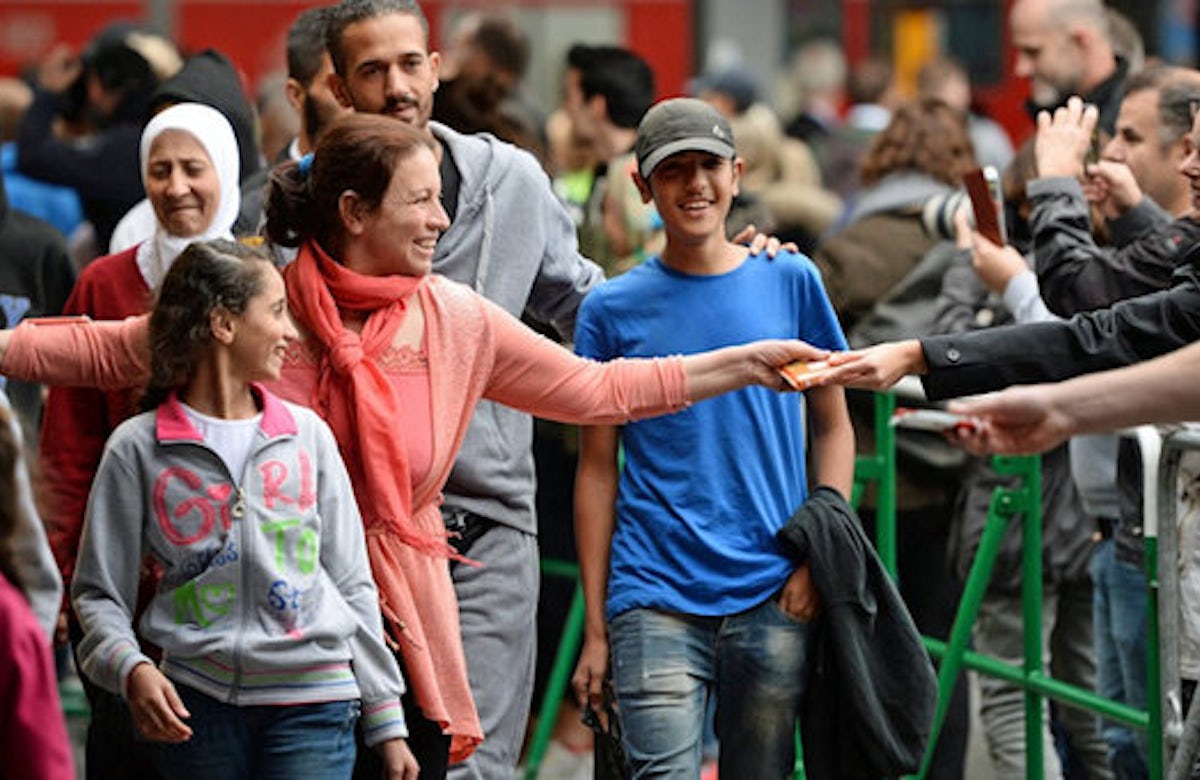 Civil society leaders, including from the Jewish community in Germany, have launched an appeal whose aim is to promote "openness, solidarity, democracy and the rule of law in Germany and Europe." 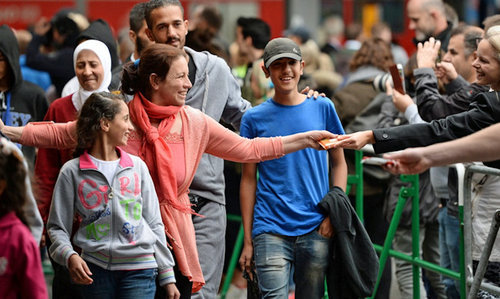 The signatories brought together representatives from religious groups, unions, employers' associations and various charities, including the president of the Central Council of Jews in Germany and vice-president of the World Jewish Congress, Josef Schuster. They are urging fellow Germans to continue to be peaceful and show solidarity in the refugee crisis.

The Alliance wants the current debate in Germany about refugees and immigration to be "objective and focused on solutions" instead of "publicly stoking fears and resentment." It also urges people to "stand up against inhuman statements and acts, regardless of where they come from and who they are directed at." The signatories want "far-right, inhuman attacks on refugees and their homes, on police, on members of the press and aid workers to be systematically prosecuted."

Wherever someone violates the state's monopoly on violence or breaks the law, he or she has to be prosecuted, the appeal states. It also points out that the rule also applies to foreign nationals, who must face deportation if convicted.

The alliance is the first of its kind in Germany.

Text of the appeal

Germany is a democratic, cosmopolitan nation. It is integrated into the European Union – a community of shared values and common economic policy – and a nation bound to the principles of universal human rights. People of wide-ranging cultures, religions and ethnic backgrounds have co-existed in Germany for decades. The protection of human dignity that is anchored in our Basic Law applies to all who live here – regardless of whether they have been here for generations, or have arrived as migrants or refugees.

Those driven from their homes by war and persecution and in fear of their lives have a right to seek shelter in Europe. It is our belief that Germany must continue to fulfill its humanitarian duty in this regard. At the same time, there is no doubt that a common European solution is essential to address why people are fleeing, and to ensure that those who do so are treated properly. No member state of the European Union can opt out of this shared responsibility.

Taking in and integrating a large number of refugees poses huge social and economic challenges. Thousands of citizens, civil servants and volunteers have made a major contribution through their work in public offices, the police force, charity organizations and other authorities. This civic engagement reflects a strong sense of social cohesion. The tireless commitment shows that solidarity and empathy are among the fundamental values of our society.

Germany needs to invest heavily to ensure it can meet the challenges of the future. This has been known for some time but has been given added urgency due to the large number of refugees. 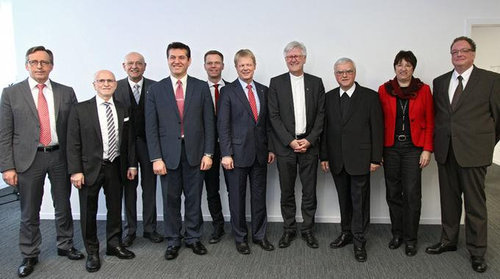 We need investment in education, training and employment opportunities.

We need affordable housing and a functioning public infrastructure. We need to provide safety from violence. And those afflicted by poverty and unemployment, or who lack a social safety net should not be neglected in the face of the current challenges. Everyone must have an equal chance to participate in our society.

The humane acceptance and integration of refugees is vital to preventing a social and cultural divide. It is a task for all of us – at federal, state and municipal levels; for corporations and labor unions; for the Church and other religious communities; and for charitable organizations. The whole of civil society must continue to shoulder the responsibility.

It is our firm belief that we can overcome the huge challenges we face if we tackle them together.

Peaceful co-existence and integration into German society are only possible if everyone recognizes and accepts the values enshrined in our Basic Law and those that form the basis of our society. These include freedom of religion – whatever that religion may be.

But this does not grant the right to use cultural or religious beliefs as a pretext for violating the basic rights of freedom of conscience, bodily integrity, or equality between men and women, or for discriminating against minorities. Whenever the authority of the state is disobeyed or crimes are committed, the perpetrator must be criminally prosecuted.

Perpetrators who are foreign nationals might, as a result, lose their right to reside in Germany.

Many refugees will likely remain here a long time, if not permanently. It is essential we recognize that every single one of them has endured hardship and sorrow.

A viable, lasting integration of these refugees will require a willingness on their part to integrate, coupled with sufficient opportunities to participate in society. Learning the German language is just as important as early access to integration initiatives, to education, to culture, the labor market, and sport.

Getting refugees into the labor market will be key to successful, long-term integration. Hands-on initiatives and access to vocational training and its successful completion are just as important as training programs that enable people to perform specific jobs. These programs should be merged with an overall strategy that provides equal opportunities when it comes to employment.

We want to strengthen democracy and the rule of law. We stand for solidarity and a cosmopolitan society. We believe that everyone seeking protection in our country has the right to a fair and constitutional asylum process. Those who flee their countries because of severe poverty and destitution and are not granted the right to stay in Germany, also deserve empathy and respect.

It is with great concern that we observe right-wing populist and extremist groups exploiting the current migrant situation to stir up hostility and to undermine our liberal, democratic system. We strongly oppose any form of hatred, racism, violence or defamation.

We appeal for the debate over refugees and migration to be conducted in an objective and solution-oriented manner, without stirring up public hostility or pursuing partisan interests; firm opposition to any expressions and acts of hatred, no matter where they come from or whom they target; the rigorous prosecution of inhumane attacks by right-wing extremists on refugees and their accommodation, as well as on the police, the media, and volunteers.

We support the strengthening of social cohesion; a dialogue on cultural, religious and social diversity and the creation of forums for people to come into contact with one another; a political approach driven by solidarity and sustainability that provides all people living in Germany with equal opportunities to participate; better educational opportunities as the key to successful social integration; a policy towards refugees that is in accordance with Germany’s humanitarian obligations and that guarantees a fair asylum procedure; the protection of our basic rights, including freedom of religion and conscience, the right to bodily integrity, gender equality and the prohibition of discrimination; universal protection against violence, hatred and xenophobia; sufficient funding to fulfill the mounting tasks of integrating refugees at municipal, state and federal levels; the use of law enforcement to fight crime and uphold peaceful co-existence in Germany; a Europe that protects human dignity and provides prospects for a harmonious society.

Particularly in times of crisis we must not abandon our democratic, social, and humanitarian achievements. Protecting human dignity is our goal.

We are therefore committed to joining forces in the spirit of tolerance, solidarity, democracy and the rule of law in Germany and the rest of Europe.