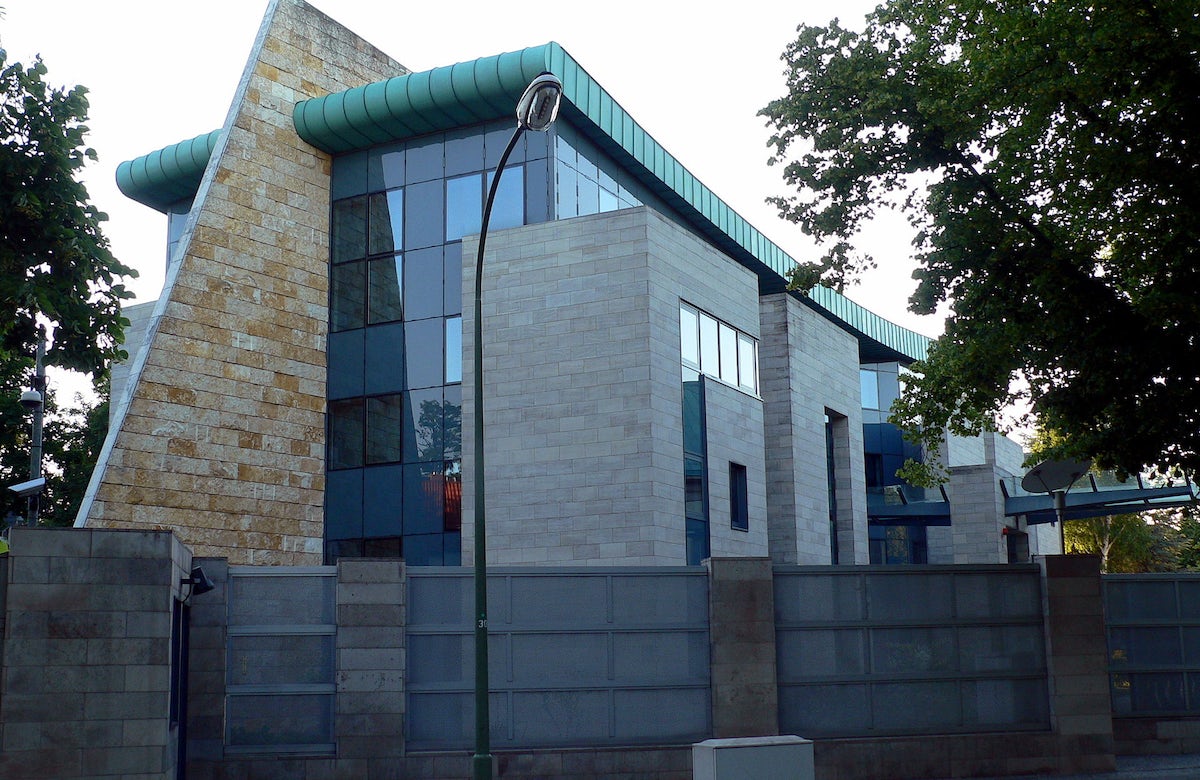 The Israeli Embassy in Berlin’s online Holocaust Remembrance Day commemoration was disrupted by Nazi sympathizers posting photos of Adolf Hitler and shouting antisemitic slogans, drawing condemnation from German Foreign Minister Heiko Maas, who decried the incident on Twitter as “an indescribable shame” and “a bottomless lack of respect toward survivors and toward the memory of the deceased.”

The ceremony, in which Holocaust survivor Zvi Herschel was to speak, was temporarily suspended, resuming after embassy staff individually approved each of the appropriate participants to prevent a recurring incident.

Israeli Ambassador to Berlin Jeremy Issacharoff wrote on Twitter that “to dishonor the memory of the #Holocaust and the dignity of the survivor is beyond shame and disgrace and shows the blatant antisemitic nature of the activists.” He later told the Israel Hayom news outlet that despite incident, he believes that the “majority of Germans respect the memory of the Holocaust. This incident is unfortunate but also extremely unusual and it, of course, deserves every condemnation.”

“Unfortunately, even today, and even on Holocaust Remembrance Day in Germany, these shocking incidents of anti-Semitism still occur,” said Israeli Foreign Minister Israel Katz. “It is our duty, as representatives of the Israeli political world, to fight anti-Semitism wherever it raises its head."

Due to the coronavirus pandemic, restrictions on public gatherings have led nearly all remembrance gatherings, including those scheduled by the World Jewish Congress, to be canceled in favor of online events.

The WJC has also created a series of video content, including survivor testimonials, in partnership with UNESCO.

In an interview with the German-based newspaper Tagesspiegel this month, Commissioner for Jewish Life in Germany Dr. Felix Klein warned that antisemitism could spread amid the climate of uncertainty surrounding the coronavirus. Klein remarked that antisemitic rhetoric and conspiracy theories are particularly increasing on the internet and social media, and called on citizens to report antisemitic behavior to the proper authorities.

In early March, Germany assumed chairmanship of the International Holocaust Remembrance Alliance (IHRA).  The head of the German IHRA team, Ambassador Michaela Küchler, pledged that as part of its mandate IHRA would continue to fight Holocaust denial, saying that “remembrance has no end...We will preserve the memory of the victims and survivors forever. We will do everything we can to ensure that the legacy of the murdered men, women, and children remains inscribed in the memory of humanity.”