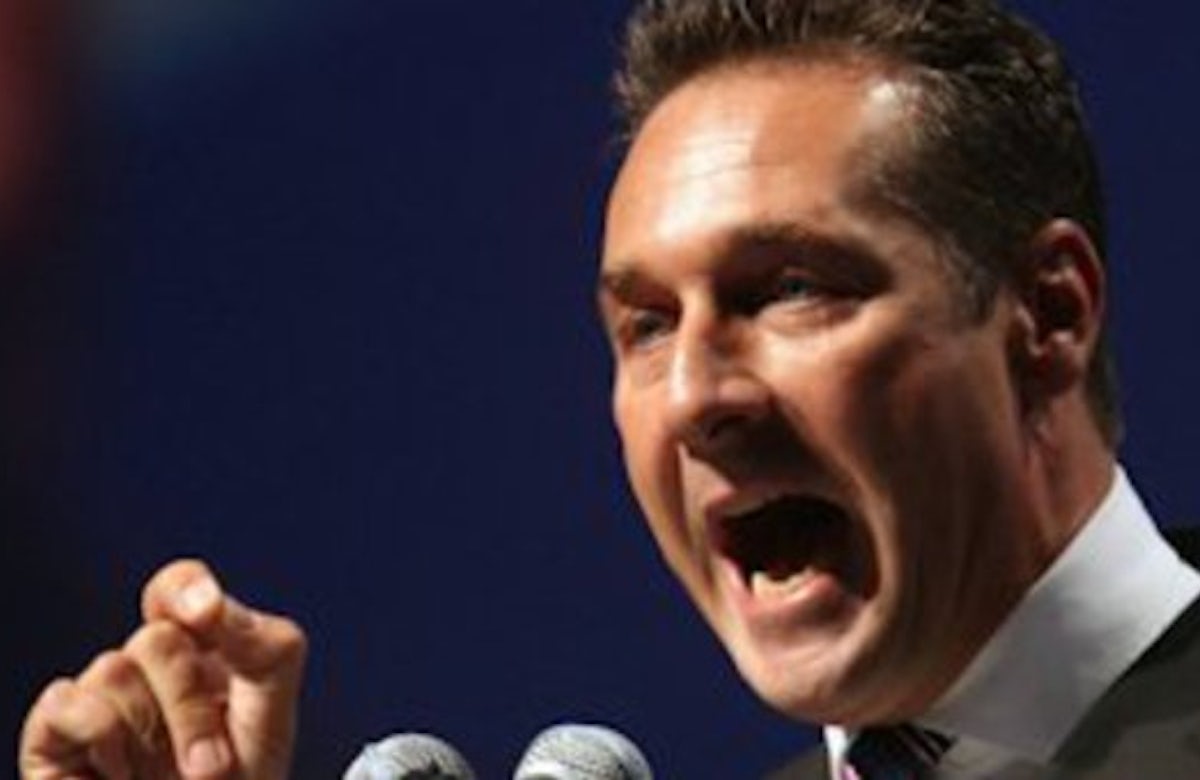 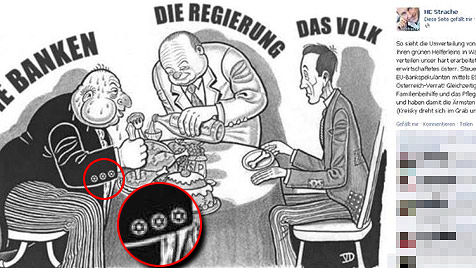 Oskar Deutsch, the president of Vienna’s Jewish community, has criticized Austrian far-right leader Heinz-Christian Strache for posting a controversial cartoon of a banker with a large hooked nose and Star of David cufflinks who profits from Europe’s financial crisis on his Facebook account. Strache’s posting showed the corpulent banker being fed delicacies by a figure dubbed “The Government.” A third figure at the table, labeled “The People”, thin and poorly dressed, has a bone on his plate and looks on in dismay.

Deutsch said the caricature depicted Jews in the way Nazi publications had done under Hitler. Strache’s Freedom Party (FPÖ) once led by the late Jörg Haider has turned from overtly anti-Semitic slogans to opposition of Muslim immigrants. However, its supporters include anti-Semites.  Deutsch said that anti-Semitism often came disguised as anti-Zionism and in the form of conspiracy theories blaming Jews for the economic downturn.

The Green Party called the cartoon "pure provocation", and Socialist Party deputy Petra Bayr said she was "deeply shocked" by these "new anti-Semitic and Islamophobic verbal slips" from Strache. 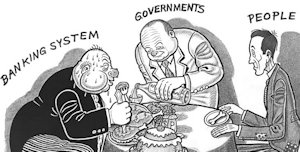 Strache claimed he had not been singling out Jews but criticized all “greedy bankers” regardless of their ethnic or religious background. A day after the original cartoon, Strache posted a second version, this time labeled in English. The Star of David emblems had been removed from the banker's cufflinks, and the shape of his nose had also been changed. Strache posted further comment on Facebook saying he did not tolerate anti-Semitism.

However, he posted another picture on Facebook, showing him next to a roast suckling pig with the rhymes: "Isst du Schwein, darfst du rein" (If you eat pork, you can come in). The picture remains on his page but the caption has now disappeared.