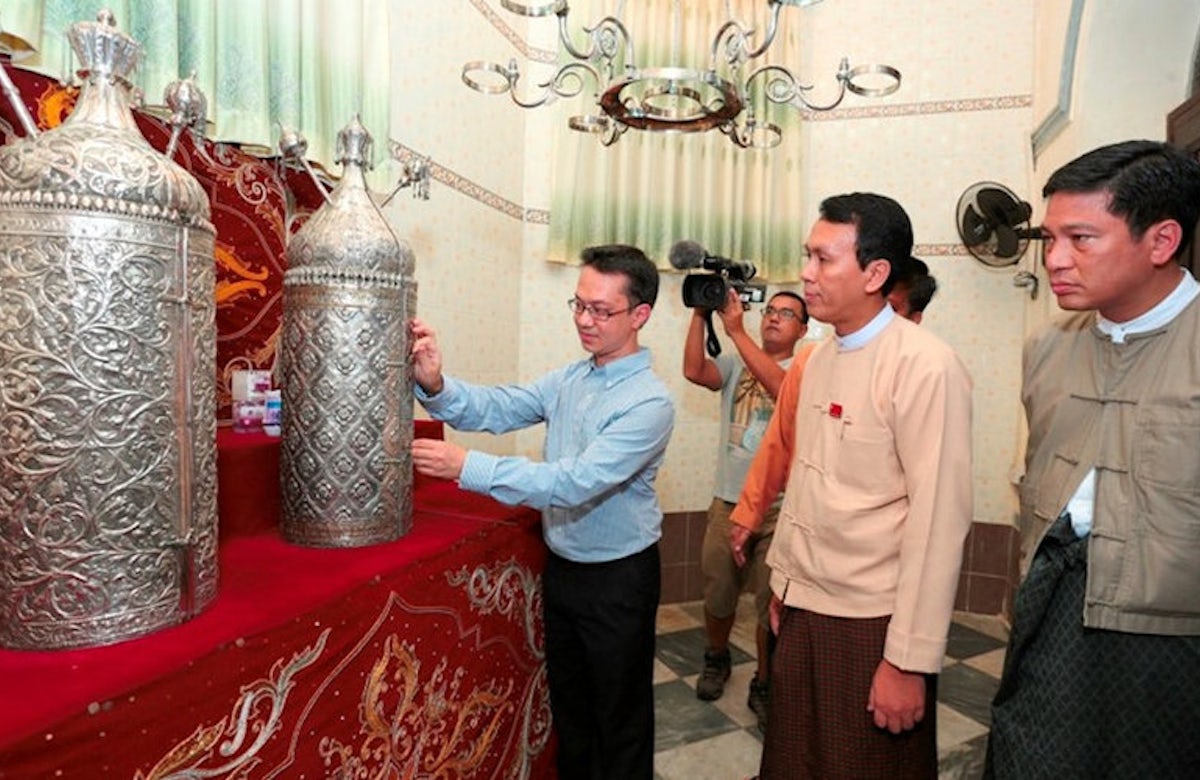 Senior Burmese government officials visited the only synagogue in Yangon, the capital of Myanmar (Burma), on the occasion of the unveiling of plaque to commemorate the Jewish presence in the South-East Asian country. 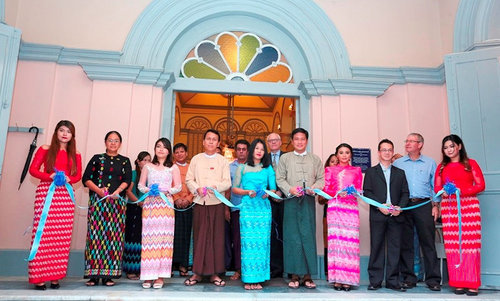 Apart from several ministers and the ambassadors of Israel and Canada to Myanmar, Thant Myint U, the grandson of former UN Secretary-General U Thant; Daw Than Than Nu, the daughter of a former Burmese prime minister, and the leaders from Christian, Muslim, Buddhist and Baha'i communities were present at the ceremony.

The synagogue of Yangon (the former Rangoon) was built from 1893 to 1896. It replaced a wooden structure dating back to 1854. The Jewish community of then approximately 2,500 was a presence in local business and a valued part of local society. Today, only a handful of Jews in remain in Myanmar. For more than 35 years, the Samuels family has taken care of the synagogue, cemetery, and what remains of the Jewish community in Yangon.

"The plaque was installed at the synagogue to remember the Jewish community who lived in Yangon for many generations and to recognize the diverse faiths still alive in the city today,” said Thant Myint-U.

“I am very proud and very excited for this blue plaque. It does not just show the architectural significance, but also recognize the dedication of families and individuals to preserve these buildings,” said Sammy Samuels, leader of Myanmar's tiny Jewish community.