Board of Deputies President: U.K. Jewish community must prepare for a ‘no deal’ Brexit 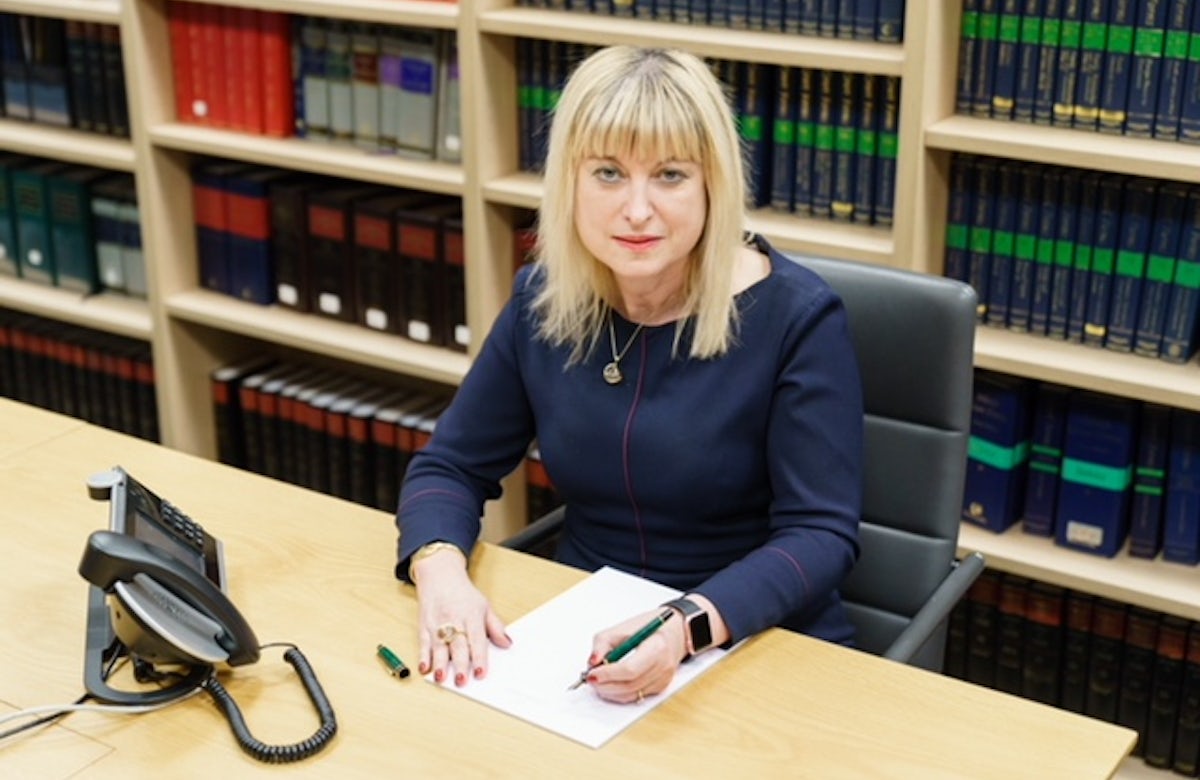 Board of Deputies President Marie van der Zyl has released an analysis of the Jewish community's preparations in the event of a no-deal Brexit. You can read her article in full below:

As the new Government takes shape, it seems increasingly clear that, while exiting with a deal remains the Government’s stated aspiration, a ‘no deal’ Brexit is now a strong possibility.

While Brexit excites lively debate in our community, there is not a clear-cut ‘Jewish’ case on either side of the argument, and the Board of Deputies has never taken an official view on Brexit.

We have seen it as our role to ensure the smoothest possible outcomes for the community, once the overarching decisions have been taken. This has involved education and advocacy, including working with our colleagues at the Jewish Leadership Council to produce 'Brexit and the Jewish Community', a guide to the main issues that Brexit would entail for British Jews.

Given the increasing likelihood of ‘no deal’, I thought that it would be helpful to set out the key questions at stake, and how the Board of Deputies, and the community as a whole, should prepare.

We are looking at six main issues:

1. UK-Israel trade – Let’s start with the good news. One of the concerns we had over Brexit was that trade with Israel, which is presently covered by EU-Israel agreements, would be affected. This could have impacted on Israeli goods, religious items – and even flights to Israel. However, Israel was one of the first countries to sign a comprehensive trade and partnership agreement with the UK, replicating the existing EU agreements, which will take effect after Brexit. This, at least, is sorted.

2. Sanctions against terrorist organisations – Before Brexit, a number of terrorist organisations, such as the Al Aqsa Martyrs’ Brigades, the Popular Front for the Liberation of Palestine and the political wing of Hamas were technically only subject to UK sanctions by virtue of being under a wider EU sanctions regime. The UK Government has responded to this issue by laying before Parliament a statutory instrument called The Counter-Terrorism (International Sanctions) (EU Exit) Regulations 2019, which will give the UK the powers to carry over the EU sanctions regime. The regulations do not list the organisations covered, but we have received assurances from ministers that the UK intends to sanction the above terrorist groups, and we will be working to ensure that this happens.

3. Kosher meat – As all agriculture legislation currently sits with the EU, UK regulation will need to be adapted to ensure that it is viable post any Brexit; deal or no-deal. This will include all legislation governing the slaughter of animals for food, which contains shechita. Similarly, the UK

would no longer be under the European Court of Justice, which arguably offers more protection from a human rights perspective. Our colleagues at Shechita UK have been leading on this set of issues. Regarding possible tariffs, the majority of shechita for the UK market takes place within Britain. Any food stuffs imported into the UK could well become more expensive in a no deal scenario. Imported kosher food from the EU would be in-line with other products, with any possible knock-on effects for the wider market.

4. Workforce supply – Many of the security guards and care workers that the Jewish community employs are EU migrants. While those who are already in the UK can apply for settled status, it might be harder to attract new workers, particularly if migration is to be significantly cut. The result could be rising labour costs, meaning, for example, that the Government’s grant to the Community Security Trust covers less, or that the budgets of Jewish social care organisations are stretched even further.

5. Populism – Where there is political chaos or economic disruption, people often seek a ‘scapegoat’ to blame. Jews and other minorities have often borne the brunt of this. We must continue to insist on a society which respects and celebrates different groups, whether Jews, Muslims, European citizens or other minorities.

6. General economic outlook – Economists are divided on what the exact impact of a ‘no deal’ Brexit on the economy would be. However, most predict that there will be at least short-term disruption. Members of our community, and some of our key communal institutions and charities are likely to feel the pinch, as will many parts of wider society. This will require us as a community to be more charitable, both to Jewish and wider causes, so as to help each other overcome any shortfalls.

At the Board of Deputies, we will continue to ensure that the Government makes the necessary preparation to support our community. There is a sense of willingness, but we want to see things over the line.

That said, we are about to go through an unprecedented political and economic event, and with even the best preparations there are likely to be unforeseen challenges. Costs of key Jewish services may well rise. I would therefore urge our community to do what it does best, to continue to be generous, both to Jewish and wider causes, to get us through the challenges ahead.

Read the analysis piece about the BoD's article in the Jewish Chronicle here.