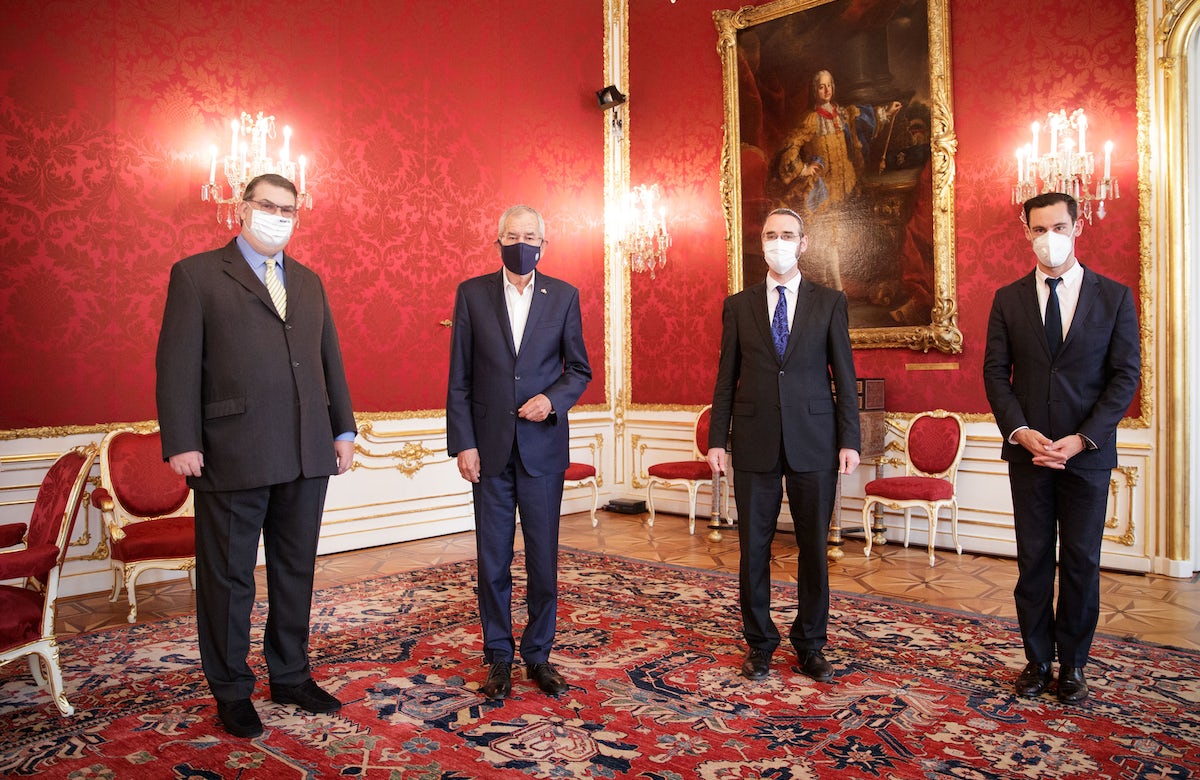 Rabbi Engelmayer, who was ordained by the Ashkenazi Chief Rabbinate in Israel, was unanimously appointed as Chief Rabbi of Vienna in February 2020 and assumed the position in August; this was his official meeting with Federal President Van der Bellen. After the meeting, President Van der Bellen tweeted a welcoming message and described the conversation as a “good and exciting exchange of ideas.”

Last month, Elie Rosen, president of Jewish community in Graz, Austria, was attacked with a baseball bat by an unknown assailant, just a week after the synagogue was vandalized with graffiti on two occasions. Rosen escaped the incident unharmed.  Responding to the attack, WJC President Ronald S. Lauder said, “The World Jewish Congress stands with Elie and the Graz and larger Austrian Jewish communities as they move forward from this incident of antisemitic hate. Such assault on Jews is becoming far too commonplace, especially in Europe but also elsewhere, including in the United States and Canada. I cannot condemn the perpetrator strongly enough, and we must acknowledge the deeper tragedy of global antisemitism, xenophobia and bigotry that threatens the fiber of societies worldwide.”

Following the attack on Rosen, Chancellor Sebastian Kurz announced an increase in federal funding to support security funding for the Jewish community in Austria. Announcing the decision on Twitter, Kurz wrote “the last weeks have shown that we have to act together to protect Jewish life in Austria even more determinedly. That’s why we as a state will support the Jewish community with its increased security costs.”

Responding to the increase in funding, Deutsch remarked that the need for increased security funding is a “sad but necessary reality” adding that “the close cooperation of our security staff and commission with Austrian authorities have made us one of the safest communities in Europe.”

Antisemitic incidents have risen in Austria in the past several years with the primary method of attacks being property damage. According to a report conducted by the Forum Against Antisemitism (FgA), antisemitic incidents increased by 9.5% over the last two years and more than double from five years ago.