A student reflects: Taking pride in my Jewish identity as a Ronald S. Lauder Fellow 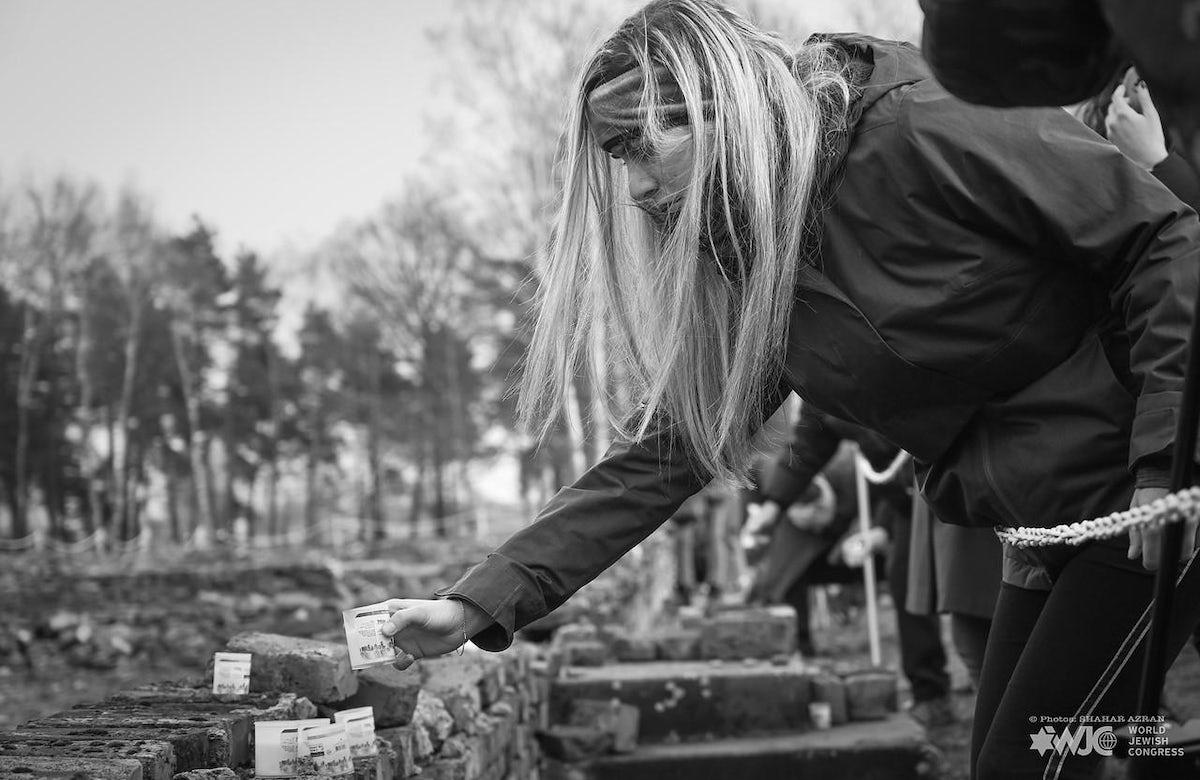 This past year has been one of immense personal growth as a Jew and beyond. As I wrap up my year as a Ronald S. Lauder Fellow of the World Jewish Congress, I’ve taken the time to reflect on the lessons learned, my impact on campus, and the incredible platform that I’ve been provided with to advocate on behalf of the global Jewish community, at a time when so many students are afraid to let their voices be heard.

The Ronald S. Lauder Fellowship provided me with such a voice, and introduced me to a global network of Jewish leaders who have taught me not only the importance of representing our people and our values, but also that the Jewish people transcend any form of regional, political or religious divides. I have learned that every Jew comes with a different upbringing and has lived through completely different experiences, but our souls and our struggles are one.

As a Jewish student on a college campus, it is very easy to feel alone. Modern-day antisemitism on college campuses is often belittled and considered to be a non-issue, though such beliefs could not be further from the truth. The antisemitism on campus often appears in the guise of BDS resolutions that are too frequently passed by university student leadership and professors who, despite their obvious knowledge and abilities, offer classes that fail to teach an objective representation of and the full complexity of the Israeli-Palestinian conflict. Because of this daily antisemitism, Jewish students all too often venture away from their Jewish roots when they enter college, fearing that if they are vocal or even acknowledge their support of Zionism or Israel, they risk becoming a social outcast.

I remember my freshman year at Stanford; it was only the first week of being on campus when a conversation regarding the Israeli flag that I had hung above my bed within my dorm room was brought up. In the car with three others, the boy sitting next to me asked, “I noticed you have the Israeli flag in your room. That doesn’t surprise me, all the Jewish people want is power and control.” I was taken aback. To this day, I am not sure if I am more bothered by his comments or the fact that the two other students who were sitting in the car stayed in absolute silence and left me to defend my identity, my people, and myself, completely alone.

In my fury and self-defense, I returned to my dorm that night and bought a bigger flag. It was my first week away from home, and while I should have been making new friendships in this completely new environment, I was already beginning to question whether I should begin to hide my identity.

It’s easy to understand why so many students shy away from their Jewish roots and ruffling as little feathers as possible, especially in an environment that could have such a high impact on one’s career; there’s simply too much at stake.

However, doing so does a disservice to the millions of Jews who were persecuted and murdered simply because they were Jewish, and to all of those who fought for to preserve the Jewish people.

Through the Ronald S. Lauder Fellowship, I was given a clear sense of purpose. I was given the opportunity to walk through the gates of Auschwitz alongside Holocaust survivors, witnessing firsthand their tears and their tremors as they relived their nightmares. I was able to speak to survivors of the AMIA bombing, where 85 people were murdered in Buenos Aires’s central Jewish hub in an attack perpetrated by Hezbollah. And I was able to communicate with Jewish leaders from every inhabitable continent of the world and learn from their daily lives and the antisemitism they face as Jewish individuals in the modern day. I was inspired to bring all these experiences and these voices back to my own campus, and to work to amplify lost voices in order to preserve the culture and the traditions that so many are still trying to silence.

As a Lauder Fellow, I learned, we Jews must advocate for each other and ensure that our voices are never silenced. We must never hide our identity, and never stop learning and growing to be better people and better leaders. We must work to be ignited flames, flames that shine bright and strongly today, and forever.

Cami Tussie is a senior in Stanford University, and a member of an international network of Jewish student leaders advocating and representing their local Jewish student community known as the Ronald S. Lauder Fellowship. 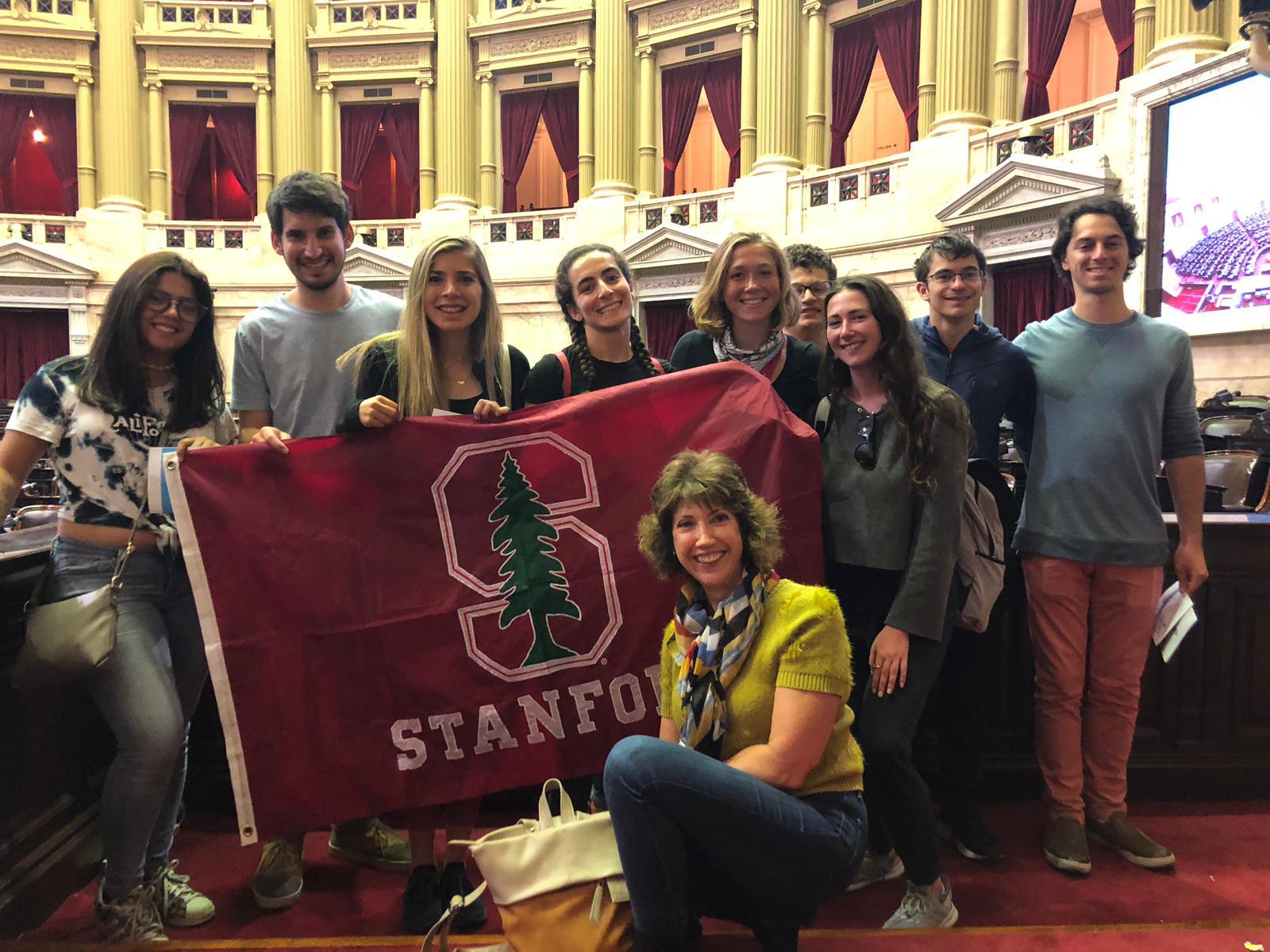