A Mass from Hell: Unmasking the Glorification of Croatia’s Fascist Ghosts 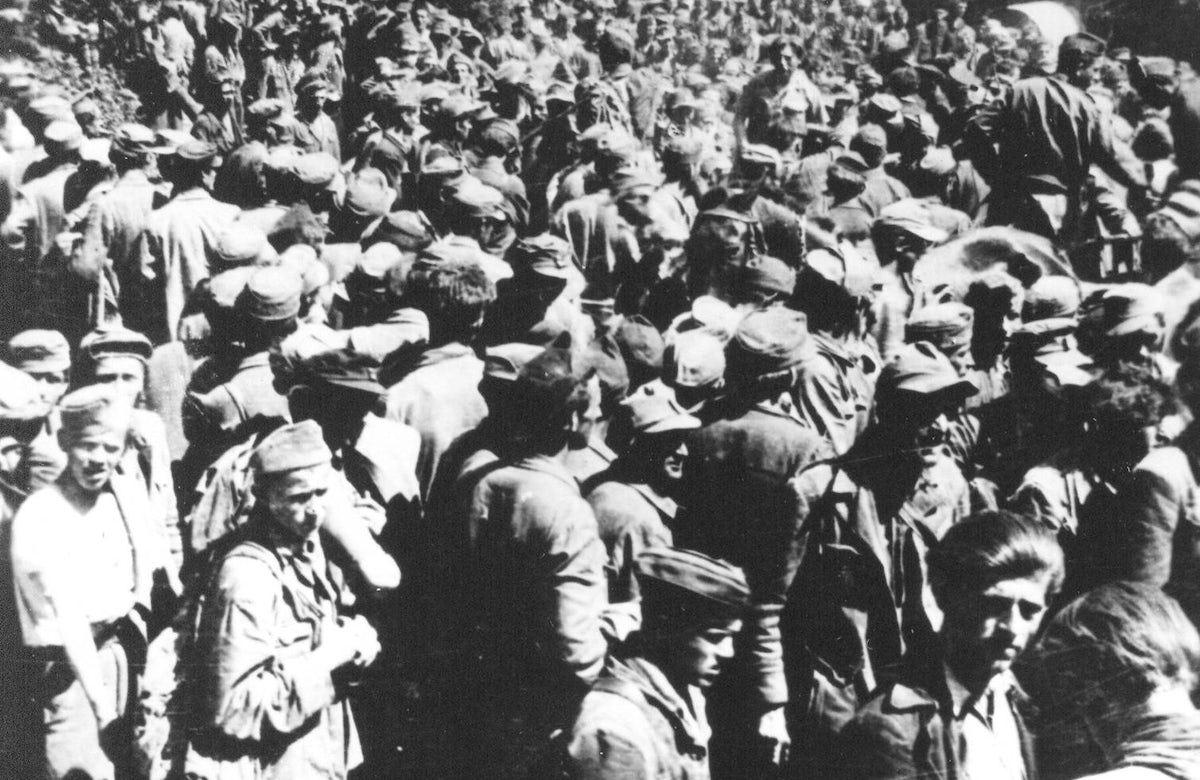 Although places like Auschwitz, Treblinka, Babi Yar, the Warsaw Ghetto and Bergen-Belsen are better known, the destruction of European Jewry was played out across the entire continent— nowhere with greater bloodlust and brutality than in the killing fields of the Balkans.  In addition to the Germans and Austrians who planned and orchestrated the killings and were the prime perpetrators of the Holocaust, we must not lose sight of the fact that people of many other nationalities served as willing and enthusiastic accessories and facilitators, and in some instances were no less guilty.  A glaring example was the Independent State of Croatia – in Serbian and Croatian, Nezavisna Država Hrvatska (NDH) – a German-allied puppet state led by the Ustaše, a Croatian fascist movement. The NDH, which included Croatia together with Bosnia and Herzegovina, as well as parts of Serbia and Slovenia, promptly instituted genocidal policies, and between 1941 and 1945, the Ustaše aggressively and viciously murdered hundreds of thousands of Serbs and tens of thousands of Jews as well as Roma and Croatian political enemies of the fascist regime.

To this day, Croatian society has been loath to confront this skeleton in its closet. Instead, the “heritage” of the killers who wrote the most sinister chapter in Croatia’s history has been glorified and whitewashed.

One of the most flagrant manifestations of this phenomenon is the annual commemoration co-sponsored by the Croatian government and the Roman Catholic Church in Croatia, attended by 15,000–30,0000 people in Bleiburg/Pliberk, a picturesque town situated in Carinthia on the border between Austria and Slovenia. Bleiburg was the place in which tens of thousands of Croatian collaborators and killers of other nationalities were turned over to the Yugoslav partisans by the British Army. Some participants make no secret of their sympathies and openly display symbols of Croatia’s murderous Nazi-friendly Ustaše movement.

For many years now, the World Jewish Congress has led the struggle against the glorification of perpetrators of genocide who have been “rehabilitated” and are now depicted as heroic figures in the national pantheon. As WJC president Ambassador Ronald Lauder — who has tirelessly fought those who would whitewash history — has repeatedly stressed: “Moral authority is necessary to prevent any further rehabilitation of Nazis and their accessories.”

The WJC has worked with many of its communities, affiliated organizations, and partners such as the European Union of Jewish Students (EUJS) to raise awareness of this situation and to combat it on the ground as well as in the halls of government and in the media. In close consultation with the Coordination of Jewish Communities in Croatia, it has been deeply involved in the situation in Croatia and has spoken out strongly against the annual event in Bleiburg and other acts of Holocaust revisionism.

This year, the outbreak of Covid-19 prevented the participants from convening their usual event. Nevertheless, on the morning of May 16, the Croatian ambassador planned to come to the memorial site and lay a wreath. Consequently, the EUJS decided to go ahead with its plans (dating back to December) to draw attention to the glorification of mass murderers by holding a counterdemonstration together with other anti-Fascist students (including the AK Bleiburg/Pliberk Alliance) and the Austrian Union of Jewish Students. In anticipation of the arrival of the protestors, the Croatian ambassador to Austria cancelled the 10:00 a.m. wreath-laying ceremony and showed up at 7:15 a.m. instead.

In Sarajevo, a few hours later, a large "Bleiburg Mass" was held at the city’s Roman Catholic Church. In response, the Bosnian Union of Jewish Students co-organized a demonstration attended by thousands of local anti-Fascists, who voiced their opposition to any glorification of those who committed genocide.

The WJC reaction to Bleiburg and the anti-Fascist student demonstration garnered widespread media coverage. In Croatia alone it was covered by no few than 40 media platforms (including on TV, radio, and in the print media) and achieved a similar resonance in Bosnia and Herzegovina. It was also covered in Serbia, where there is widespread interest in Jasenovac.

“The fact that Croatia’s parliament is sponsoring such a controversial event, under the banner of honoring and remembering those who gave their lives for Croatia’s freedom, is a slap in the face of all innocent victims of the Ustaše regime,” said Menachem Rosensaft, general counsel of the World Jewish Congress, who has been closely monitoring Holocaust obfuscation in Croatia for many years now.

To his great credit, newly-elected Croatian President Zoran Milanović has taken an unequivocal stand on this issue. He demonstrably walked out of a recent ceremony in Okučani when he saw that some of the participants were displaying Ustaše regalia and in so doing, made it known that Croatian society should have zero tolerance for any glorification of men and women who besmirched Croatia’s reputation. Sadly, the Croatian Roman Catholic Church has been part of the problem and not the solution. Disregarding Pope John Paul II’s bold declaration that antisemitism is a sin against both God and man, it has chosen to laud murderers who have never displayed the slightest contrition for their terrible deeds.