Jewish communities across the Middle East and North Africa have long been underrepresented in wider conversations about the rich cultural heritage of this complex region. As we have seen the warming of relations between the State of Israel and the Arab world, we have also witnessed a renewed interest – both locally and internationally – in the unique history of these now small communities that were once significant cultural forces.

Formerly prominent components of civil society in nearly every country across the MENA region, today, Jewish communities remain in Morocco, Tunisia, Egypt, Bahrain, Syria, Lebanon, Iran, Iraq, and Yemen. These now small and historic communities are the torchbearers of this millennia-long heritage. Additionally, growing communities are forming in the United Arab Emirates and Oman.

The World Jewish Congress is pleased to provide you with a glimpse of the history and narratives behind these communities.

WATCH: Commemorating the Expulsion of Jews from the Middle East and North Africa in the 20th Century

Join the WJC as we commemorate the Expulsion of Jews From the Middle East and North Africa with special guest Rabbi Joseph Dweck, Chief Rabbi of the Sephardi Community of the United Kingdom.

An Emerging Community: Spotlight on the United Arab Emirates

Ross Kriel, Jewish Council of the Emirates president, describes the community’s formation over the last decade and its emotional response to the recent announcement of normalized relations between the UAE and Israel.

Jewish legacy across the Arab world

The Story of Leila Murad

Over the course of her career, Leila Murad reached nearly unparalleled fame, leaving her mark on Arabic music and cinema.  Leila appeared in several best-selling musicals throughout her, becoming Egypt's top actress in the early 1940s. In 1953, she was even selected as the official singer of the Egyptian revolution. Public outrage after false reports surfaced that she had visited Israel and donated money to the IDF took a toll on her health and reputation. She surprised her fans by retiring in 1956, at age 38, and completely removed herself from public life. Despite her early retirement, her contribution to Arab music and cinema is undeniable with 27 films and nearly 1200 songs.

The Impact of Togo Mizrahi

When people think of Jewish directors and actors they often look towards Hollywood. But Jewish artists were also central to the development of the Arab film industry. One of the leading producers was Togo Mizrahi, an Egyptian Jew. During the 1940’s, he was one of the most prolific filmmakers in the country. This is his story.

The Resilience of Esther Azhari Moyal

Born in Beirut in 1873, Esther Azhari Moyal was considered a key intellectual in the 20th-century Nahḍa, or Arab Renaissance. In the 1890s, she began to write, mostly on women’s issues, for several Arab journals. Moving to Cairo in 1899, she launched a trail-blazing journal called al-ʿĀʾila (The Family) and began translating novels from European languages into Arabic. She finally settled in Israel where she continued her critical work. This is her story.

The Music of the al-Kuwaiti Brothers

Brothers Daud and Ṣalāḥ al-Kuwaiti Brothers were born in the early 1900s in the Jewish quarter of Kuwait City. In the early 1930s, the brothers moved to Iraq, where their talent for music flourished in the thriving cultural environment of Baghdad. Their careers placed them in front of Arab royalty, and their music flooded the airwaves. Sadly, their story has been all but lost – until now. This is their story.

The Legacy of Albert Samama Chikly

Jewish presence in North Africa dates back thousands of years. In Tunisia, one Jew was instrumental in bringing his country into the 20th century. Albert Samama Chikly introduced the bicycle, X-Ray, and radio to North Africa. But he is often overlooked for the impact he had on Arab cinema. This is his story.

The Humanity of Shalom Darwish

Born in Amarra, Iraq in 1913, Shalom Darwīsh is considered one of the pioneers of modern Iraqi literature. His stories exhibit innovation in language, style, and content, as well as deep humanity. Darwīsh was elected to parliament as a member of the National Democratic Party but resigned in protest of electoral corruption. Labeled a Zionist, he fled Iraq, eventually settling in Israel. This is his story. 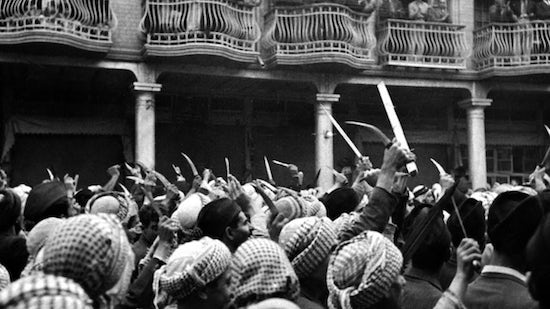 My Father Survived a Pogrom in Baghdad. I Still Hope for Jewish-Arab Engagement in Iraq.

"As he was only six years old, my father’s memory of the pogrom-like event is a bit murky. But he remembers my grandfather taking the children and his mother onto the roof of the house – and jumping from roof to roof until they reached a Muslim friend’s home, where they hid until the violence subsided. My father remembers the sounds of screaming from the attacks below," writes WJC Jewish Diplomatic Corps Liran Yechiel. 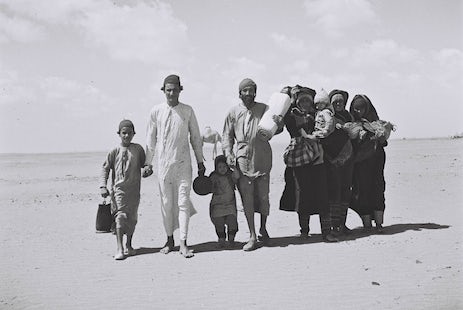 “As Western countries and institutions celebrated the fall of fascism and the end of its evils, and sought to repair the traumatic ravages of World War II, a new dark chapter of exodus was being written for the Jews of the Middle East. With the rise of Arab nationalism in the 20th century, the Jews of the Middle East and North Africa became a highly discriminated and vulnerable minority,” writes WJC Jewish Diplomatic Corps member Sara Galico. 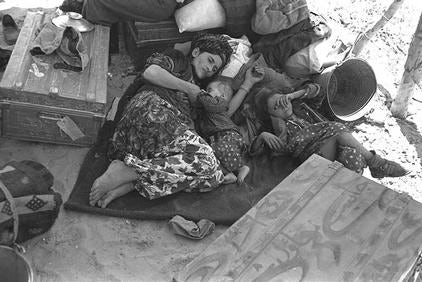 “The lack of international recognition of the plight of these Jewish refugees is shocking. It is crucial for us as Jews, and as humanitarians, to raise awareness of this seminal moment in Jewish history. The Jews who once lived in the MENA region – and their descendants – deserve recognition of their history, origin, and heritage,” writes WJC Jewish Diplomatic Corps member Aaron Serota. 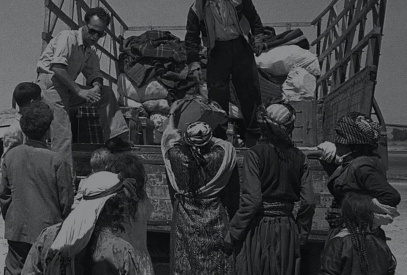 “They did not ask to be dispossessed. Their plight, a result of political dynamics abroad, external to their lives: the forces fighting the Arab Israeli War of Independence in Palestine. The fighting there would change their lives forever,” writes WJC Jewish Diplomatic Corps member Zach Silverberg. 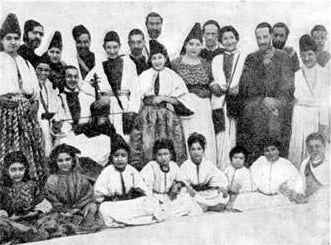 "My parents and grandparents were forced to flee Egypt in 1957, leaving everything they possessed behind, to start a new life in a country they didn’t know – Brazil – with a language they didn’t speak - Portuguese. All of their assets were plundered and as of today, nothing that remained of their lives in Cairo has ever been recovered. Still, from this expulsion emerged a new generation of Brazilian Jewish families that were raised in São Paulo and are very grateful to have been adopted by this diverse and welcoming country." writes WJC Jewish Diplomatic Corps member Andrea Mifano.

WJC hosted Dr. Sasha Goldstein-Sabbah of the Amsterdam Jewish Historical Museum and Doreen Dangoor, an Iraqi Jew who lived through the events of the Farhud, to commemorate the 80th anniversary of the Farhud pogrom.

More from the region

H.E. Shaikh Abulla Bin Rashid Al Khalifa, Ambassador of the Kingdom of Bahrain to the United States of America, discusses the history and future of Bahrain’s relationship with Jewish community.

The Holocaust in North Africa: A Yom Hashoah Event

Professor Brian K. Roby, Assistant Professor of Judaic and Middle Eastern Studies at the University of Michigan discusses the Jewish experience in North Africa during the Holocaust.

Historian Daisy Aboudi of Tales of Jewish Sudan discusses the history of the Sudanese Jewish community. 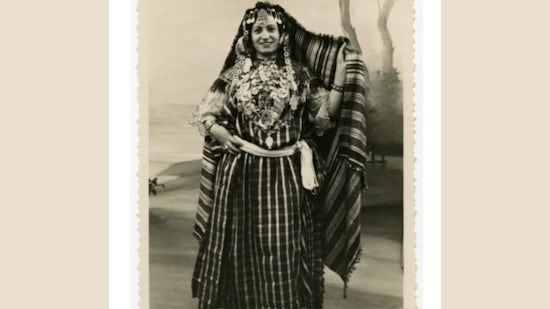 "This is my grandmother Daisy Seror Chelly, born in 1933, posing in a traditional Tunisian costume. Her grandfather was the President of the Jewish community of Gabès in the South of Tunisia. A mother of 4, she was a nurse and the Director of the Jewish day school in Gabès.

On 20 May 1941, the Arabs of Gabès, fired up by the propaganda of the Grand Mufti Haj Amin al-Husseini and the defeat of France by the Nazis, murdered seven Jews on the Place de La Synagogue in what became known as the Gabès pogrom." 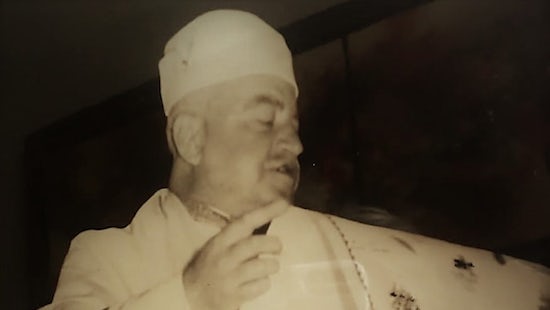 My Grandfather, Rabbi Abraham Mizrahi, was born in Lebanon and served as a Rabbi in Beirut's Jewish community.

He left Lebanon to serve as the chief rabbi of the Mount Sinaí Jewish community in Mexico and continue the traditions of his ancestors in the Middle East. My family and I are deeply integrated with our Arabic heritage as we maintain our Arabic language and our Lebanese foods. As a Mexican Jew of Lebanese origin, I feel very close to Mexico's Lebanese Christian community because we share the same culture.