The Governing Board of the WJC, comprising presidents of Jewish communities worldwide, held an unprecedented gathering at the headquarters of the United Nations Educational, Scientific, and Cultural Organization (UNESCO) in Paris in November 2018. During their meeting, the first of its kind at UNESCO, the WJC delegates signed a commitment to the preservation of Holocaust memory and to fighting antisemitism worldwide.

WJC CEO Robert Singer praised UNESCO for hosting the gathering, and for its ongoing commitment to the Holocaust memory and education. "The World Jewish Congress, under the leadership of WJC President Ronald S. Lauder, is honored to hold its annual Governing Board meeting at this critical institution, the headquarters of global education, culture, and science. We thank UNESCO for its hospitality and consistent engagement in promoting the preservation of Holocaust memory and education."

The delegation was joined by senior representatives of the international community and Israeli organizations, including Jewish Agency Chairman Isaac Herzog. 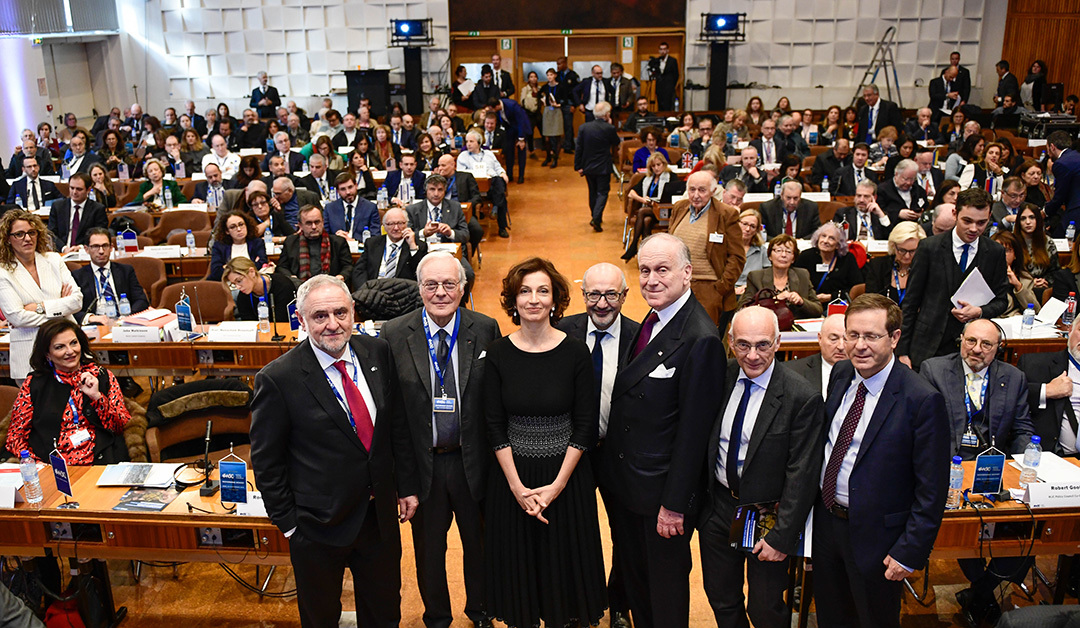 On the sidelines of the Governing Board meeting, WJC and UNESCO officially launched a joint Holocaust education website, geared at providing students, young adults, and others with essential information about the history of the Holocaust and its legacy.

The website was unveiled by WJC President Ronald S. Lauder, UNESCO Director-General Audrey Azoulay, and WJC Commissioner for Education and Academia Jean de Gunzburg at the UN agency’s headquarters in Paris, on the sidelines of the annual WJC Governing Board meeting.

“It is astounding and saddening that 75 years after the Holocaust, more than 46 percent of people worldwide have never even heard of the Nazi attempt to obliterate European Jewry, and some 32 percent believe that it is either a myth or greatly exaggerated,” said WJC President Lauder in his address. “As we face a world without survivors or witnesses, it becomes more critical than ever to ensure that the greatest atrocity the world has ever seen never be forgotten, lest history repeat itself. We must pass this knowledge on to our children, and their children, because by knowing the past, we can protect our future.”

“UNESCO is today the primary UN agency leading the efforts in fighting anti-Semitism and advocating for the importance of Holocaust education, and we commend its professional staff under the leadership of Director-General Azoulay, on their steadfast commitment to this critical cause,” Lauder added. 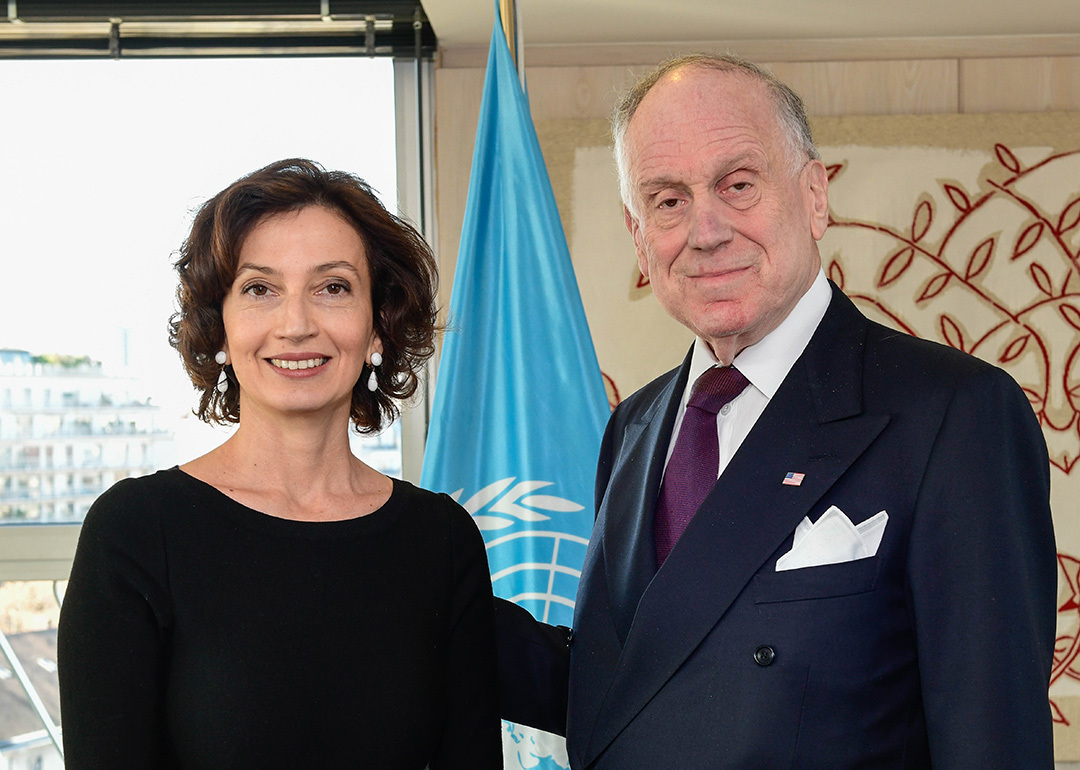 The interactive website, aboutholocaust.org, is now available in English and is expected to be launched in dozens of languages, including Chinese and Arabic, going forward. This unique initiative is specifically dedicated to providing frequently asked questions and common misconceptions about the Holocaust, and contains a range of simple content, including must-know facts, video testimonials of survivors, and the latest news updates about Holocaust educational programs and activities. The idea behind this project is to reach out to those with limited knowledge of the Holocaust and make the facts easily accessible and navigable.

At the heart of the website is the Teach-A-Friend feature, enabling users to ‘nominate’ a peer to receive automatic emails containing information and facts.

Aboutholocaust.org will also guide users to visit the United States Holocaust Memorial Museum's expert website for an in-depth and advanced look at the topics explored.

UNESCO Director-General Azoulay said: “It is essential to provide young people with the skills and tools to engage against the denial and distortion of history, which fuel extremism and antisemitism. We must fight against amnesia, intellectual and moral regression אo build a lively and collective memory. That  is the core principle of the website that is being launched today by the World Jewish Congress with the support of UNESCO.”

In presenting the website, WJC Commissioner for Education and Academia de Gunzburgsaid: “For the past 73 years, the educational systems of various countries have essentially ignored the Holocaust. This education must start by providing basic information to young people in order to remove the shroud of ignorance that has been placed upon them by their educators.  It is vital that people have the basic information so that they are at least able to have a grasp of the issues. In the end, the Holocaust will not be forgotten. The unaware will become informed. The ill-informed will become enlightened. And the enlightened will become empowered.”

The WJC and UNESCO have enjoyed a close and positive working relationship over the years, including a project currently underway working together on training decision makers to implement guidelines on fighting antisemitism. The launch of aboutholocaust.org marks an important step in the long-term partnership between the WJC and UNESCO on Holocaust education and combating anti-Semitism.