The Governing Board of the World Jewish Congress (WJC) met in Berlin in September 2014 amidst rising anti-Semitism in Europe. In resolutions, the WJC called on Germany to uphold a ban on the printing and sale of Hitler’s book ‘Mein Kampf’ and urged Europe to step up the fight against anti-Semitism. Participants also paid their respects to the victims of the Holocaust at three key memorial sites in Berlin.

The delegates and guests also took part in a rally organized by the Central Council of Jews in Germany at the Brandenburg Gate, where Chancellor Angela Merkel, Central Council President Dieter Graumann and WJC President Ronald S. Lauder were among the keynote speakers. 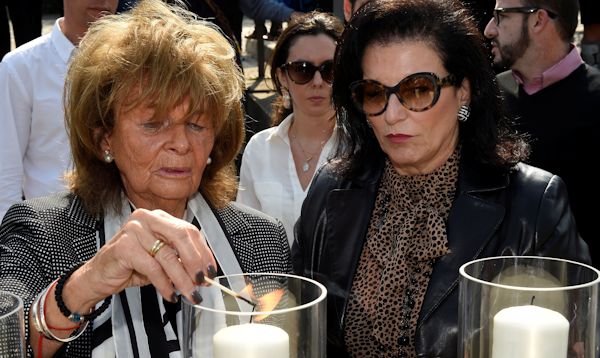 At the Gleis 17 memorial at Grunewald train station, from where the trains bringing Berlin Jews to the Nazi death camps departed during World War II, WJC Holocaust Memory Commissioner Charlotte Knobloch, 81, was moved to tears as she recalled her own experience during World War II and said: “We will not forget. Not us. The legacy of these six million people is our task, it is our obligation to fight for these people, for their remembrance, and for our rights here and now.”

The Jewish leaders from several dozen countries also paid a visit to the Wannsee Conference villa where on 20 January 1942 senior Nazi bureaucrats took a decision on the implementation of the ‘Final Solution’ which sealed the fate of six million Jews.

The WJC delegation also visited the Memorial to the Murdered Jews of Europe in central Berlin.

The WJC Governing Board, which meets once a year and is the highest decision-making body of the organization between plenary assemblies every four years, was chaired by David de Rothschild from France.

In resolutions discussed at the meeting, the delegates urged “authorities, publishers and book sellers in Germany to take appropriate steps to prevent the re-publication and sale of ‘Mein Kampf’ in book stores, including as an annotated edition, in the light of Germany’s special responsibility towards the victims of the Nazi crimes and in order to send a strong signal that books inciting to hatred against Jews cannot be sold legally in Germany.”

The WJC, which represents Jewish umbrella bodies in 100 countries, also criticized the United Nations over “the fact that several agencies and senior officials of the United Nations took a one-sided stand in this conflict, including by appointing an investigative committee whose terms of reference were skewed against Israel in advance, and made unfounded accusations against Israel of deliberately targeting civilians in the Gaza Strip.” 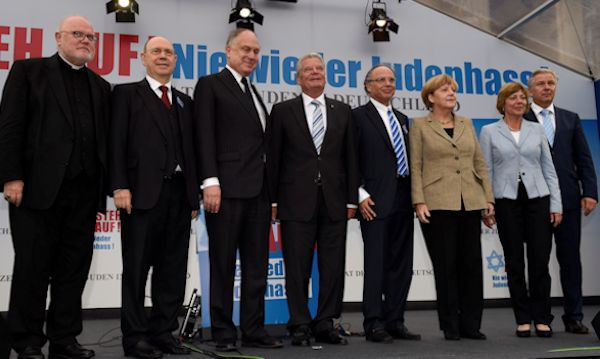 The international body reiterated its support for a two-state solution and urged Israel and the Palestinians “to return to direct peace negotiations.”

In a resolution on anti-Semitism in Europe, the delegates called for better law enforcement regarding hate crimes and lamented “that many European countries are not complying with international agreements in place with respect to combating anti-Semitism” and that “a large number of anti-Semitic acts are either not reported or not categorized” as such.

The World Jewish Congress urged “all countries to adopt a binding definition of anti-Semitic crimes based on the Working Definition of Anti-Semitism developed by the former European Union Monitoring Commission (EUMC) and used in a number of states' law enforcement agencies.”

Other resolutions adopted dealt with Nazi-looted art and with the upcoming 70th anniversaries of the liberation of a number of Nazi death camps in 1945, including Auschwitz. 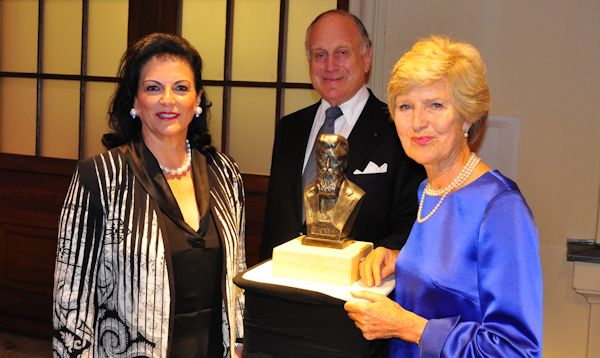 At a dinner on Monday evening, the WJC bestowed its prestigious Theodor Herzl Award posthumously on the German publisher Axel C. Springer (1912-1985) in recognition of Axel Springer’s tremendous efforts to bring Germans and Jews, and Germany and Israel, closer together. The prize was received by Springer’s widow Friede. In her tribute, WJC Treasurer Chella Safra said Axel Springer “was somebody for who reconciliation was more than just a word. It was a deeply held conviction.”

She ended by saying: “Let us all make sure, through a determined effort, that Jewish life continues to blossom in this country and that Israel and Germany remain friends and allies. Let us make ensure that Axel Springer’s legacy continues to inspire people.”

The Governing Board also heard addresses from two senior German politicians, Vice Chancellor Sigmar Gabriel and Foreign Minister Frank-Walter Steinmeier, both of who assured Jewish leaders that Germany had a special commitment to the well-being of Israel and the Jewish people.