From late May to early June 2022, WJC Lauder Fellows from 3 different cohorts, representing over 20 countries,  attended the first ever Lauder Fellowship Diplomacy Summit. Starting in Brussels and then making their way to Paris, the Lauder Fellows attended high-level meetings with government representatives from institutions like the European Parliament, UNESCO, NATO, and the CRIF, and visited the Parliamentarium.

Among other noteworthy diplomatic meetings, the delegation met with Policy Officer Pascale Falek of the European Commission, MEP Sergey Lagodinsky of the European Parliament, Foreign Policy and Security Researcher Dr. Benedetta Berti of NATO, Ambassador of Austria to UNESCO Claudia Reinprecht, Chief of Global Citizenship and Peace Education Cecilia Barbieri of UNESCO, and Executive Director Robert Ejnes of the CRIF.

Reflecting on the Delegation 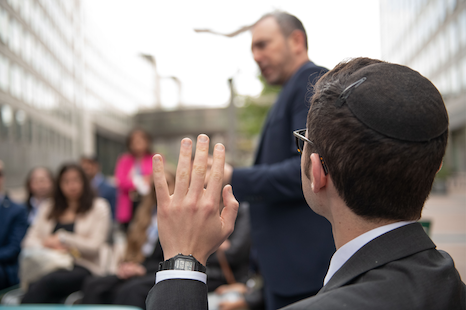 "Diplomacy is what keeps the dam from bursting, what maintains a stable present and fights for a more stable future. Globally, we are not where we want to be and things are far from perfect. Without diplomacy, though, they would be a lot worse, with no hope of getting better," writes Lauder Fellow Sruli Fruchter. 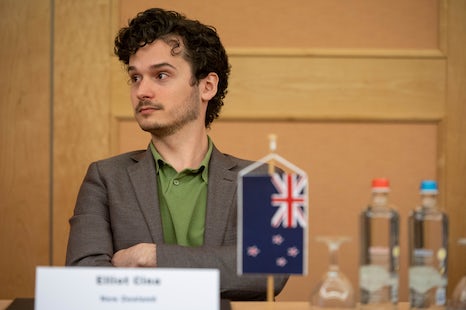 "Among our cohort were young, ambitious students who hope to join institutions such as this one. They will one day undoubtedly have a seat at the table. If I may be so bold, I think they will be uniquely qualified to do so," writes Elliot Cina. 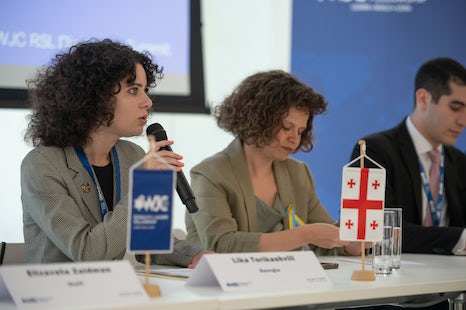 "One of the most valuable things I gained from the summit was meeting and forming friendships with young leaders from all over the world. Though we had different opinions and political views and came from very diverse socioeconomic backgrounds, we all felt a duty to carry out the diplomatic mission of the summit, which made it unique," writes Lika Torikashvili. 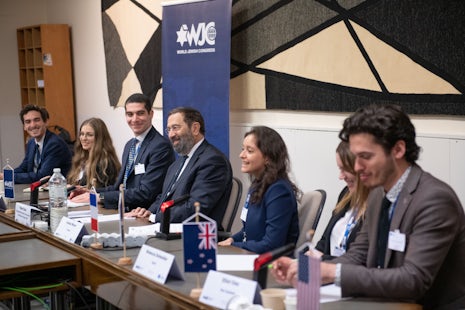 "...the Executive Director of Crif Robert Ejnes spoke at UNESCO before the dynamic delegation of the Lauder Fellowship - World Jewish Congress about Jewish life in France, the issues and concerns of the French Jews. #DiplomacySummit2022," tweets the CRIF, WJC's affiliate in France. 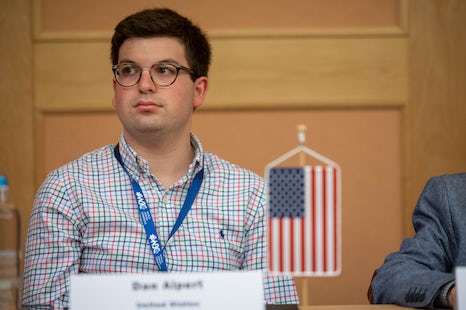 "An amazing experience and I’m grateful to have represented my community at important conversations with young Jewish leaders from around the globe. #DiplomacySummit2022," tweets Lauder Fellow Dan Alpert 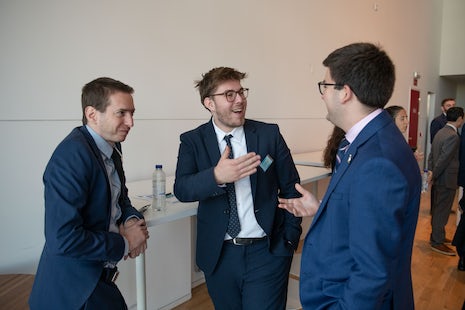 "This week I had the pleasure to attend the very first #diplomacysummit2022 as part of the WJC Ronald S. Lauder Fellowship," tweets Lauder fellow Mate Holler 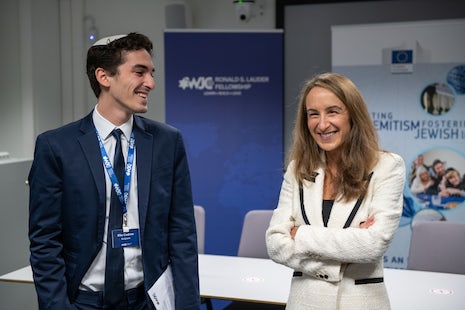 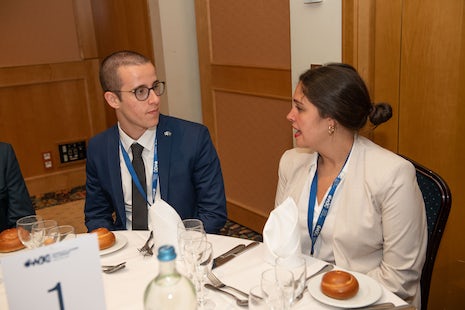 "The first day of World Jewish Congress Diplomacy Summit featured visits to the European Commission, talks with MEPs and a presentation by the amazing Alina Bricman," tweets Daniel Lazer 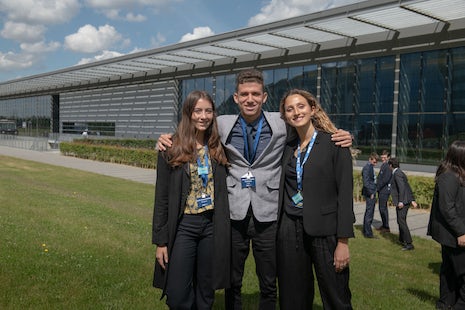 "I will always be so grateful with the World Jewish Congress and with the NextGen Staff for make me to be part of the amazing experience which was the Diplomacy Summit 2022..." writes Lauder Fellow Abel Hernandez 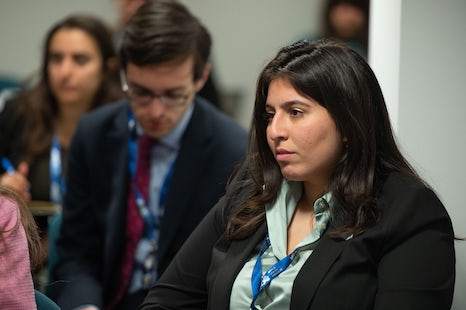 About the WJC Lauder Fellowship 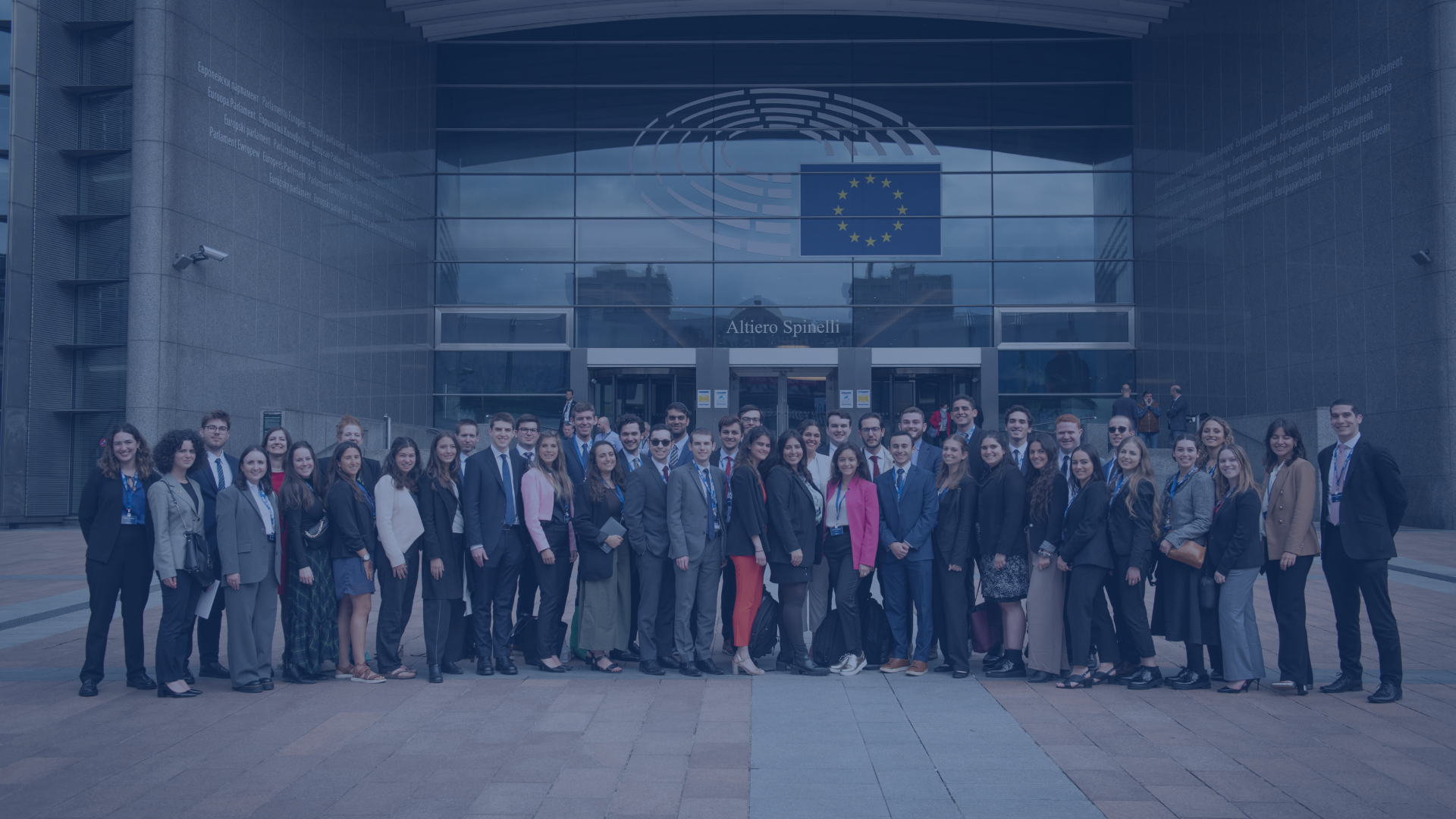 The Ronald S. Lauder Fellowship is an international network of top Jewish student leaders seeking to represent and advocate on behalf of the global Jewish community.