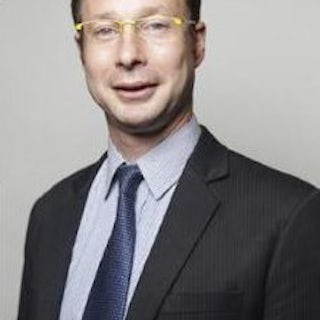 Lior has been volunteering with the World Jewish Congress for the past 3 years. Through his capacity as a lay leader, Lior is heading the World Jewish Diplomatic Corps (WJDC) Durban II Task Force. The WJDC network engages young leaders in practical diplomatic advocacy to address the needs of Diaspora Jewry and extending the reach and scope of the World Jewish Congress. Lior is also a founding member of KolDor, a global network of emerging young Jewish leaders who are committed to shifting the existing paradigms in the Jewish world and strengthening Jewish Peoplehood.
He was co-opted onto the Executive Committee of the WJC at its meeting in Jerusalem in October 2009.
Lior Herman is a Fellow at the European Centre for International Political Economy (ECIPE) in Brussels and is a visiting lecturer at the Hebrew University of Jerusalem since 2005, where he teaches European Political Economy and EU-Israel relations. He is a member of the boards of the Israeli Association for the Study of European Integration and of the Academic Board of the Munich European Forum, a non-for-profit society researching and teaching on a multitude of international and European issues. Lior is also a Director on the Board of the UK Friends of the Abraham Fund.
Between 2001 and 2005 Lior Herman was a senior government official at the Israeli Ministry of Finance, where he held the position of a Head of Department for Insurance Agencies and Agents at the Capital Markets Division, as well as Director for International Organisations and the European Union at the International Division. In his position at the International Division he was extensively involved in policy making, international negotiations and diplomacy with regard to Israel’s economic relations with the European Union and organisations such as the WTO and the OECD. He has been a non-resident member of Israel’s delegation to the WTO, with a particular focus on GATS negotiations, and had a leading role in negotiating Israel’s economic and trade chapter in the European Neighbourhood Policy (ENP).
Lior Herman has published in academic journals on a range of issues including Israel-EU relations, international trade, services, EU–Mediterranean relations, regional cooperation and international money laundering. He also serves as an adviser to governments and international organizations.
Lior is now completing his Ph.D. on international trade in services at the London School of Economics and Political Science.