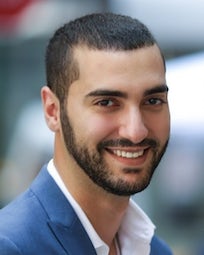 Isaac Choua is Operations Manager for the WJC Jewish Diplomatic Corps for North America and Latin America, and the liaison for the Jewish Communities based in the Middle East & North Africa. Isaac earned his master's degree in Medieval Jewish History with a concentration on pan-Sepharadi Studies from Yeshiva University’s Bernard Revel Graduate School, and holds a BA in Ancient Near Eastern Cultures and Abrahamic Religions from the CUNY Baccalaureate for Unique and Interdisciplinary Studies. He is founder and editor-in-chief of haSepharadi.com, a platform dedicated to the shared and varied traditions and of the many unique groups within the pan-Sephardic community, as well as associate museum curator at Kehila Kedosha Janina Synagogue and Museum in New York.