"You cannot be half pregnant. The same goes for being Jewish" - World Jewish Congress

"You cannot be half pregnant. The same goes for being Jewish" 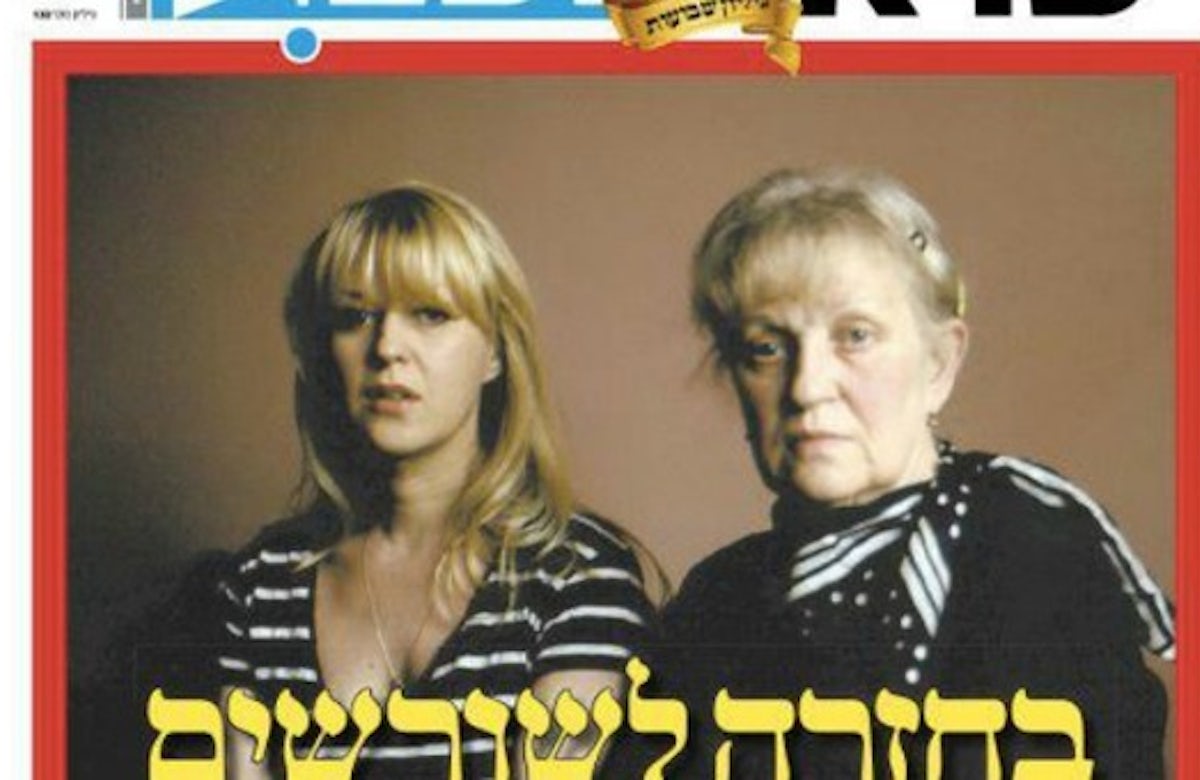 Meet Jelena Djurovic: Journalist, local politician in Belgrade and vice president of the Jewish community in Montenegro. She commutes between Belgrade, Serbia and Podgorica, Montenegro and wears all of her professional hats with diligence and expertise. She is a pillar of the Balkan Jewish community, but like no few others in that part of the world, she only discovered her Jewish identity when she was a child.

Jelena edits www.agitpop.me, a website devoted to pop-culture, politics and aggregations of some of the best and most viral articles on the internet. She also runs her own video production company and YouTube channel and until recently, worked as a radio show host on national radio station B92. She started her media career at the tender age of 11, hosting a popular program for kids on Yugoslav Radio Television. Over the last two years,  she has interviewed some of the most important figures in culture and politics in Balkans and  former Yugolslavia, as well as some famous artists of international fame (in NYC, for instance, she sat with Milton Glaser for an hour-long interview).

Jelena is an independent councilor in the central borough of Belgrade (Vracar), where she also serves as a President of the Committee for Gender Equality. She is also an avid fiction writer fiction (she has authored two novels, Kingdom (2003) and February 30 (2011).

So, how does Jewish activism fit into this pop-culture-journalism-contemporary politics combo? In Jelena's own words: "Very well." 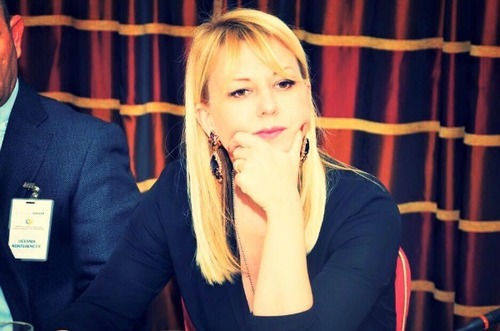 I live in a household where religion is never mentioned. My grandmother is a milliner and glove-maker, my mother helps her in our store in the center of the city and my father is one of the best-known lawyers in the country. I am the only child. I know very well that father is Montenegrin, since I am spending most of my holidays at our house in Podgorica and at Sveti Stefan, on the coast.

But, one day in August mom and granny come into my room. They need to talk. I know that look.

“Listen…” mom starts, her voice is unsteady.”…In September, when new school year starts, you will read parts of the only Nobel prize winning book for literature in Yugoslavia…”

“By Ivo Andric. The Bridge on the Drina, I know mom,” I interrupt. Smarty pants that I am, I think that the conversation is about the book.

“Yes. That book. We understand that you know but this is not about the writer, we came to tell you something about the characters in that book: sisters Zellermeier, uncle Caler… Well, they are our family. They are Nana’s grandmother and all immediate siblings.”

“That is nice… but what is so secretive ‘bout it?” – now I really don’t know where she is going with the story…

Mother pauses for a second, looks at granny for some kind of approval and then continues.

“Jelena, these people, our family, they are Jews. I mean, WE are Jews.”

Wow. We are Jews? What does it mean? How come nobody ever mentioned? What to do now? I have a million questions.

Our apartment was in the same street as Belgrade Synagogue. Mother and Nana spoke German between themselves when they wanted to gossip. There was a grand family gathering every Friday. Chicken broth was always there and it was superb. The signs were all around. The only thing that was missing was the Word that has finally been spoken on that hot afternoon in 1982.

For me, being Jewish was my own thing. My father’s parents were partisans, he was an atheist. My grandmother’s parents were Jewish socialists; they even met at Bund conference. I grew up in a secular family but Jewish culture and love for Israel got into me at the moment I started to explore it more. So, now I consider myself Jewish person and a true Zionist. I am fond on our religious rituals and song although I remained secular(ish) type. Being cerebral, I always place question marks on my actions as well as on the actions of our Jewish State. Sometimes, I fully agree with politics of the State of Israel, sometime less so, but the fact remains – as long as I have my brainpower I will fight to prove that being anti-Israel is in fact antisemitism. I stand strong with that argument, and I always did, wherever I lived (and I spent fair amount of my life in Budapest, Milan and London).

Fast forward to 2010. Just got back to Serbia after a few years of living in the UK.  Authoritative, cracked voice over the phone: “Jelena, this is Jasha Alfandari. I read in some paper that your father was Montenegrin and that your mom is Jewish of “The Bridge over the Drina” family fame, so how about you become one of the founding members of the Jewish Community in Montenegro?” I was overwhelmed. From Jasha, I heard about how Montenegro helped Jews during Holocaust, what are his plans and ideas. Immediately I was “all in”.

In four years, we’ve managed to create the most important yearly event of the Balkan Jews – Mahar forum. We’ve got a great plot of land to build a Synagogue, in the center of Podgorica, capital of Montenegro. We really are the glue of the Jewry in the region. It proves that it is not only important how big the Community is or how many members it has got, but also the ideas, the energy and willingness to do something. Montenegrins and Jews have lot in common – small countries, big national pride, a bit of a tribal mentality, deep and profound national narrative, but strong sense of humor and irony as well. Many times in our history we had to be cruel only to be kind.

As there is no Embassy of Israel in Montenegro (we have non-residential ambassador based in Belgrade, Serbia), Jewish people from all over, especially during summer holiday season, call Jewish Community in Montenegro for all kinds of help, and we are happy to do everything we can. Many families of Jewish origin live in our country, some are from former USSR, some from Israel. Around 3000 Jewish tourists visit Montenegro every year. And we are here for them. 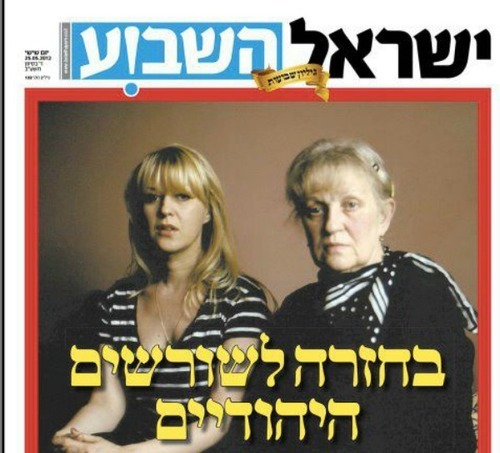 Yes, I was on the cover of “Israel Hayom” magazine and part of my story is well known in Israel (especially to my family there and their neighbors). Yes, I am Jewish activist, a columnist; I relentlessly fight on Twitter against any propaganda and lies by our adversaries.

But I never felt that “being Jewish” is my profession. I simply am what I am: I just love that Woody Allen monologue it's hard to satirize a guy with shiny boots from “Manhattan”. I take pleasure in sunbathing on Tel Aviv promenade and in that unexplainable feeling I get every time I visit Kotel.  I enjoy Kabbalah-inspired-conspiracy-theory-mocking “Foucault’s Pendulum” by Umberto Eco. I laugh out loud to Howard Stern rants, and go back often to re-read Christopher Hitchens’ columns, the ones that he wrote when he finally came to terms with his Jewish origin and started supporting our people.

Yes I always watch Bibi’s speeches in the UN and appreciate how he commands the audience and how good of an orator he is. But, I do have Golda’s and Dagan’s photos hanging on my wall… Bottom line - as my friend Lucijano Moshe Prelevic, chief Rabbi of Croatia and Montenegro, likes to put it: “You can not be half pregnant. The same goes for being Jewish.”