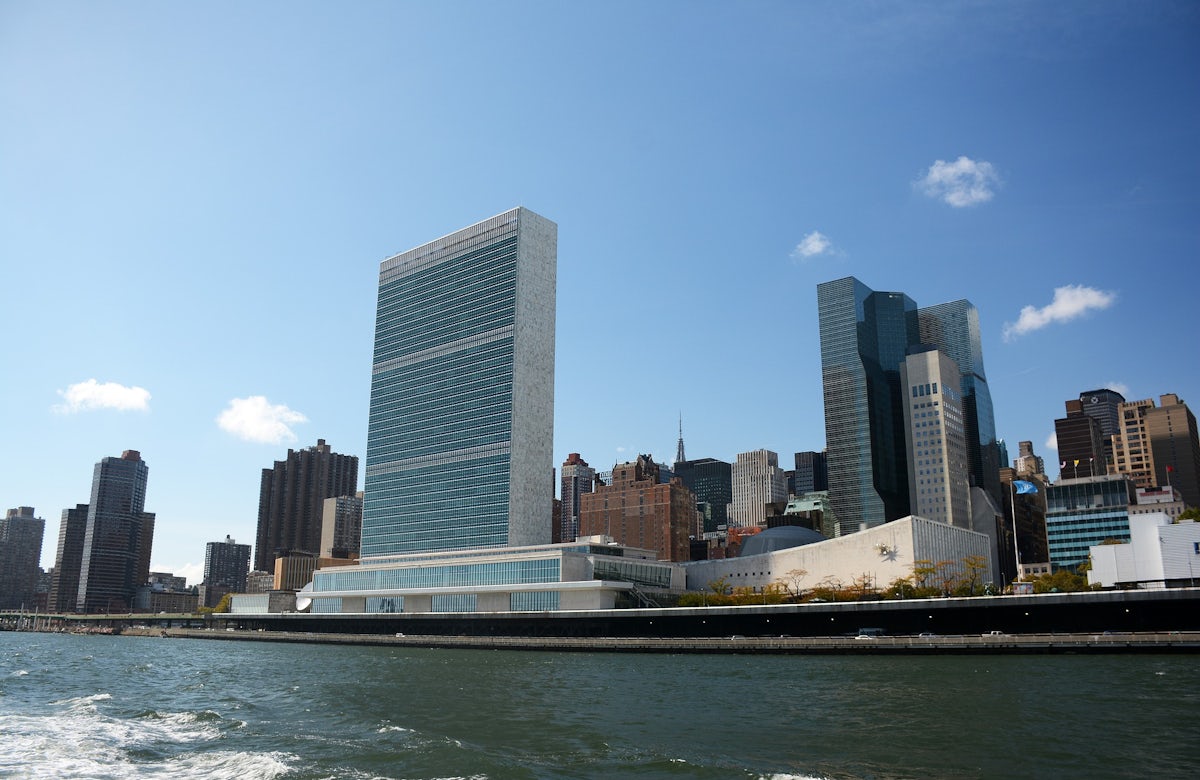 The annual United Nations General Assembly (UNGA) General Debate was held virtually this year due to the coronavirus pandemic and included statements by leaders worldwide on a range of topics, including peace in the Middle East.

U.S. President Donald Trump and Israeli Prime Minister Benjamin Netanyahu praised the recent normalization agreements between Israel, the United Kingdom of Bahrain and the United Arab Emirates and predicted that similar agreements with other states would follow. Several other countries also responded positively to the normalization of ties.

United Arab Emirates Minister of Foreign Affairs and International Cooperation Sheikh Abdullah bin Zayed remarked that the deal had opened “prospects to achieve a comprehensive peace in the region.” The Foreign Minister reiterated that with “the signing of a historic peace accord with Israel supported by American efforts, my country was able to freeze the annexation decision and open broad prospects to achieve a comprehensive peace.”

German Foreign Minister Heiko Maas called the normalization agreements “grounds for hope...[and] the result of courageous cooperation.” Mass added that he has been in contact with his “counterparts from Jordan, Egypt and France in recent weeks, and we agreed that this new dynamic should be seized by the parties for fresh, credible negotiations on a two-state solution that alone holds the promise of lasting peace. For this, both sides must make compromises and refrain from violence, but also from unilateral steps such as annexation and settlement construction.”

Other countries, including Oman, which some experts view as a country that may be the next to normalize relations with Israel, did not openly praise the normalization agreements but spoke of the importance of peace. In his remarks, Minister for Foreign Affairs of the Sultanate of Oman Sayyid Badr bin Hamad bin Hamood Albusaidi, said, “My country’s government supports the values of tolerance, collective action and peaceful coexistence with all. We believe in the principles of justice, equality, good neighborliness, the rule of law and non-interference in the internal affairs of others...While my country supports the sovereign right of states to determine whatever they deem as fit for their national interests, our common interests makes it incumbent upon us all to support peace and to participate effectively in efforts to disseminate it as a global culture by which people can progress and prosper.”

Sayyid Badr bin Hamad bin Hamood Albusaidi also used his speech as an opportunity to call for “the establishment of an independent state of Palestine, with East Jerusalem as its capital, on the basis of international law and the relevant United Nations Security Council resolutions as well as the Arab peace initiative which is based on the principle of land for peace and the two-state solution.”

Other members of the United Nations General Assembly were not as warm to the recent normalization agreements. In his remarks, President of the Palestinian Authority Mahmoud Abbas condemned the normalization agreements, saying it violated the Arab Peace Initiative and international law. He added, “The Palestine Liberation Organization has not given a mandate to anyone to speak or negotiate on behalf of the Palestinian people and the only path to lasting, comprehensive and just peace in our region requires ending the occupation and securing the independence of the State of Palestine on the 1967 borders with East Jerusalem as its capital.”

Other countries did not mention the recent agreement but used their platform as an opportunity to talk about the Israeli-Palestinian conflict. In his remarks, Prime Minister of Sweden Stefan Löfven called for the creation of a Palestinian state, saying: “We support, as the only viable means of solving the conflict between Israel and Palestine, a negotiated solution with two states living in peace and security. It must be based on internationally agreed parameters and an end to the occupation. The EU position is clear: annexation of occupied territory is illegal.”

Likewise, His Majesty King Abdullah II of Jordan said: “The Palestinian-Israeli conflict is the one conflict that started with the UN’s formation and that continues to fester to this very day. The only way towards an end to this conflict, the central conflict in my region, is through the two-state solution, in accordance with international law and UN resolutions. The only way towards just and lasting peace must lead to an independent, sovereign, and viable Palestinian state, on the June 4th, 1967 lines, with East Jerusalem as its capital, living side-by-side with Israel, in mutual peace and security.”