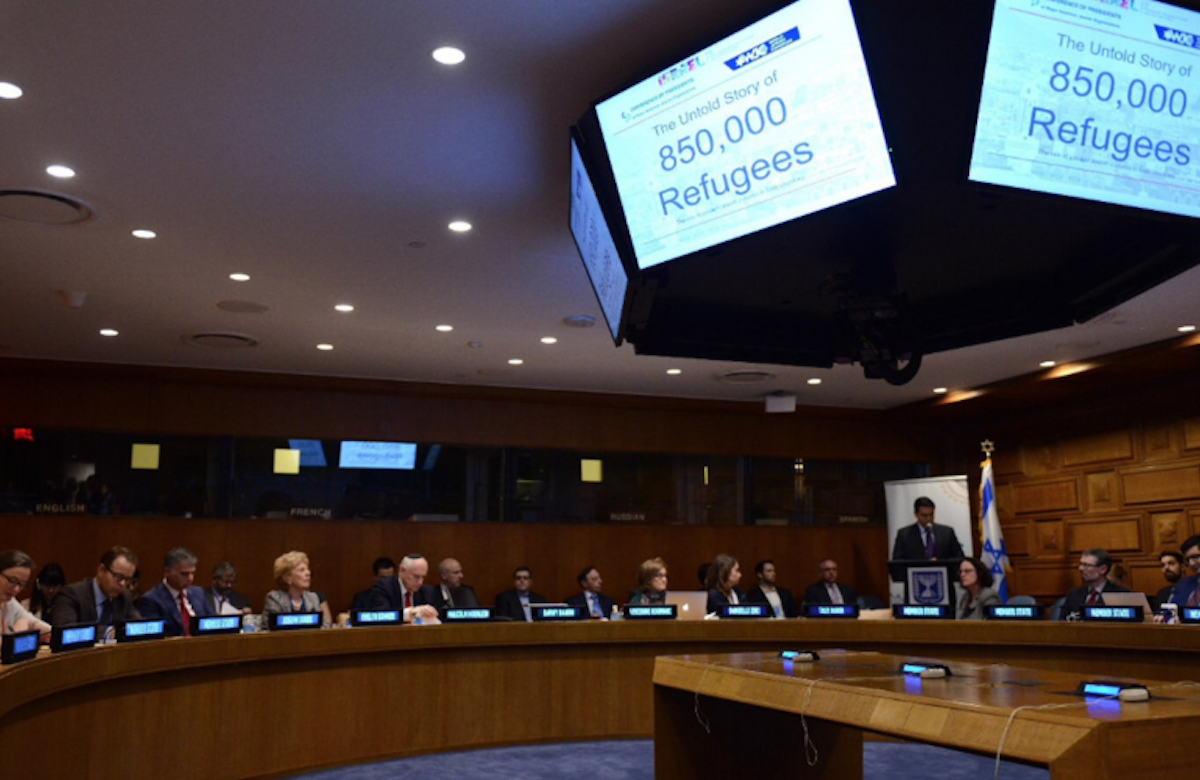 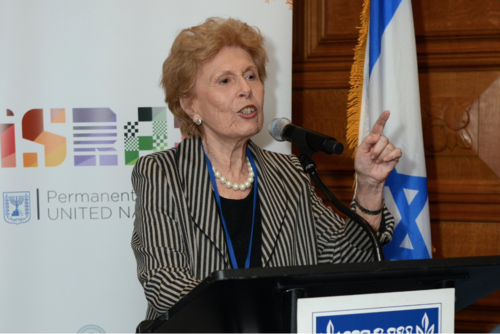 NEW YORK - The World Jewish Congress, together with Israel’s Permanent Mission to the United Nations, honored the 850,000 Jews forced to flee Arab lands after the creation of the State of Israel, at the UN headquarters in New York on Thursday. Evelyn Sommer, Chair of World Jewish Congress, North America, said that “the time has come” for international community to take concrete steps to ensure that justice be served for the refugees, who unlike Palestinian refugees, have been neither recognized nor assisted in any manner by the United Nations.

“For those of us old enough to remember what happened 69 years ago, it was a day of great celebration for Jews around the world, 2,000 years of exile had come to an end,” Sommer said, referring to November 29, 1947, when the UN approved a partition plan for the creation of the State of Israel. “But in the Middle East and North Africa, Jews could not celebrate because November 29, 1947 marked the beginning of the end for these communities.”

“What we do in the WJC is try to tell the world the truth, that there are two sides to the story,” Sommer added.

Sommer laid out several  steps for the UN to take to assist the Jewish refugees from Arab lands, among them to recognize the existence of the Jewish refugees, to remember the suffering of these Jews in any future negotiations between Palestinians and Israelis; to, ensure a real and accurate report of the assets Jewish refugees left behind in their former communities, and to ensure the respect and preservation of  the religious institutions, such as cemeteries and synagogues, still existing in Arab lands.

“Only once these elements are taken seriously will justice be served,” Sommer said.

"In the past seven decades, the UN has spent billions of dollars on Palestinian refugees, but not a dime on Jewish refugees from Arab countries. Palestinians refugees have their own refugee agency and their own department in the United Nations.  Nothing like this exists for the refugees we are remembering here today," Danon said. “The UN cannot undo history, but it can finally recognize the grave injustice of the 850,000 Jewish refugees from Arab countries- the forgotten refugees."

During the UN event, noted film maker Vivienne Roumani, who has chronicled the histories and memories of Libyan Jewry and has written and lectured widely on the experiences of Sephardic Jewry, spoke about the last Jews of Libya, and the legacy they leave today.