The World Jewish Congress (WJC) has criticized last week’s decision by the city council of Trondheim, the third largest city of Norway, to back a boycott Israeli goods from West Bank settlements. 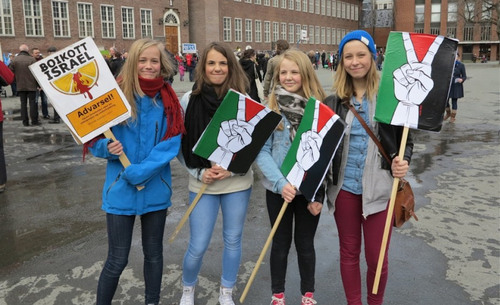 In a letter to Norwegian Foreign Minister Børge Brende, World Jewish Congress CEO Robert Singer said the resolution was based on “double standards” and added: “To Jews around the world, due to what happened not so long ago in Europe, calls for a boycott of Jewish businesses resonate in a special way.”

Singer wrote: “In its resolution, the city [council of Trondheim] declares its opposition to Israeli policies that harm Palestinian sovereignty and livelihood. Ironically, the boycott will do just that.

"Such a move will not just punish Israelis, it will also harm the thousands of Palestinian workers employed there by Israeli companies. Moreover, it will undermine efforts to coexist and cooperate on the ground, two necessary elements for the two-state solution that is essential to ending this conflict.”

The WJC CEO added: “Everybody has a right to express views and voice criticism about international affairs of concern. However, in this instance, we notice once again that the Boycott, Divestment and Sanctions campaign targeting Israel uses double standards. No other country is being made the target of such a hypocritical campaign. Trondheim wants to boycott Israeli goods, and Israeli goods alone, for political reasons.

"Apparently, Israel is the only country of interest to the members of the Trondheim City Council that backed this resolution.”

Singer said that “To Jews around the world, due to what happened not so long ago in Europe, calls for a boycott of Jewish businesses resonate in a special way.”

He urged Brende to “condemn this resolution and encourage Trondheim, and other cities in Norway, to focus their efforts on the much-needed rapprochement of the two sides instead of promoting boycotts.”

The resolution adopted alleges that “Illegal settlements are expanding, the construction of the wall continues, Palestinians are subjected to daily harassment and face major obstacles in their daily lives. This is a policy that Trondheim Municipality cannot support. The municipality will therefore refrain from purchasing goods and services produced in the occupied territories." The city council is also asking residents of Norway's third largest city to personally boycott settlement goods and services.