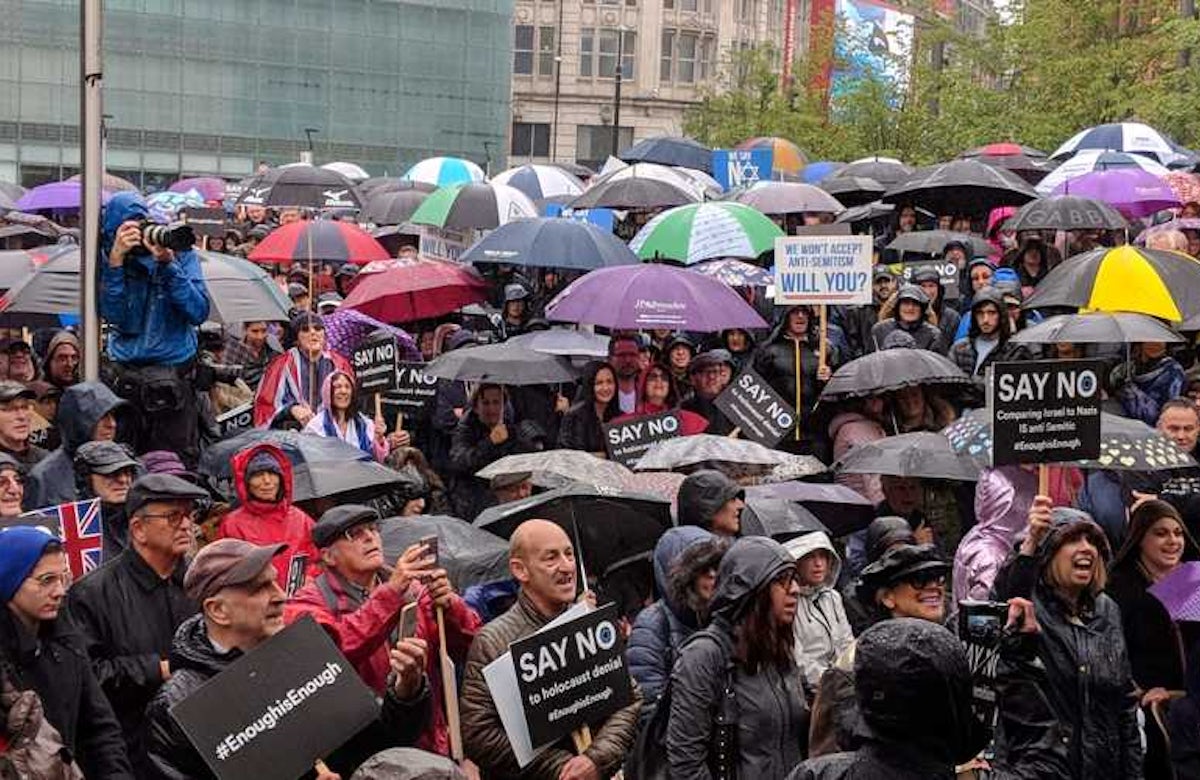 NEW YORK – The World Jewish Congress has joined its UK affiliate, the Board of Deputies of British Jews, in sounding the alarm on a report released Thursday by the Community Security Trust indicating a record high total of reported antisemitism in the United Kingdom.

WJC President Ronald S. Lauder said in response to the findings: “The Community Security Trust’s report, finding a record high in antisemitic incidents for the third year in a row, paints a worrying picture for the British Jewish community, one of the largest and strongest in the world, and one which has lived in safety and security for decades. Over the last few years, we have seen an extreme conflation of anti-Zionism and antisemitism, among both average citizens and political figures, particularly within the Labour Party. British Jews still live in relative peace and harmony, and we must do everything we can to make sure that continues.”

“The UK was the first country to formally adopt the International Holocaust Remembrance Alliance’s definition of antisemitism, an encouraging and positive move for which we are most grateful. The next step must be to ensure that the definition is adopted systematically and across the board, to yield as an effective tool for law enforcement. Adopt; encode; and enforce. This will allow antisemitism to be confronted appropriately and comprehensively,” Lauder said.

Board of Deputies President Marie van der Zyl said earlier in response to the CST report: “For the third year running, the CST has reported a record total of antisemitic incidents in the UK. Events in Gaza and the ongoing antisemitism crisis in the Labour Party undoubtedly played a role in these figures, and they are very worrying for Jews living in the UK.  Overall, the UK remains a happy place for its Jewish community but this report shows that there is no room for complacency. Defeating the evil of antisemitism will take a concerted effort by the country’s political leadership - in all parties - and civil society. We must strive to make our country a just, safe and respectful society. There can be no room for racism and hatred.