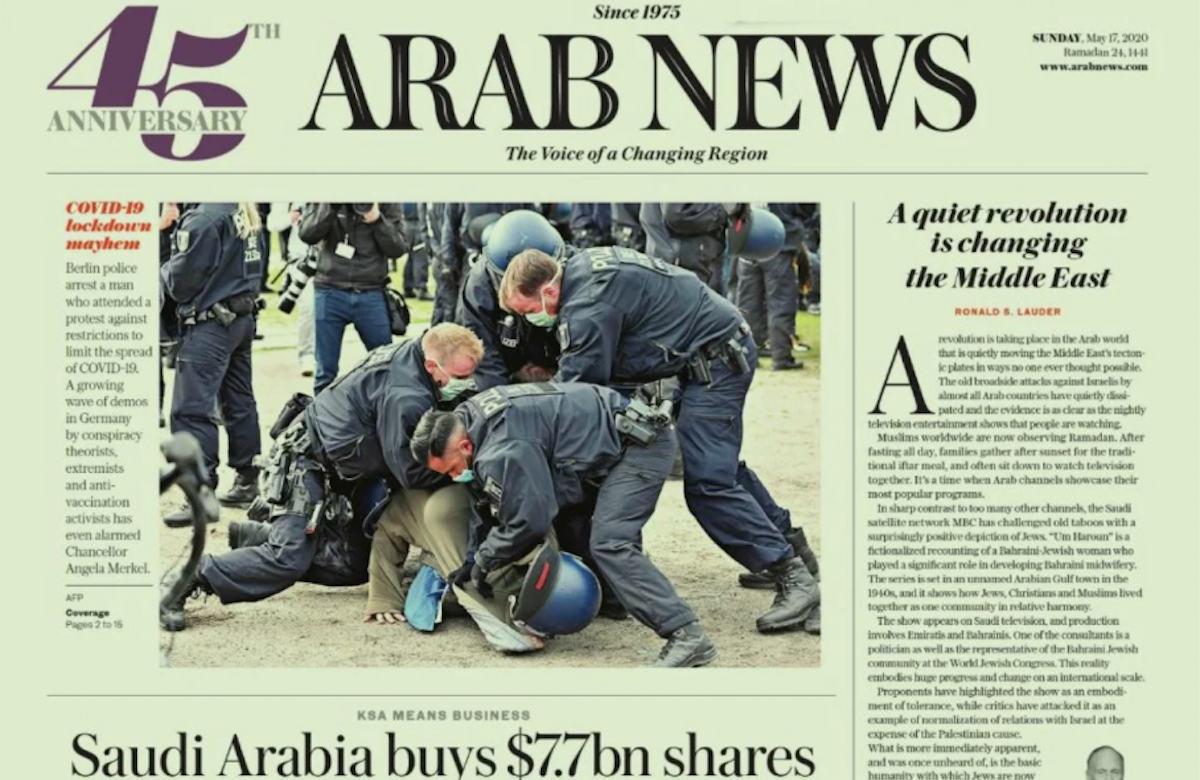 This is the first time that a media outlet in Saudi Arabia has published an opinion article by a Jewish leader, indicating an increased openness in the Arab world to relationships and enhanced dialogue with the Jewish community.

In the commentary, “A Quiet Revolution is Changing the Middle East,” published in print on Sunday, May 17, during the Muslim holy celebration of Ramadan, President Lauder praises the Saudi monarchy for encouraging Jews and Muslims to get to know one another, and expresses his hope that “in the Middle East, which has lived with too much violence for far too long, peace is within reach.”

The full text of the published piece can be read here: https://www.arabnews.com/node/1675736