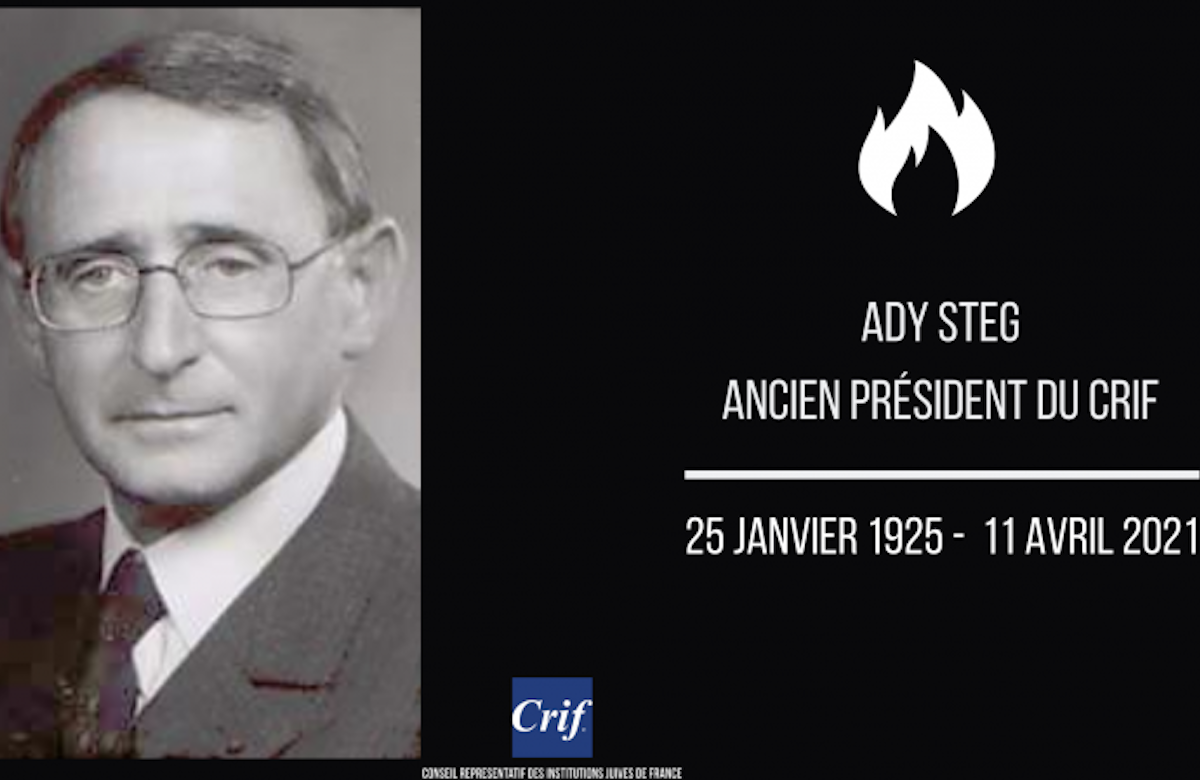 NEW YORK -- The World Jewish Congress deeply mourns the passing of Dr. Adolphe (Ady) Steg, who was born in Verecky, Czechoslovakia, in 1925 and raised in France. Upon completion of his medical studies, Dr. Steg became a surgeon and professor of urological surgery in Paris.

In addition to a meaningful career in medicine, Dr. Steg worked tirelessly on behalf of many Jewish organizations, first as president of the Union of Jewish Students in Paris (1948) and vice president of the World Union of Jewish Students (1949), later going on to become a leading member of the Fonds Social Juif Unifie, the Consistoire, and the Alliance Israélite Universelle.

He was a good friend of the World Jewish Congress, having been involved in its French section as the president of the Conseil Representatif des Juifs de France (CRIF) from 1969 to 1974. In addition, he was a member of the Fondation pour la Mémoire de la Shoah.

Despite the horrors of the Holocaust, he never lost his belief in the essential goodness of humankind, saying that even under the worst of circumstances, there were those who rebelled and disobeyed. Dr. Steg’s outstanding leadership skills and his deep and abiding commitment to representing French Jewry earned him not only the respect of all those who knew him, but also a Grand Croix dans l'Ordre National du Mérite and the title of Grand Officier of the Legion of Honor, as well as numerous other accolades. As former French President Chirac said in a speech honoring Dr. Steg as a member of the legion of honor, he was a Jew and a Frenchman “who wanted to reconstruct, revive and rebuild that which the Shoah tried to destroy.”

May Dr. Steg’s optimistic spirit continue to inspire, and may his memory be a blessing for generations to come. He will be sorely missed.